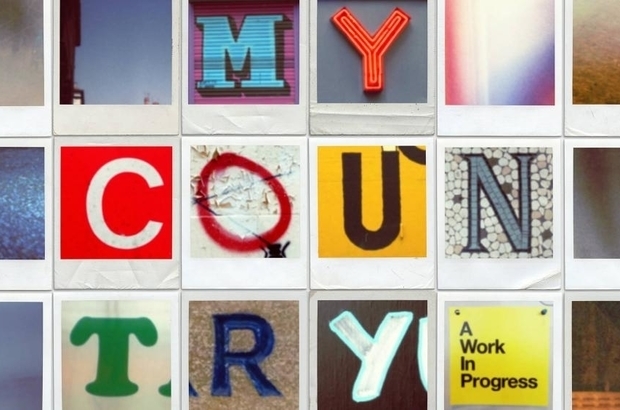 On 23rd June 2016, the nation heard the voice of its people, and the UK left the European union. In My Country: A Work in Progress, we are brought the individual voices that played a part in this momentous decision. In the weeks immediately following the referendum result, the National Theatre travelled across the country, interviewing voters and non-voters, capturing attitudes towards Brexit from people of all ages and demographics. The Poet Laureate Carol Ann Duffy and the National’s artistic director, Rufus Norris, have compiled these voices into a semi-verbatim play that will debut in London before touring the country over fourteen weeks.

The play is framed as a meeting of six people, each a personified region of the UK. The regions – amongst them, Caledonia, East Midlands and Northern Ireland – vocalise the opinions of their inhabitants, while Britannia, presiding over the meeting, voices the words of our political leaders. The play’s monologues range widely in tone and topic: from a young girl explaining her fear of terrorism, to a 97-year-old man talking about his late wife. The show aims to portray people as people, rather than statistics. As actor Penny Layden suggests, it also aims to dispel the stereotype of leave supporters as ‘stupid racists’. Indeed, Christian Paterson says the cast have come to know and love the interviewees whose words they speak. Paterson, in particular, suggests he has found many of their reasons for voting Leave ‘pretty sound’.

My Country has been classed a ‘listening project’. It does not attempt to drive home a point, or ride a high horse. Instead, it creates a conversation between people, neither condemning or condoning anyone’s views. Such neutrality is vitally important because of how divisive the vote proved. Everyone who voted in the referendum felt they ‘occupied the moral high ground’, Norris says, and in such a situation it is difficult to achieve mutual understanding. Remainers will remember the immense moral and intellectual superiority they felt over the Brexiteers – but to do so, we become as narrow-minded as we believe the Brexiteers to be.  My Country invites people from both sides of the argument, Remainers and Brexiteers alike, to sit down and really listen to each other – particularly to those unheard voices, for whom the referendum provided an unprecedented vehicle for expression.

In a brief preview of My Country earlier this month, Norris presented an extract from the play. Typically British interaction between the regions was masterfully depicted through light banter and teasing. The characters bicker over statistics, arguing about their greatest accolades and deficiencies: Northern Ireland claims the sexiest accent, for instance, whilst the Southwest is criticised for having the most millionaires. Later, each character has a throw at the dartboard, with a boisterous, self-satirising song and dance of regional pride. Collective celebration of regional cultures draws together into an appreciation of the wide range of British values in the most British way – through a sense of humour and irony. In a play about such a divisive event, Norris, Duffy and the actors have worked hard to create an overriding sense of unity.

A Work in Progress is a suitable title, reflecting the haphazard nature of the Brexit process, as well as that of the production itself: Norris announced that the script had only been finished the previous day. It also speaks of the position the play takes in the current climate. It is not a retrospective, neither does it give answers: there won’t be answers for years, if ever. It attempts to provide explanations of some sort, and a broader sense of perspective that we are mostly denied access to by where we live, who we know, and most importantly who we listen to. This is why it is so important that the production plays in London, a Remain hotspot, before touring nationwide: across the country, the play will have the potential to burst the news media bubble that traps us all.  Through its dedication to impartiality, the production attempts to enlighten those indoctrinated by The Sun, or The Guardian.

The hardest challenge faced by the production is to embrace this neutrality, as well as to vocalise, without judgement, views that will inevitably be at odds with those of the actors and creatives. The production is empowered by its geographic and political inclusivity, as well as its respect towards people of all opinions, regardless of how they voted. Nigel Farage’s now infamous ‘Independence Day’ speech is woven into the play, recited with gloomy solemnity and dread, but the show does not portray the Brexit result as the real tragedy. Instead, it highlights the social and racial divisions stoked by the referendum result, and which we must do our best to salve.

The conversation put on the stage sets an example of the approach needed to manage Brexit and its implications on a social level. It aims to bring us closer to a degree of mutual understanding, to national unity, as well as a national conversation. With this bold new project, the National Theatre is living up to its name.

My Country: A Work in Progress will play at the National Theatre in London from 28th Feb – 22nd March before touring for fourteen weeks at thirteen other venues across the UK.