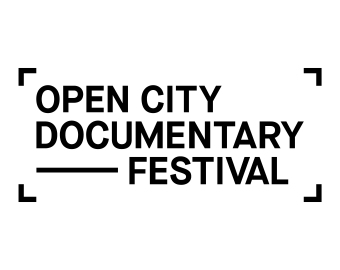 As Open City Documentary Festival opens this week, MAREK MAJ gives us his pick of the documentaries on offer.

The Open City Documentary Festival – the brainchild of UCL Anthropology professor Michael Stewart – returns for its fifth year this week, showcasing the best of international documentary and non-fiction cinema in venues across London (June 16-21). The festival aims to nurture and champion contemporary documentarians and is a chance to see a wide range of innovative, interesting works.

Sam Klemke’s Time Machine (directed by Matthew Bate, whose previous film Shut Up Little Man! – An Audio Misadventure was disturbingly hilarious) is an astute choice for opening night film, dealing with an extremely self-reflexive documentarian. It follows Sam, who, aged seventeen in 1977, began obsessively recording and narrating his own life on camera for thirty-five years. Closing film The Closer We Get is a similarly intimate affair: a daughter (British director Karen Guthrie) chronicles what happens when her long-separated parents are reunited after her mother suffers a stroke.

The national cinema in focus this year will be Croatian. The four films are bold, original works from a new generation of filmmakers, the emergence of which has been helped by the development of the Croatian Audiovisual Centre in 2008. I like the look of Naked Island, especially. Each film will be screened along with an accompanying short.

Perversely perhaps, as the festival spotlights so many new talents, the strand I’m most looking forward to is Early Works: The Dardennes.  The Belgian brothers (Jean-Pierre & Luc) are the most accomplished social realist filmmakers working today, offering the opportunity to see rarely available works from the earlier half of their filmography. They made over sixty documentaries in the 70s and 80s, before going on to win several major awards at Cannes for their fiction films.

I’m also looking forward to the new film by Andrew Kötting, a genuine British maverick; his film Our Selves stars Toby Jones. The Best of Enemies looks back on the highly-charged series of debates between Gore Vidal and William F. Buckley Jr. in the lead up to the 1968 American election. Award-winning J.P. Sniadecki will show the result of three years filming on China’s vast railway network in The Iron Ministry. The protagonist of Death of the Serpent God, twenty-year-old Koumba, struggles to adapt when she is deported back to Senegal after living in France since early childhood.

Other highlights include Actress, about a woman whose domestic life disintegrates as she tries to restart her career. Of Men and War follows discharged US soldiers receiving treatment in a PTSD therapy centre over the course of several years. Stranded in Canton examines the increasing involvement of China in African economics, but this time from the perspective of a Congolese businessman who is unable to leave Guangzhou. Invasion attempts to recreate the violent US invasion of Panama in 1989.

Suffice to say that all screenings will include introductions, Q&As, talks, debates etc. (many featuring UCL academics).

I genuinely could have featured each film in this article. They all look incredibly interesting and compelling. For a complete day-by-day programme and more info go to: opencitylondon.com