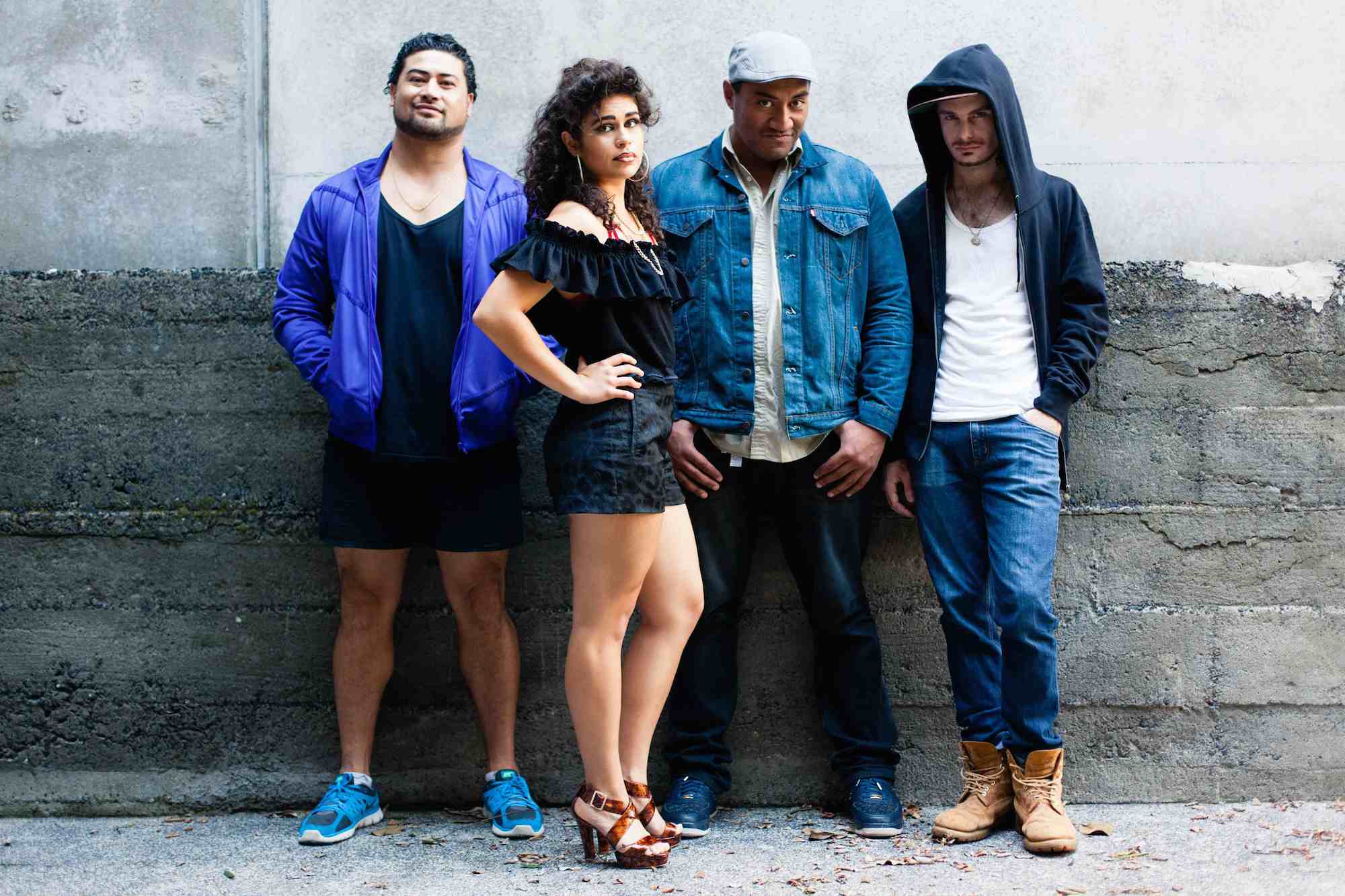 BECCA BAINBRIDGE reviews ‘The Motherf**ker With The Hat’ at the National Theatre.

The title of Stephen Adly Guirgis’ play alone is enough of a departure from the usual programme at the National Theatre, whilst the production itself succeeds in making a defiant leap away from the stuffy stereotype of Britain’s largest theatre. It is, quite frankly, a provocative play that, when executed at the blisteringly pace set by director Indhu Rubasingham, is melodramatic farce meets emotional sincerity. At the turn of a pithy phrase the smiles and laughs of the audience rapidly dissipate as ironic humour gives way to a seriousness: gasping and mute horror pervade the auditorium.

From the very beginning, the premise of the play is firmly anchored in place. Ending in a tirade from Jackie, a recovering alcoholic and former drug dealer on parole from prison, the initial domestic bliss of the first scene quickly sours because of a “motherf**king hat”. Having spied the headwear across the room from his precoital position in bed, a quick sniff around his cocaine-addict girlfriend Veronica’s tiny apartment convinces Jackie that she has been unfaithful. An outpouring of expletives and aggressive body language follow, setting the fractious tone that permeates each relationship and every scene. From the squalor of the Times Square apartment to the lavish Hell’s Kitchen, Jackie reluctantly seeks the guidance of his AA sponsor Ralph, a health-conscious Christian whose generosity and counselling become as transparent a facade as his ‘acceptance’ of his wife Victoria; their marriage is one based on a mutual, deep-seated hatred. 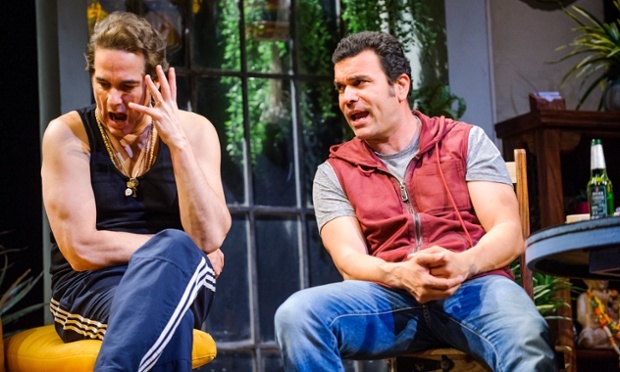 By stark contrast, the haven of Julio’s apartment in Washington Heights, Jackie’s clean living cousin, injects some light relief that accentuates the emotional and dramatic intensity of the intervening scenes. Julio’s pithy lines (“Your list of infidelities wasn’t long, but it was graphic”) keep the audience engaged with intelligent jocularity, providing an essential component to the play: a character with whom the audience can like and empathise rather than despise.

Designer Robert Jones utilises the vacuous space of the Lyttelton stage with a set that perfectly depicts the incongruity of the three settings. The rolling forwards and backwards of platforms accompanied by Carolyn Downing’s boisterous soundtrack facilitates a seemingly effortless, gliding transition between settings and atmosphere. Scenes linger as the retreating platforms and actors are engulfed by the dark depths of the stage above which the suspended fire escapes remain the only consistent visual cue, a subtle evocation of the urban setting of New York. Framed by a colour-changing neon strip, the proscenium arch is a peephole into the private lives of the five characters: the audience intrudes upon scenes not meant for public airing. Although often an uncomfortable viewing, the audience remains enthralled and often agog as relationships suddenly splinter and all seems topsy-turvy.

Ricardo Chavira’s irrepressible anger and jealousy is adeptly met by Flor De Liz Perez as the fiery and loquacious, albeit coarse, Veronica. The thoroughly detestable Ralph is portrayed with unmistakable empathy by Alec Newman, the compliment to Nathalie Armin’s brazen and forthright Victoria. However, Yul Vazquez is inimitable in the role of Cousin Julio, delivering deadpan lines that are perfectly timed and equally met by nonchalant body language. Of all the characters the audience feels the greatest pathos for Julio, a part played so lavishly but with such dexterity that the audience is compelled by his oscillation between wit and nostalgia.

‘The Motherf**ker with the Hat’ does not grace the stage of the National Theatre, it takes root in all its debauched, violent and vulgar glory. It is a production that deserves the high praise of its enrapt audience.

‘The Motherf**ker with the Hat’ runs until 20th August. For more information and to book: http://www.nationaltheatre.org.uk/shows/the-motherfker-with-the-hat