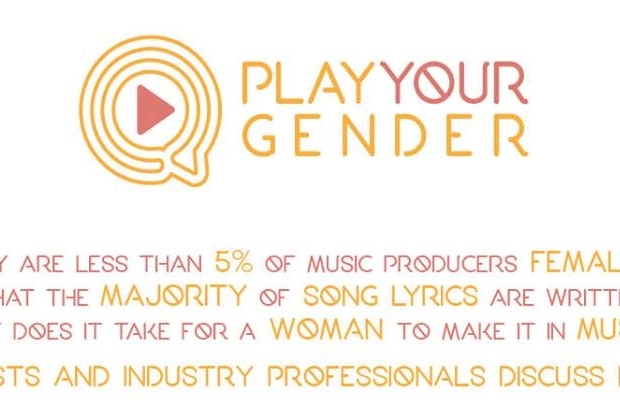 Here’s something I feel guilty about: I am not an engineer. Here’s another thing I feel guilty about: any anorak-like proclivities towards collecting or caring about music in any meaningful way waned when I was about thirteen and discovered Eurovision. If only I had put the hours into listening to those obscure B-sides. If only I had any talent for STEM subjects and had decided to dedicate my career to succeeding in a male-orientated field. Then I could have trained as a sound engineer and become the part of the solution to the problem Kinnie Starr poses in the documentary film Play Your Gender, which asks why more women don’t take on management roles in the music industry.

As someone who has neither the skills in engineering, production or a comprehensive knowledge of music, I have a lot of respect for anyone who flourishes in this male-driven world. In fact, I’ve always seemed to gravitate towards environments where men tend not to play a dominant role – I don’t need to be validated by a male music snob who is impressed by my knowledge of Sleater-Kinney’s back catalogue. I’m aware though, that this makes me a Bad Feminist and I should be smashing that glass ceiling, so all power to Starr and her cabal of talented and determined women. They care about music and want to shape it in their image, and don’t mind taking one for the team and going on tour as the only gal on a bus with thirteen men, furthering the cause.

Clattenberg interviews women from across the industry (although regrettably, mostly within the indie/alternative world, with just one RnB artist interviewed, and no one from any of the big record labels). The film is largely structured as a talking heads format, in which both male and female artists discuss the various forms of casual misogyny and sexism which permeate the music industry. I roll my eyes when a bearded man says, near the beginning of the film, that ‘sexism exists, and anyone who says it doesn’t exist is lying to themselves’ or something along those lines – it’s so obvious. But you know, at least he’s having a go. At one point, another man says ‘I used to be a misogynist but now I have a daughter’, as though he couldn’t possibly care about structural oppression until an immediate family member is involved. Other than that, though, this film does provide a good overview of all the subtle ways in which women are made to feel inadequate in the workplace – not just in the music industry, but everywhere.

The entertainment industry has come under harsh scrutiny over the past couple of weeks in the wake of the Harvey Weinstein scandal, and the experience of being a woman in an industry where men hold all the cards is being openly discussed. Even The Guardian seems convinced that the tide of has turned against male entitlement and sexual harassment, thanks to the #MeToo campaign. I’m not so sure. If this documentary reveals anything, it is that men simply do not share the same worries and concerns experienced by women the world over – and when they do it is a regal courtesy, a grand gesture for which they should be applauded and clapped on the back. They don’t really get it. Which is fine – how could they? Until we see women represented in, even dominating in industries across the spectrum, sexism and harassment at work will remain a sad fact of life.

The UK premiere of ‘Play Your Gender’ with Q&A is on the 9th November at the Barbican as part of Doc’N Roll film festival. More information here.