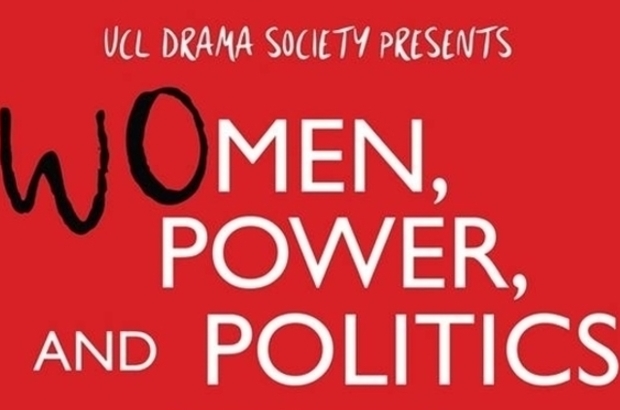 Originally put on at the Tricycle Theatre in 2010, the UCL Drama Society’s Women, Power and Politics showcase uses the stage to empower women where there has been a significant lacking in voice; with all-female playwrights and directors, the series challenges the gender imbalance so prevalent in the theatrical world. While 70% of higher education drama students and 68% of theatregoers are women, they account for only 38% of actors on stage and 33% of board directorships. The showcase stands both to celebrate women and challenge the forces of oppression that are a constant strain on their creativity.

The night’s two plays were categorised as ‘then’ and ‘now’, Handbagged set in the Thatcherian past and Playing the Game in the present era of social media, together presenting women in politics at a student and national level. It allowed the audience to see the many different issues surrounding women and power such as the judgement of other women and public perception, and their constancy in different contexts and environments. The showcase also exposed the audience to a variety of different types of female characters ranging from individual students to world-famous political leaders. This is important in a society where too many female characters in the arts are still defined by their relationship to men, shown time and time again by the small percentage that pass the Bechdel Test. While both plays deal with women’s interactions and relationships with each other, they were very different in both their approach and the specific ideas they explored.

Handbagged, directed by Maeve Allen, explores the relationship between two of the most powerful British women of recent history – Margaret Thatcher and the Queen. The play takes these two impenetrable figures and imagines and parodies their personal characters and inner thoughts. The minimalist set helps to create this intimate world, emphasising the private nature of the weekly meeting between the PM and the monarch.

The play’s small cast includes younger and older representations of the two leads. It is largely an effective method for creating the witty, fast-paced tone that would not be there with fewer actors on stage, with characters speaking over each other and in unison. This device helps to create humour, allowing for asides while the characters are still in dialogue. It also humanises the pair, helping to soften their stoniness and reconstructing them as characters rather than merely political figures. The political satire and jokes are well written and easily accessible, even for those who are not politically inclined. The brief appearances of Ronald Reagan, whilst perhaps necessary to provide key information, sometimes serve to undermine the strength and power of the female characters, as it slightly detracts the focus from the main women. However, overall the play did a good job of finding the balance between presenting the women as both powerful, public figures as well as personable characters, providing an insight into the private nature of a highly publicised relationship. Very rarely is the relationship between two women the subject of art, and Handbagged contributes to remedying this.

Playing the Game, directed by Alice Fraser and Kate Constable-Maxwell, also looks at the interactions between women in the political sphere. The play examines young women’s ideals and attitudes both to each other and to power, following the story of two girls and their attempt to ‘help’ their friend win a student union election. The play explores the concept that ‘sex sells’, and the endless judgement and labelling of women that is extremely resonant and reflective of our current society, filled with Kardashians and Love Island stars. This theme was subtly drawn out by the directorial decision to use sexualised pop music, emphasising how entrenched these ideas are in our society. However, though the performance was carried by such insightful creative elements, as well as by the acutely good acting that captured the pastiched nastiness of the characters, the script itself unfortunately raised issues that it failed to satisfyingly discuss.

The characters and their attitudes towards sexualisation and appearances are exaggerated to shock the audience with the reality of the effects that society has on young women. However, instead of achieving this, the over-emphasis serves to trivialise women instead. All three characters, by the end of the play, reveal themselves as ‘bitchy’ and manipulative, and ultimately unlikeable in a way that diminishes the image of women in power, rather than strengthening it. The lack of complexity to the characters and the excessive stereotyping restricts the characters themselves from developing, sometimes allowing them to come across as quite two-dimensional.

Though well put together by the team, and produced slick and seamlessly, the play itself reinforces the idea of women as competitors fighting for power. The story ends with Akousa (Darcy Mcguiness) succeeding in winning the election but leaves the audience questioning to what extent she was ‘playing the game’, and if in fact she truly has been empowered. The ideas raised are important, but at points the way the characters are written detracts from the thematic focus. Overall though, the performance successfully conveyed a discussion of the ways in which women interact with each other as a result of the ideals that a patriarchal society instils in us, a theme that was neatly drawn out from a script contrived and even problematic script by the production team and cast.

The first night of the showcase was carried by the confident acting of all the women involved. Both the concept and the content of the project is highly valuable; while raising awareness of contemporary gender issues, it simultaneously addresses the gender imbalance that pervades theatre itself.