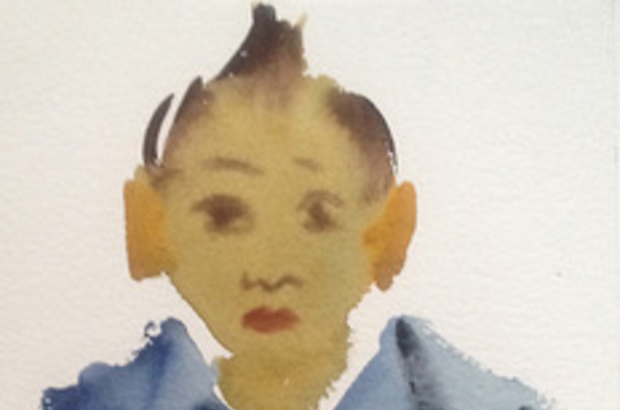 JESS HOWLEY-WELLS reviews The Poetry of Exile at the White Bear.

The Poetry of Exile promises to be ‘a moving blend of male infertility in Romford, Gender Fluidity, 8th Century Chinese poetry and vintage clarets’ – and it certainly begins as such. A play about vocation vs. conformity, the piece centres around Rob, a driving instructor with an ulterior and more intuitive calling: to become an eighth-century Chinese wilderness poet. His wife, Lynn, suspects he may be infertile, which prevents her achieving her own deeply personal mission of motherhood. Lynn and her sister, who herself is desperate to become a successful vintner in the south of France, form an adulterous plot to remedy this, but create chaos in their wake. Unfortunately this conflict they cause feels all too self-conscious to leave the audience moved as such; writer Peter Hamilton’s experiment with poeticism ends on a slightly vapid note.

Ken McClymont’s direction brings harmony to the piece. He utilises physicality to the utmost – the show opens with a flock of poncho-clad, binocular-bearing bird-watchers filling the stage, stepping erratically from block to block on the monochrome geometric pattern that covers the floor, whilst the screen that hangs on the back wall displays a beautiful mountain range. Then they vanish. The conflict between natural and synthetic surroundings and existences is already brought to the fore. More abstract moments like these occur throughout, and give the play a bit of bite, offsetting the humour of the earlier scenes, but equally supporting the more distressing and chaotic periods later on. The set is suitably and intelligently minimalistic, the only real props being two blocks which morph into a car, a sofa or a countertop, as and when they are needed. All is monochromatic, blacks, whites and greys, including the costumes, which are perfectly accentuated by the UV-heavy lighting. All except for that mountain scene backdrop, continuously reminding us of the world beyond.

Charles Sandford’s portrayal of Rob, the central character, is the most memorable element of the production. He perfectly embodies an eccentric, distant, confused soul – blowing bubbles and making the most of his lankiness to accentuate the sense that he doesn’t really fit. His Lear-like descent into a poetic madness, suitably ending on a heath in formidable weather, is uncomfortable. He grows to believe that he truly is an eighth-century Chinese wilderness poet. Is he mentally unwell, or is he truly authentic, as he deems himself? If this is a play about searching for authenticity of self and escaping the ‘ties of life’, he is not the protagonist we want.

The rest of the cast are strong, playing more relatable roles with wit, sensitivity and good, thick Essex accents. Jemma Burgess as Lynn is nervy and tense – she is offset nicely by Carla Freeman’s louder and more relaxed Josie. The relationships between the characters are a bit thin and unbelievable at times, but again, it appears to be an issue with the script itself and not the characterisation.

Overall, this is a play that confuses. The inclusion of physical theatre cements the absurdity of the piece somewhat, but ultimately the denouement does not satisfy. Rob’s ramble on the heath, his escape from the banalities of the everyday, is a little contrived and repetitive. If nothing else, a midlife crisis communicated via 8th Century Chinese wilderness poetry is certainly a unique thing to witness – it’s a clearly strong premise for the play to be founded on, but is left unsupported.

Clockschool Theatre’s The Poetry of Exile is playing at the White Bear Theatre until April 22nd. Find tickets and more info here.