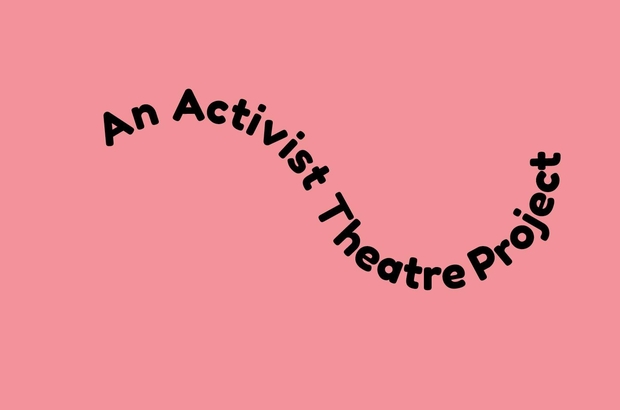 So, what is Power Play?

Power Play is an activist theatre project, a feminist theatre project that aims to understand the systemic problems facing women in the industry and works also as a data activism project, so we’ll publicise these facts to help people understand the problems more, at venues and festivals, and through individuals. We’ll have a showcase at the Edinburgh Fringe, and also be publicising all our data through a kind of Guerilla Girls style campaign, so putting out posters all across the fringe.

Is it predominantly a theatre project or an activist project?

I’d say it’s predominantly an activist project, so the kind of key thing we’re doing is the data analysis. There’s never been any kind of data analysis of the Edinburgh Fringe, or of most Fringe theatre in the UK, so it’s really unknown territory. But the figures that we do have are pretty dire. The theatre aspect is really to emphasise the issue more, to create a discussion, to create a space where we can talk about the issue. We’ve commissioned three female writers to write three new plays and they’re going to be put on in this immersive space that’s going to be a house in Edinburgh so you can walk around and see these plays. They’re all kind of narratives of women that don’t normally get talked about in theatre. So one of them is about domestic violence, it’s about a young woman in her 20s trying to leave an abusive relationship, one of them is about a woman in North London who is working in a florist’s and she’s been in the care system and her boyfriend’s in a gang, and it’s about her facing sexual pressures from him and their relationship. It’s funny and poetic as well as dealing with all those issues. And then the last one begins with a woman at 27, tracing the course of her life and looking at various instances, looking at her sexuality and how she’s developed into womanhood from being a girl. So yeah, all really, really big things, but all focusing on women’s narratives that don’t often get told.

The other idea is that we’ve got this house which will become a kind of base in the middle of Edinburgh, really close to Prince’s Street, where women and non-binary people can gather, and male allies as well, and share anecdotes and get together and talk about how we’re going to change things, and have dinner and run podcasts – it’ll be great.

Why do you think theatre is such a powerful political tool?

So it’s a combination of factors. Firstly we’re looking at theatre, so our medium has to be through theatre as well as also through the data and other means. But then I also think theatre in itself can be really politically powerful, because even though you’ve got a limited audience in the room, and it’s not like film where you can propagate material more widely, I think it allows for more subtlety, a more nuanced debate, and instant feedback – you can have a discussion with people in the room immediately afterwards, which I think is really great.

And with immersive theatre, that’s where theatre feeds into becoming most intimate…

That’s the idea: it’s going to have audiences of fifteen people, who are very much going to be part of the experience, walking around the space. Afterwards, we want to have discussions with people, not just ‘this is a terrible thing, women aren’t being platformed’ – but constructive conversations. What are you doing to help solve the problem? What advice do you have for us? What are your experiences? If you were going to draw up legislation to help improve the lack of representation, how would you do it?

There’s the 2:1 problem in theatre, even though there’s about the same ratio with a majority of women in the audience. Do you have any theories of why that is?

That’s one of our big questions, and roughly 70% of drama students are women as well. I think it’s a mixture of things: new writers aren’t writing enough parts for women, or you’ve got issues with the canon, the historical problem. But there’s also some really basic practical issues. Vicky Featherstone was recently asked, in her career, looking back, what would have helped her do the best she’s done, and her reply was ‘childcare’. So it’s looking at things like that like how can we set up pressures in theatres, encouraging theatres to ask all their employees, but particularly their female employees, what their commitments are with their families and how they can support them with that, offering flexible hours, all those things, which I know is really hard with arts funding being cut in the last ten years so much. But there’s often things which you don’t need loads of money for, it’s just about asking questions and rearranging your approach a bit.

For the Fringe, we’re talking to the Fringe Society and we’ve talked to Pleasance and got them on board, and some other big venues have also signed up – so hopefully we should be working alongside them. I think it’s a really hard issue and we realise a lot of other people have tried this stuff before, so it’s just vital to keep going and ask why other approaches haven’t worked, or if they have worked, what has been good about them. There’s other great organisations we are in dialogue with, like Bechdel Theatre, and also having conversations today with Part of the Main, which is another emerging theatre company that aims to promote women in theatre, particularly women in tech. So teaming up with all these other groups who have got slightly different focuses – and our focus is data activism –to help share information.

Polly Creed recently won Best Writer award at the London Student Drama Festival for her piece The Empty Chair. At Fringe this year, Power Play will be putting on Next Time by Jess Moore, Funeral Flowers by Emma Dennis-Edwards, and Somebody by Matilda Curtis. The company is trying to raise £10,000 to cover the cost of its fringe project, so please donate here if you can! And find out more about the company and the data it has collected at www.powerplaytheatre.com.