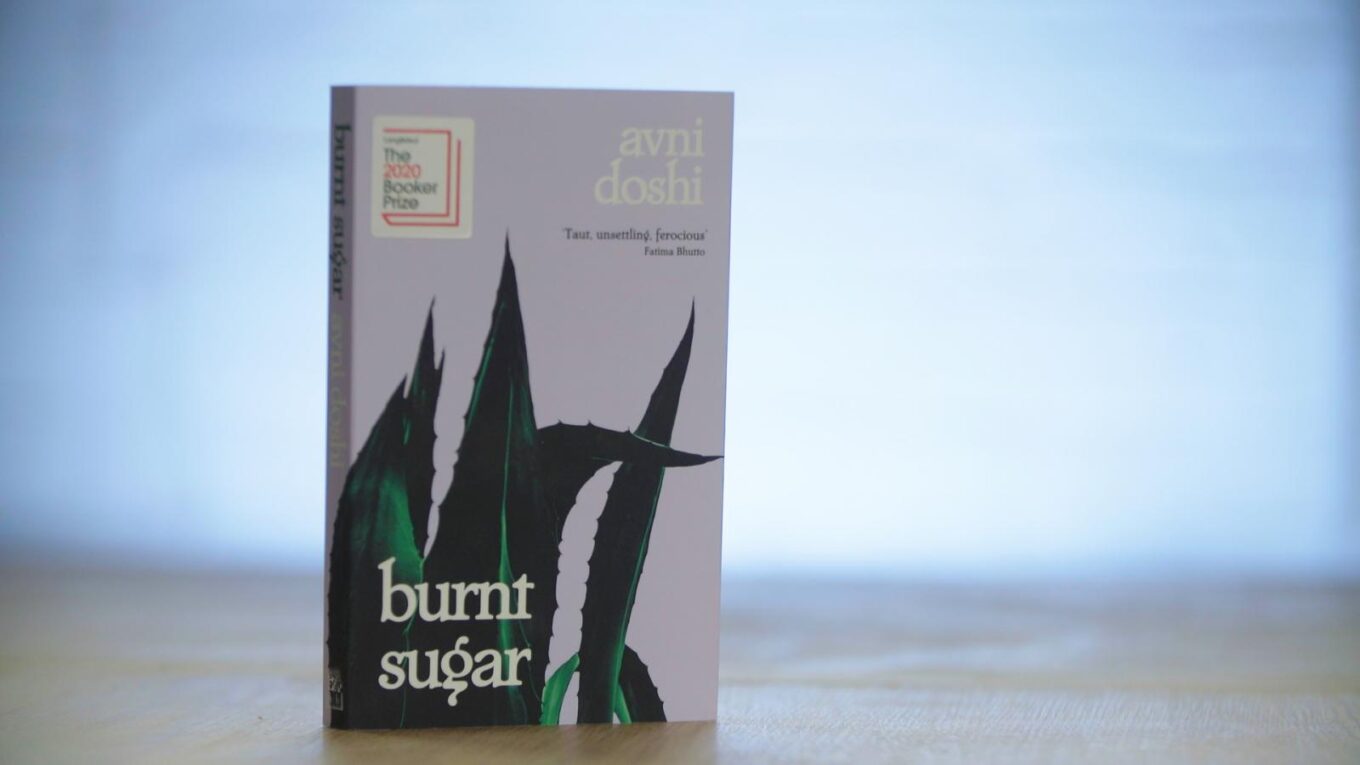 There’s nothing quite like a mother’s love – for better or for worse. In her debut novel, Burnt Sugar (first published as Girl in White Cotton in India), Avni Doshi paints a brutally honest portrait of the tumultuous relationship between Antara, an Indian artist living in Pune, India, and her mother Tara, who is losing her memory. As Tara’s health deteriorates, Antara is torn between conflicting feelings: the will to be a good daughter, and the desire to vindicate a childhood tragically bereft of maternal affection.

Through flashbacks, we see the ‘wild’ life Tara once led as she dragged her half-forgotten daughter from her husband’s home to an ashram; from the ashram to the streets of Pune, and from the streets to a convent school. These memories are interspersed with moments of present-day narration, riddled with vitriolic exchanges between mother and daughter. With the cool, matter-of-fact tone of a surgeon, Doshi points to the wound before showing us the scar.

As an adult, Antara feels that her relationship with her mother remains ‘unbalanced’. This sense of instability permeates the world around them; nothing seems quite ‘right’ at the doctor’s office where Antara brings her mother for a consultation – from the tick-tock of the broken clock to the lopsided diplomas on the wall. In the midst of this chaos, Antara strives to restore order. She spends hours researching the causes of her mother’s illness, the efficiency of her medication and its potential side-effects. Beyond her concerns for her mother’s health, this frenzied obsession reflects a deep-rooted longing for exactitude and objectivity; truth without ragged edges.

Even in her approach to art, there is a hint of the scientist’s rigour; Antara is not the kind of artist to create spontaneously from flashes of inspiration. Her work is closer to that of a museum curator: she collects seemingly random objects, takes note of their history, then categorises them into boxes. With the same tireless determination, Antara writes down anecdotes to jog her mother’s memory which she leaves around her flat. She sticks index cards with names and emergency numbers to the walls – even though they float to the floor as the paint peels.

But the deeper we dive into the novel, the clearer it becomes that memory is not an exact science. Antara’s own memory is not infallible, and discrepancies arise to make the reader doubt her reliability. After all, how objective can memory be when it is so closely intertwined with pain and longing?

Beneath the veneer of her scientific search for truth, Antara is motivated by darker, more primal urges. The lack of maternal love she suffered is represented as a deep, constant hunger – a hunger interlaced with nausea, which begins when she is dragged from her home to the ashram and lasts throughout her adult life. Her bitterness towards Tara infects her interactions with other people, from rare meetings with her estranged father to her strained marriage with Dilip, a well-meaning but hopelessly simple-minded man who was raised in America and believes that ‘every problem has a solution’.

Life does not imitate art. While Antara’s works are compartmentalised into boxes, her trauma spreads to all aspects of her life – not unlike the cracks in the walls that spread from the neighbours’ flats to her own, in the claustrophobic and overcrowded buildings of Pune.

Despite the deceptive simplicity of its prose, Burnt Sugar is not an easy novel to read. Doshi skillfully constructs a suffocating environment that makes us yearn for emotional relief; any brief moment of tenderness or break from this atmosphere of stifling hostility. This longed-for relief rarely comes. Yet it would be a mistake to think this story is devoid of love; on the contrary, it is full of it to the point of bursting. ‘I love her, my mother’, Antara concedes, ‘I love her to death. If she would only stop being such a terrible cunt, I would get her back on track’. But this love seems only to make things harder. In this novel, love is felt as a wound; it is expressed through the pains that Antara endures to accommodate her life to Tara’s illness, through her obsessive worries for her mother’s wellbeing, and through her efforts to stay calm when provoked by her mother.

When she gets married, Antara hopes to find security in a conformist, stable family of her own. But even then, dysfunctionality is always ready to rear its ugly head. Bonds that should be loving feel taut, like nerves being stretched thin. Every exchange Antara has with the people in her life seems to follow the same tortuous path (and eventually, the same dead-end) as her conversations with her mother. After yet another draining doctor’s appointment, she comes home to find an unexpected kindred spirit in the shape of a fly trapped in her living room: ‘I watch it and wonder if it can see the door at all, or if the map it has made of this era in its little life is so persistent that the outside world ceases to exist. It is blind to the way out.’

Antara’s relationship with her husband is fragile at best, barely strengthened by the birth of their daughter. When their loved ones arrive to meet the baby, she feels suffocated by their presence; her discomfort simultaneously differs from and resembles the loneliness she experienced as a child, when she was neglected by Tara. The level of closeness in her family constantly shifts between ‘too much’ and ‘not enough’; she can never find contentment.

At times, the tense atmosphere within Antara’s domestic cocoon verges on becoming dangerous. Interestingly, the threat mostly concerns the female figures in her life: ‘a certain kind of madness comes over you when you are locked within walls with so many women’. As a teenager, Antara keeps records of how she was wronged by Tara and Mother Teresa, the headmistress at her convent school. She never mentions her father, despite the fact that he abandoned her: since she has come to expect nothing from him, she frees him from all accountability. Likewise, she tolerates Dilip’s obliviously toxic masculinity with an ironic indifference that feels more damning than direct outrage. (‘I like the idea of you being at home all day’, he tells her innocently.)

Doshi’s talent as a writer shines in these moments of unspoken rancor that she sprinkles throughout the novel like little pockets of venom. On the other hand, her prose is sometimes weighed down by heavy-handed imagery: she insists a bit too much on the connection between memory and space, overwhelming the text with descriptions of boxes, mouldy closets and dilapidated flats. Sometimes, the characters themselves blatantly remind us that this is a book about memory – like the doctor who claims that ‘memory is a work in progress’, or the life coach who tells Antara that people ‘actively make and remake memories together’. While the triteness of these statements is probably voluntary on Doshi’s part, it still feels like an unfortunate case of ‘tell, don’t show’.

Overall though, these minor details are largely overshadowed by the precision of Doshi’s prose and the rawness of the relationships she describes. Burnt Sugar is a book that grabs you by the guts and doesn’t let go. At times, it might make you grit your teeth – but the payoff is definitely worth it.

The 2020 Booker Prize winner will be announced on Thursday 19 November.