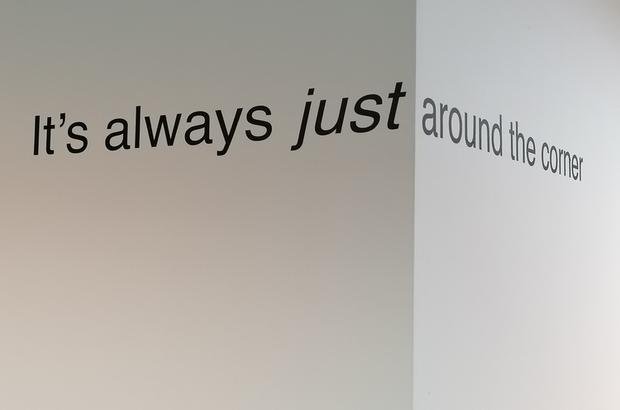 For people undertaking creative degrees, the final moment is what counts. Years of gruelling experimentation and countless hours spent pouring over projects in a studio (not to mention the countless pennies spent on materials) boil down to one crucial showcase: a graduate show. Individuals produce a selection of works that summarise years’ worth of creative endeavour, that will hopefully ease their entry into the saturated art market of today.

However, for the graduating class of 2020, this was not an option, with studies inevitably being cut short as we entered the summer term to adapt to the coronavirus situation. But while online teaching and assessment translated relatively smoothly for academic disciplines, the prospect of an online degree show left many students feeling somewhat forgotten about, despite this idea being put forward by many institutions as an innovative forward-thinking alternative.

Resenting the options suggested by their universities, in typical art student style, the graduates quickly rallied together to think of alternative methods of display. One graduate from Edinburgh College of Art, Jody Mulvey, started @sadgrads2020, an Instagram feed intended to ‘create a sense of solidarity amongst the art schools in the UK’ whose final moments of their arts education had been disrupted. 2020 graduates could submit work to the page, along with a description of their practice. The page now has nearly seven thousand followers, has produced two zines and even their own merchandise to visually unify this graduating cohort into a new creative network. @sadgrads2020 also promoted student-led virtual degree shows on their growing platform, this being another key method students implored to exhibit their work: if they were going to have virtual degree shows, they better be on their terms. For example, Fine Art students from Leeds created ‘Simmer’ (@simmer.leeds) where works ‘originally designed for the physical world are now suspended in the digital realm’.

However, some students, such as those graduating from The Glasgow School of Art’s Masters in Fine Art programme, refused to show their work in the digital space set up for them by their university, and instead created their own website to express their grievances with this alternative. The home page of Glasgow’s MFA site directly calls out their university for the lack of communication between staff and students. Similarly, The Pause or Pay campaign (@pauseorpayuk), a pressure group demanding a pause in their studies or compensation for their time lost,  is also gaining traction.

Having spent hours poring over these virtual alternatives, whether works were displayed in them or not, I was intrigued by the announcement of Saatchi’s London Grads Now. The exhibit showcases works by graduating students from seven of London’s leading fine art universities. Each room presents the work of a different institution, with the exhibition organised by the students and lecturers themselves.

What I found the most compelling about the exhibition is how it facilitated the student’s criticism of the way their respective institutions had handled the situation. One of the main complaints about the cancellation (as opposed to postponement) of in-person degree shows was that students felt insignificant, with their universities prioritising profits over the nurturing of creative potential. In an article titled ‘How Coronavirus Ate the Art School’, one anonymous student wrote: ‘Now I realise it’s two groups trying to communicate in different languages: one of ethics and personal responsibility, the other of efficiency and profit.’

This sentiment ran through Saatchi’s exhibition, particularly highlighted in a curatorial blurb written by Januario Jano on behalf of the students from Goldsmiths: ‘The university…has evaporated hopelessly – this was emphasised by the lack of veins to deal with the wave of cries for help by students’. Jano continues: ‘graduates whose biggest hopes of becoming the saviours of tomorrow…must reconcile the flattening of those dreams through the failed systems of [these] institutions’. I appreciated that Saatchi did not shy away from this reality; despite being a top institution in itself, it did not hesitate to criticise other top institutions within its same city.

Many complaints about the response from art schools pointed out that, whilst virtual degree shows seemed like a logical solution, many artworks would not have the same impact outside of a physical space, muting the poignancy of their message and consequentially the effort of their creators. Works exhibited in the Saatchi testify to this: Matthew Dowell’s (@matthewjamesdowell) installation It is Always Just Around the Corner relies on the fact that the viewer has to walk around the physical space to discover the continuation of its message. A photograph on a website, which would display both sides of the work in one, does not communicate the work’s exploration of the architecture of a space and the movement of a viewer around it, inevitably dulling the impact of the original work.

Similarly, one of my favourite works from the show was Betty Leung’s (@betty.leung.art) Interpreter XIII, a knotted sculpture which hung directly down the seam of one of the gallery’s corners. Leung printed various digital images onto the fabric, which I  was able to appreciate much more while viewing it in person  – each image rolled over itself as the fabric was engulfed by another strand of the knot. Looking back at images I took of the sculpture on my phone, the movement of this work does not seem as obvious and animating.

Michael Forbes’ (@forbesprojects) Blackness further fuels this argument. When confronted with this text work in a gallery setting, I felt forced to pay attention to it. Its design was simplistic: pink writing printed against a black background; text so small I had to consciously focus my eyes to read it. Because of this strain, I’ll admit that if I was scrolling through this selection of words on an Instagram feed, I probably would not have taken as much time as I did to engage with it. However, seeing a group of other gallery-goers huddled around it motionless, all embarking on the same squinted viewing experience, I had to find out what was intriguing all of these individuals to such an extent. And thank god I did, with some lines reverberating around my head even as I write this days later, such as: ‘Society needs Blackness expressed – it is by expressing Blackness, freedom is created for others’.

The show was certainly a celebration of raw talent – seeing artists fresh to the scene such as those featured meant that I had no preconceptions about any of their works. There was no supposed contextual analysis to be linked to the works, no controversy that I had to try and usher out of my brain to view something objectively. I was allowed to view the pieces simply for what they were: art. And that to me solidified the importance of physical graduate shows. They provide an opportunity for the display of organic creative endeavour.

Khushna Sulaman-Butt’s (@khushna_) oil painting Ascension cannot go without mention. In an interview with the artist I watched days after seeing this work in the gallery, I learnt that it is based on photographs Sulaman-Butt took of a group called the Abraham Bailey Scholars, who were all living in the artist’s hall of residence. She took these photographs on the first day she met these individuals, which coincidentally was the first day they had met each other also. The energy of a chance encounter is encapsulated within the work, even without the knowledge of this context – as a viewer, you are instantly intrigued by each individual presence, the image imploring you to enquire into the figures within it. The artist described herself as a ‘conduit’ for those she represents, acknowledging that people from certain backgrounds, such as people of colour, are not given the opportunity to be represented in traditional portraiture. Lydia Pettit’s (@lydiapettit) quilt embroidery Trouble in the House also fascinated me – the delicacy of the embroidery work contrasted with the suggestion of suffocation the figuration created. Something traditionally comforting and homely, a quilt, was being used to stifle, the work a representation of turmoil.

Ultimately, I found the show to be overwhelmingly comforting. Perhaps from the biased perspective of an Art History student, anxious about the future of the art world and my place within it, this show demonstrated that there is, and will continue to be under any possible circumstance, a creative scene in London that is nothing short of prodigious. I left the show feeling relieved and with a huge sense of solidarity with these artists. In the same way that Jody Mulvey managed to with @sadgrads2020, the Saatchi team created a sense of community that was palpable when walking through the walls of their galleries. The whole show seemed like one big collaboration between art students and different art schools, and the people that had chosen to visit it. Each of the artists whose work was exhibited had been dealt the same bad hand of cards, but look at what they were able to create despite that. So much of the work commented so directly on issues of race, of gender identity, of isolation, that the show felt infinitely relevant – if there is one thing that London art students can do, it is mobilise and respond.