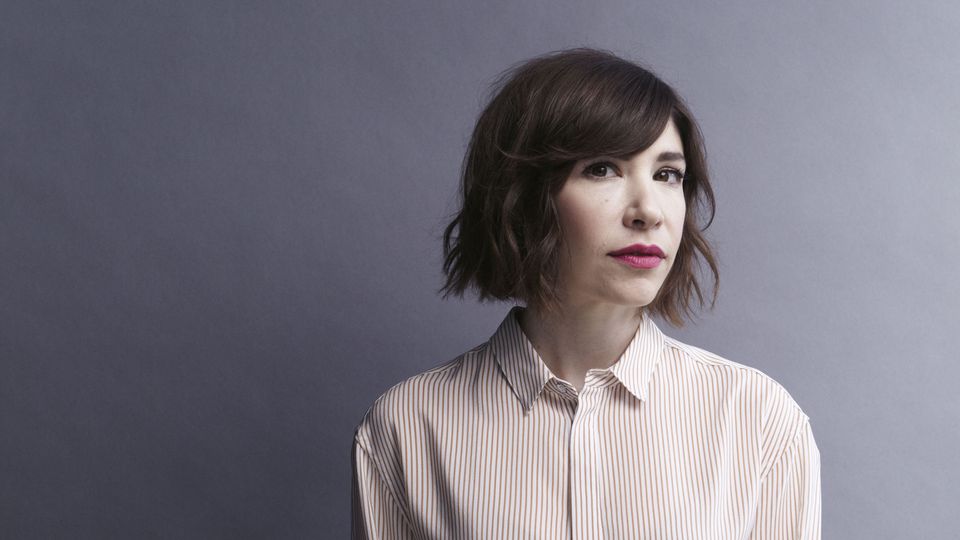 Carrie Brownstein is the guitarist and vocalist for Sleater-Kinney, one of the greatest American rock bands of all time. Evolving from the tail end of the Riot Grrrl, a scene that took punk and turned it into a weapon for feminist power, their trademark discordant but interlocking guitars and impassioned vocals gained them a cult audience. After they went on a long hiatus in 2006, however, it seemed like the band was over for good. Brownstein kept busy by creating the comedy show Portlandia, a career change that suited her well. Its success was surprising but raised her profile considerably. So, last year, when Sleater-Kinney announced their return, everyone was taken by surprise. They burst back into action with the fiery and fervent 2015’s No Cities to Love, released in January. Last year, however, Brownstein announced her own memoir, Hunger Makes Me a Modern Girl, and the book reveals both her personal history and the story of the beloved band to which she belonged.

The lyrics of Sleater-Kinney’s songs often concern depression, disconnection, or emotional alienation and, after reading Brownstein’s account of her ‘childhood of halfways, of in-betweens’, it’s easy to see why. Growing up in the middle-class suburbs of Seattle – in particular Redmond, now dominated by tech-giant Microsoft – she says she was in a ‘continuous dialogue with fantasy, escapism and performance.’ Throughout the book, she often spends time deconstructing and analysing her past emotions in a way that can almost feel psychoanalytical, as if she were the therapist explaining emotions to her younger self, but always veers away from being tedious or over-indulgent.

In any case, the emotions she was dealing with in her childhood and into adult-life justify this intense detail. Her mother was anorexic and left the family when Brownstein was a teenager, a situation that makes for difficult reading. Overall, the memoir is quite gloomy in tone, but her sophisticated writing style – one that has a knack for description and a very dark sense of humour – keeps the reader engaged.

Even with its depressive moments, hope has a powerful presence in the book. Brownstein talks at length about how distanced she felt from her father growing up, something that she puts down to his struggle with his own sexuality. After his coming out as gay, however, their relationship is poignantly renewed. Now she says that she is ‘thankful that he is happy, that he did not waste another second. Now there is someone to know.’ In both his story and her own telling of her turnaround after a nervous breakdown, Brownstein celebrates survival and revival.

Of course, the bulk of the memoir is dedicated to Sleater-Kinney. Critically lauded and adored by fans, Brownstein recounts its genesis in the small Washington college town of Olympia, where she went to attend college but also, by her own admission, to join a Riot Grrrl band. This collective atmosphere is what drew Brownstein to Olympia and the documentation of of the scene here is reminiscent of Kim Gordon’s memoir, Girl In a Band, where she discusses how Sonic Youth is derived from the 70s New York art world. Like Gordon, Brownstein is great at capturing the adolescent desire to connect and, above all, to find a place to fit in. She calls Olympia ‘a university I wanted to attend. Everything coming out of that scene started to define me.’ Her account of Riot Grrrl is a fascinating account from in an insider of a much-observed and much-misunderstood scene.

Sleater-Kinney far outlived the initial burst of energy in Olympia, going on to to release many beloved albums, and the rest of the memoir helps to contextualise these works. Brownstein exposes the inner workings through describing their artistic ambitions for each record or their choice of producer. What becomes clear in the latter half of the book is how deeply they desired to improve each time, to push themselves creatively to the limit. There’s an occasional evasiveness that enters the book. Brownstein herself is very honest and open but does take pains to, rightfully, protect others’ privacy that can sometimes leave to blank spaces.

‘My whole life is like a picture of a sunny day’, sings Brownstein on ‘Modern Girl’, the track from The Woods, from where this memoir’s title also derives. It’s a lyric that gains greater meaning after reading Hunger Makes Me a Modern Girl. That idealised photo is like the idolisation she had when gazing upon the 90s Pacific Northwest rock scene. But in this memoir’s pages, and through her documentation of her pain, distance, community, and desire, Carrie Brownstein shows us the more complex world that lies outside the photo’s frame.

Hunger Makes Me a Modern Girl was published on November 5th by Virago.