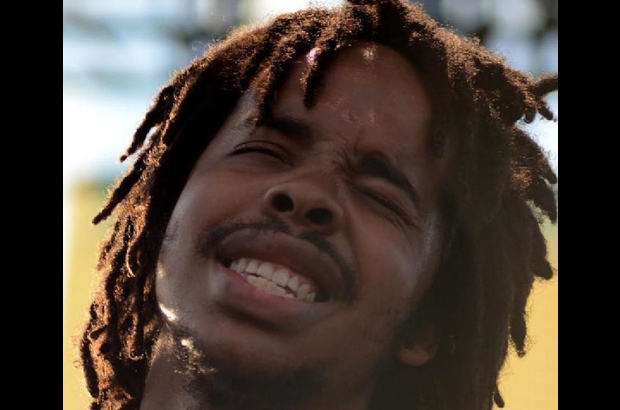 I always think I have Earl pinned down, but his latest release brings yet more intrigue to his past and future. The discography of Thebe Kgositsile, stage name Earl Sweatshirt, begs to be deciphered. Rising to fame in 2010 as a poster boy for hip hop collective Odd Future’s proud debauchery, Kgositsile found his talent after studying rapper and ‘super villain’ MF Doom, packing addictive lilts and rhythms with violence of every kind. His eponymous mixtape, Earl, of 2010 was gruesome and threatening and gained a devoted fan base off the back of Odd Future. Fuelled by news the teenage sensation had been sent to a Samoan reform school and prevented from making music or touring, fans echoed Odd Future’s anger towards Kgositsile’s mother, screaming ‘FREE EARL’ wherever the collective went and littering their internet forums with the slogan. The aftermath was naturally something of a tornado in Kgositsile’s personal life. After two years in gestation, Doris emerged in 2013. Now, fans were thrust not into fantastical images of sustained violence and menace, but the flashbangs and trenches scouring the then eighteen-year-old’s mind. The threat of the original mixtape was transformed into an assault on the rapper’s own persona from all fronts. He fights back perhaps by writing the album itself – and it is this almost therapeutic process that is apparent in all his work thereafter. The 2015 album I Don’t Like Shit I Don’t Go Outside was an angry implosion in the path he had knowingly chosen. Affected were his family, faith, sobriety, ex-girlfriend, and passion for living, but never his talent with the pen. The EP Solace released in the same year picked at the shards, confronting especially his grief for his passed grandmother.

By 2018, there are a few things Kgositsile has honed. Some Rap Songs is the best example yet of his ability to hold up an ice bucket and invite the listener to plunge their head inside. For two minutes or less at a time we do so, occasionally coming up for air to allow the disparate images to settle. Listening to Kgositsile’s music previously, one could almost feel the rapper’s mind as it cottoned, catching itself in a heap. By Some Rap Songs the feeling we are left with is not so stilted, but streamlined with fast and purposeful imagery. If past projects were set at night, this one comes with the morning. These early hours find the same discordance from his previous work, but what might have been a plague then feels welcomed now.

The opener ‘Shattered Dreams’, delivered as though from literal remnants of dreams, introduces a newfound bravery. The album seems to have come at a time when Kgositsile is reshaping the landscape and people around him: ‘I said peace to my dirty water drinkers / Psh nobody tryna get it clean / Why ain’t nobody tell me I was sinkin’?’ However corrupted these experiences may be, once Kgositsile captures them so lucidly, we feel lifted. Perhaps with a similar goal in mind on ‘Nowhere2go’, he tears through his thought process of being unable to reconcile the excitement surrounding him and his ambitions locked down by facades and depression – until now.

The feeling of ascension after capturing his imperfection is relentless. Emblematic of several far-reaching poetry flexes in the album, ‘December 24’ is streamlined Sweatshirt imagery at its densest. He rolls basketball, drug deals, police conflict, sex, grief, alcoholic endeavour and transient friendship into one bad acid trip of a track. We are left as warped as he is.

The precise evolution of the full 24 minutes is difficult to pin down. Each track seems like an individual moment from the past year or so of his life. They are interconnected as memories are, and even Kgositsile might be unconvinced of their summation: ‘Sand fallin’ out the hourglass/ Grand total, it’s a whole lotta raps.’

The ‘some rap songs’ left behind from these scattered moments of intensity still somehow desire to be anything but trivial. The rough details are loudest and most jarring when communicating personal relationships and turmoil. On ‘Loosie’, Earl drawls: ‘Galaxy’s the distance between us by Christmas/ Now we crumbling, leaf over tree pre-twist I bet/ Your heart skip a beat when you see me next.’

These emotions no longer precipitate the deafening pain of previous work; a mood of acceptance seems impossible, yet breaks through with his resolve to gain control over life. If we look to the ending rap and successive instrumental we see this most clearly. Kgositsile describes the funeral in South Africa of his estranged poet father, who already felt like a ghost looming behind all his work since ‘Chum’ off Doris. Something of the pain of his father’s abandonment and menace that has always laced the rapper’s tongue now falls into a pit. His honesty lands with full force in this tragic closer and sends the listener spiralling into, incredibly, a hopeful instrumental procession: ‘We box ‘em out, my shit a million miles away/ N****s featherweight/ Like we making food, father’s face when I’m not afraid.’

There is a danger for Some Rap Songs to sit on the shelf if at some point listeners do not also open the lyrics for a read. Doing so allows the longer reflection the songs seem to ask for. Otherwise, the unwillingness to heavily signpost the artist’s mental arena can be unforgiving. Kgositsile’s poems with a voice, like in previous projects, scream potential, and there comes a feeling of momentum. Kgositsile has established himself as a cultural phenomenon, but only so far as he sees fitting. What power he may continue to recognise in himself remains to be seen.

Some Rap Songs was released on November 30, 2018 by Tan Cressida, Columbia.