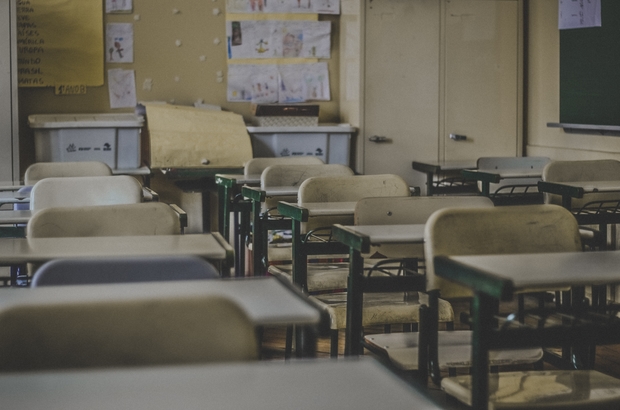 MARIELLA BOMER discusses educational inequality and non-profit Teach First who are determined to change it.

We live in a world of hyper-awareness, of instant accessibility to the latest social protests and outrages that ceaselessly clutter screens, radio and print. But from this commotion we seldom stop to pick out the voices silenced by educational inequality. Every social and political issue we scrutinise or condemn pertains to this problem – directly or indirectly – and yet our country has failed its teachers and their pupils. It’s one of the biggest social injustices in the UK, and its consequences are significant: of the global pool of top performers researched by PISA (Programme for International Student Assessment) the UK represents 4.9%, compared to the 21.7% of the US. Immediate systematic change is unrealistic; change comes incrementally and from within. The vision of Teach First, a teaching enterprise established in 2002, grasps this perspective in its commitment to transform the role of the teacher and its effect on each pupil’s life.

Our education system is founded on division. The continuance of private schools maintains an outdated tradition that serves to facilitate inequality. It is not only the economic absurdity that 11.4 times as much money is spent on a child in private education than a state school pupil, but the entrenchment of a privileged class that this perpetuates. The coexistence of varied educational systems does not alleviate the oppression of under-privileged children. The failure of the Conservatives’ 2010 free school policy that set up new, non-profit academies, has cost our education budget nearly £150m. Consequent lack of funding along with austerity measures has further worsened the quality of education a state school pupil receives.

The private system is an obvious example of how our society sifts the rich from the poor, but metrics other than income can also be used to identify deeply embedded inequalities. British schools are some of the most socially segregated in the developed world, with 80% of children from immigrant families being taught in schools with high concentrations of immigrant children. After leaving school, it is easy to forget the life long implications of our education, but school instils in us the values that follow us for life. Analogously, when segregation is normalised disadvantage is stamped permanently onto the children that must fight an unfair fight against their luckier peers. In the meantime, we’re vying for social changes that we’ll never see unless they are implemented in schools first: how can we expect immigrants to integrate if their children are segregated from mixed society? Children from minority social groups are cut off before even starting to enter the adult world. Social representation is the answer to social segregation, and as systems continue to fail us we must turn to the voices within the institution. Teach First realises, in both senses of the word, the teacher’s value in their ability to engage, incite mutual understanding and inspire – to be a role model. Channelling the voices of socially representative role models in education is a clear step towards educational equality.

We must first understand the challenges of the teaching world to see why implementing the vision of Teach First is necessary. Teachers are massively underpaid, their salaries at 9-16% lower than other graduate jobs. Thus it is unattractive to high-achieving graduates aiming for a high-income career. Consequent teacher shortages lead to excessive workloads per teacher, meaning passion and commitment are strained and diluted across long hours, oversized classes and countless responsibilities. Their representative capacity is therefore stunted, and the crucial link between the teacher and the student’s voice strained and lost in the dampening, oppressive climate of crowded classrooms, in which a pupil’s talent is unlikely to be appreciated and even less likely to find its voice. That of these disadvantaged pupils only 26% make it to higher education, compared to the 85% of independent school pupils that go on to university, is unsurprising. This imbalance has repercussions that stretch further along their own lives and wider across society as a whole – only 4% of doctors and 6% of barristers come from working class backgrounds.

While these facts illustrate the injustice and frustration of our system, we are aware of them already; educational inequality isn’t news. But changing the way we listen and respond to what we are so used to hearing paves the way for renewing and transforming the quality of education in this country. The solution is not taking on the system as a whole – a reconstructive technique tried and failed through the Tories’ free school policy – but working from within, and expanding the voice of the teacher is the starting point. This mentality underpins the ethos of Teach First, which grows out of the logic that if teachers are not supported, not given a higher platform to speak from, then the voices of disadvantaged pupils will remain muted – we cannot expect those silenced by lack of opportunity to speak up without the role models to amplify their voices. Grasping the solution must go hand in hand with a shift in priority – to switch our focus from the actuality of social inequality to its educational root. We can derive from our struggle for educational equality a new perspective: the absence of social representation, and therefore equal opportunity, that forms the silence we’ve encountered must be reconsidered as an opening, a space, to be filled with the teacher’s voice.

Find out about Teach First and how you could get involved in one of their graduate schemes here.