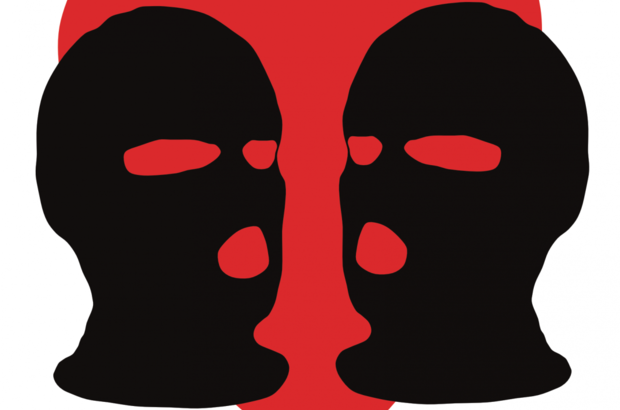 Sublime is a thought-provoking play about the lies we often encase ourselves in, set in the context of London’s business world. Having lived such lies for so long, we forget the power of the truths we have tried so hard to suppress. Such a play is particularly critical of the metropolitan youth who might feel a pressure to conform to the values of others, forced to lie through their teeth as they climb the corporate ladder – such values as dictated by professional position is shown to be merely a skin-deep reflection of one’s worth, and less meaningful than an often repressed personal history.

Playing at Tristan Bates Theatre, the production blows this idea up to ridiculous proportions. Sam (Michael Fatogun) lives a stable life with his lawyer girlfriend Clara (Suzy Gill), but when his sister Sophie (Adele Oni) bursts back into his life proposing one last job that would fix her problems, he is reminded of his forgotten past as a hustler and big-time robber. The narrative comes off as a little far-fetched at first, especially when Sam all too easily places the balance of his life at risk by returning to his illegal ways.

Writer Sarah Thomas paints a picture of a world in which nothing is as it seems, and in which everybody has secrets – often even hidden from themselves. Sam seems to accept the world of the plummy upper-middle-class corporate lifestyle, all the while knowing that his crime-filled days still make up a significant part of his identity. As the play progresses, the rest of the characters are revealed to fit into this model: despite a veneer of propriety and stability – supported by strong career prospects or fancy degrees – insecurity and deceit lies at everyone’s core. Thomas’ play implicates everyone in her examination of London, whether those originating from poor backgrounds or rich. Her warning to a young Soho audience is that our rich, upper-middle management idols are perhaps false gods; Clara’s rich father – whose performance by Declan Cooke carries exceptional conviction – has as many grim secrets to sit atop of as anyone else.

It is the relationship between Sam and his sister Sophie that best presents the characters’ losing sight of what’s fallacious – with dark consequences. They are so busy remembering the different disguises they wear, whether to impress Clara’s well-to-do family or to try and fool a man into leading them to gold, that they forget their true selves. This is excellently presented through an exploration of the barriers of their relationship. Sublime encourages you to second-guess yourself; one never actually thinking that the pair would transgress the socially acceptable brother-sister dynamic – that they do is a powerful affirmation of the self-doubt that lingers around the streets of London. That this relationship is the only one constructed in the whole play to feel genuine asks an audience to revaluate the authenticity of their own lives, and consider how a life repressed by taboo can be far more significant than a life lived perfectly at sea-level. That’s to say, Thomas evokes a doubt in the veracity of the characters she has created, and makes their truths darker than the comparatively boring lives that form the make-up of the corporate monkey.

The idea that one’s merit is measured by the material is contrasted with the genuinely meaningful ties of family. Instead of trying to reinvent themselves in the big city, Sophie and Sam’s relationship feels authentic because it has history; likewise, the broken father-daughter relationship becomes more damaging as Clara’s father never lets her grow up. Thomas’ juxtaposition of these two relationships suggests that family is something restrictive and inescapable, but at the same time organic against a background of cold London superficiality.

Sublime’s best ideas come from its development of relationships. Family ties reveal those things that one might be desperate to escape, and reduce individuals to their basest and most vulnerable forms. Yet, paradoxically, Thomas tells us that these relationships with history and truth are the ones that matter to us most. For a lonely London crowd, it is possible to forget those things that do matter at the cost of wasting energy on those that don’t.