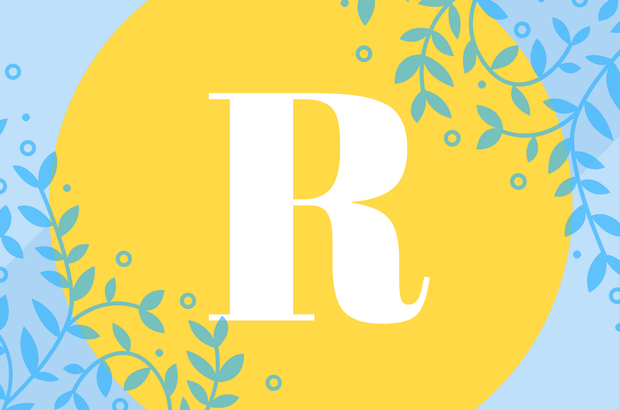 At the BME showcase a couple of weeks back at The Lion and Unicorn, two white men were sat together in the audience. One turned to the other and said: ‘You know what I just learnt today? BME stands for Black, Minority… Ethnic? Apparently that’s the new term for racial minorities.’ He was clearly quite proud of his discovery. It appeared as if it was not something that he had ever thought about before. It is precisely this profound sense of disconnect that serves as a reminder of why events like RISE, UCL’s first BME showcase, are so necessary and pertinent.

The tone for the evening was set by a stunning rendition of Solange’s ‘Rise’ – it was simultaneously a soothing lullaby and a disquieting warning. The ensemble did a superb job of capturing the pauses that intersperse the refrain, successfully negotiating the tension between the silence and the sweet melody that lies at the heart of the song:

‘Fall in your ways, so you can crumble

Fall in your ways, so you can sleep at night

Fall in your ways, so you can wake up and rise’

These lines provided a myriad of questions, ones that remained tantalisingly unanswered throughout the night. What exactly does it mean to ‘fall in your ways’? While the song ends with an urge to ‘walk in your ways’, the opening verses imply that allowing oneself to ‘crumble’ is necessary for renewal, so that ‘you can wake up and rise’. In leaving these contradictions unresolved, the various performers are able to explore the complex nature of BME experience that is so often denied stage time — there is no coherent, all-encompassing ‘message’ on race, there are only questions that serve to stimulate conversation.

Dhruti Modha, who co-produced the show with Alisha Lyer, explains that the conscious decision to leave such questions unresolved allowed the performers to express themselves creatively without constantly having to speak about their personal racial identity, something that too often occurs on the terms of the white consumer: ‘there’s been a kind of trend amongst a certain kind of middle-class white audience to want to see art about race portrayed as a struggle’ says Modha, while quickly asserting that although of course struggle is inevitably a part of the BME experience, it can often be portrayed in such a way in which white people are still able to ‘exorcise their white guilt’. She points specifically to films such as The Help as examples of racial identity placating white audiences, but of course this is hardly the only piece of art culpable of this. White guilt has permeated white discourse surrounding race, with one word in particular consistently repeated: ‘unity’.

Demonstrating ‘unity’ was emphasised as a goal of the Women’s March in January earlier this year; there was even a set of ‘unity principles’ for the women on the march to abide by. While this may seem like an innocuous, or even purposeful endeavour, the term is in fact homogenising and results in the erasure of the intersections of race and class which inevitably separate us — is it really true that all women experience oppression in the same way. Unity is frequently offered as an alternative to ‘division’, but what it in fact does is prevent the experiences of women of colour being properly heard, marginalising certain forms of expression under the guise of inclusivity. The “uplifting” message behind this year’s Hidden Figures presents another example of a way in which white audiences can engage with racism while maintaining a comfortable distance. One online reviewer, a white woman, said that the film ‘comes at the perfect time: many people need a feel-good movie, and perhaps some need to be reminded that our country has, and will always, do better when we work together and disregard our differences.’

The BME showcase refused to abide by this “uplifting” message of “unity”. Instead, it chose to confront the complicity of white people head-on, never allowing white audience members to remain comfortable with their relationship with racism by making them ‘feel good’ or to trivialise white supremacy as merely being ‘our differences’. This was particularly striking in a version of Toni Morrison’s Desdemona, which explored the relationship between Desdemona, a white woman, and her black slave, Barbary. The performance successfully navigated the complex intersections of gender and race which are at the heart of the play — it cleverly sidesteps the all too simple binaries which are associated with racism: black or white, racist or not. Instead, Desdemona is depicted as a well-intentioned woman who has suffered under the burden of oppression, but is also guilty of perpetuating it herself: she calls Barbary her friend, but as Barbary herself notes, ‘you don’t even know my name’.

Modha also emphasised that in selecting the material for the showcase, she made an effort to include material that reflected the plurality of BME voices and creative expression, and the idea that the BME community can be ‘artistic and creative outside and inside of the ideas of race’. Ocean, an original play written and directed by Mei Lian Hoe, a psychological drama about wheelchair-bound ex-police detective Addison Neubauer tormented by the guilt and visions of an old girlfriend, was one prominent example of BME creative expression operating outside overtly explicit ideas of race. The play was a perplexing experience that shifted through an astonishing array of passages and moods in its mere twenty or so minutes: it was at times intensely dark, at others outlandishly funny – often it was both at once. The protagonist, a non-able bodied character, was played by an able-bodied actor, a timely reminder that one can never truly escape from questions of opportunity and representation. Modha expressed regret that this was the case, but explains that although she and fellow producers looked for disabled actors to play the role, none auditioned. Many notable figures in the disabled community, including the Guardian’s Frances Ryan, have denounced ‘crippling up’ as unacceptable — even going as far as to draw comparisons to the ugly history of blackface. As disabled playwright Christopher Shinn puts it, theatre audiences are often ‘more interested in disability as a metaphor than in disability as something that happens to real people’, hence denying the disabled community their right to self-representation and allowing society’s discomfort with talking frankly about disability to be ‘magically transcended’.

The denial of self-representation is something that Modha feels is a recurring issue in the UCL arts community: ‘UCL has been strange because it’s very obviously a diverse university, it prides itself on being called ‘London’s Global University’. We have students from literally all over the world but I think in the past, especially in arts society committees, we haven’t been represented as well as we should have been, especially when it comes to black students.’ The issue then is not only a sheer lack of numbers of minority voices in the upper echelons of UCL arts societies, but also the prevention of minority voices being able to lead the conversation when it comes to their own identity. Dhruti said she has often been made to feel like she has to ‘censor pride in my racial identity – like I paint a lot of portraits of people of colour and I remember some of my peers asking for more ‘diversity’ when the only group I hadn’t painted were white people, basically’. When prompted on how to go about promoting the minority voices of the UCL arts community, she placed emphasis on the need for more cooperation: ‘we should be building more bridges between arts societies and cultural societies and [having] more co-operation between us. It would be great if we could work together to create art and get as many people involved as possible in creating spaces for artistic expression, not just for PoC and BME students but for all minorities – like non-binary people, LGBT+ people, disabled people, etc. I think we should build those bridges going forward into the new academic year to see real improvement in how we are as a university.’

The BME showcase is undoubtedly an important stepping stone. There is still not nearly enough support for similar events, but it provided that rare thing: a space for BME voices to explore their creative identity on their own terms. RISE has certainly paved the way for future events to create more such spaces. As Solange sings, it is all about finding ‘a seat at the table’.