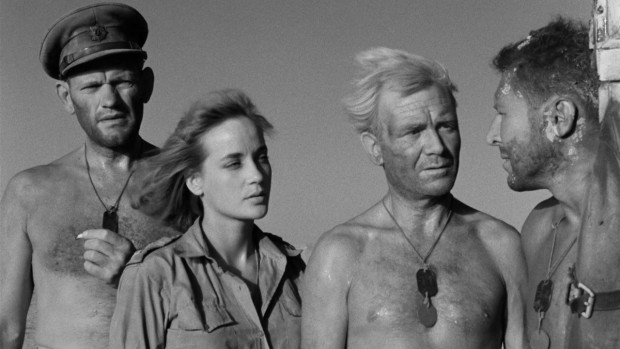 CALVIN LAW looks at the tradition of the sympathetic spy in Cold War thrillers.

Steven Spielberg’s recent Cold War thriller, Bridge of Spies, is in many ways a throwback to the old days of Hollywood. It takes place in a distinctly 1950s setting, while its mix of themes of subterfuge and espionage is redolent of Frank Capra’s American classic, Mr Smith Goes to Washington (1939). Like Capra’s film, Spielberg’s Bridge of Spies also depicts a passionate, all-American idealism, when Tom Hanks’ powerful lawyer, James Donovan, defends the typical ‘enemy’ figure, Rudolf Abel, a convicted Soviet spy in American territory. These are all well-worn, even formulaic, elements that seem to pop up over and over again in many dramatic wartime thrillers.

However, Bridge of Spies subverts standard wartime thriller tropes, even within its conventional format: the ‘good guys’ are not above being unscrupulous, while the Soviet government are understated, and not mere caricature. But perhaps the most significant subversion is the character of Mark Rylance’s spy, Rudolf Abel. The ‘enemy’ in wartime movies – often those opposed to the Americans or the British – tends to be crudely characterised: a cipher figure who is either misunderstood or unambiguously evil. In films like Saving Private Ryan (1998) or The Great Escape (1963), the heroes are almost too heroic; the enemies, too thinly defined. The likes of the German soldier Steamboat Willie, or the German prison guards, are thinly written in a way that works for the films, making the audience despise them as the enemy because they are in the wrong. But you never get the sense of a backstory, or of character outside of them just being menacing adversaries to our heroes.

But Rudolf Abel is far from a simplistic character in Bridge of Spies, even though America’s incredible paranoia over Soviet spies on home soil could have pigeonholed Abel as another run-of-the-mill unsympathetic villain. Abel steadfastly refuses to divulge Soviet secrets and is even willing to be executed for his Soviet loyalty. However Spielberg and his screenwriters, Matt Charman and the Coen brothers, take care not to take an anti-Soviet stance towards Abel’s loyalty. Instead Abel is shown to be admirable, even inspirational. Though technically a deceitful spy, he is funny in his comic asides, shares warmth-filled chemistry with Hanks’ Donovan, and is poignant in his monologues. Abel is not necessarily an enemy of the State, but a man who just happens to be working for the enemy of the State.

Abel is more than fodder for the plot, but a fantastic, complex character – one of the best of the year – who has earned Rylance award nominations across the board. But this sort of character finds a precedent in J. Lee Thompson’s classic Ice Cold in Alex (1958). Set in North Africa in the Second World War, Anthony Quayle gives an incredibly nuanced performance as a German spy masquerading as a South African trooper, Captain Van der Poel, who encounters a nurse (Sylvia Syms) and two British officers (John Mills and Harry Andrews) en route to Alexandria, Egypt. Quayle’s performance is disarming in the best possible way. He plays Van der Poel with such an air of casual deceitfulness from the outset, similar to Rylance’s Abel, that it toys with the idea of the enemy spy.

Upon the film’s release, cinema audiences were likely still feeling, one way or another, the repercussions of the War. With ongoing tensions between countries soon to develop into a Cold War, even Britain, an outsider to the events, would have felt tentative about international relations. Ice Cold in Alex therefore plays into these transnational suspicions by making the figure of the German spy an obviously suspicious figure. Yet, at the same time Quayle’s spy is a genial, empathetic figure who shows incredible bravery—in one sequence, he is willing to sacrifice his life by using his body to support a collapsing truck. Thus despite his allegiances, at heart he is an honourable soldier like any other; like Rudolf Abel, he is a complex figure amounting to more than just a simple plot device.

Van der Poel’s final lines – that he and his British companions, despite being on opposing sides of the War, were “all against the desert, the greater enemy” – deconstructs the notion that there is always a moral right and wrong in warfare. Ice Cold in Alex is therefore a rousing British war film in a unique way. Its uplifting factor comes not from a British victory over the enemy, but from the solidarity between individuals. In Bridge of Spies this solidarity is shown to transcend boundaries of national identity, when Abel and Donovan develop a strong, heart-warming friendship, in spite of the sharp divide the Cold War conflict has installed between them.