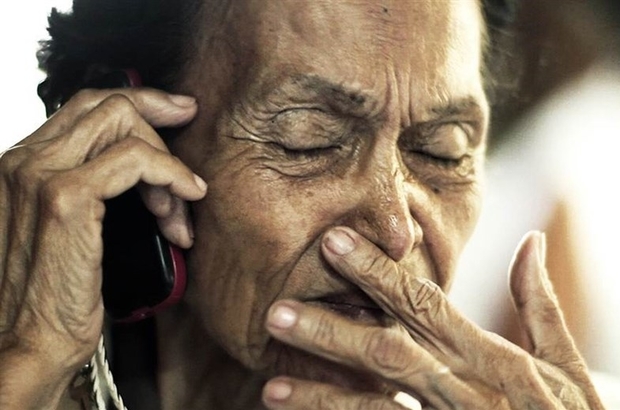 Tiffany Hsiung’s filmmaking debut opens with two elderly women quietly singing, their voices waver and drift in and out of harmony with one another. The effect is almost haunting, yet encapsulates a struggle that some women are still enduring today: to make their voices heard in a culture that does not want to listen.

The Apology follows three elderly ladies known as the ‘Grandmothers’–Grandma Gil in Korea, Grandma Adela in the Philippines and Grandma Cao in China–seventy years on from their imprisonment and sexual slavery at the hands of the Japanese Imperial Army. Whilst the grandmothers are primarily fighting for an official apology from the Japanese government, they also look to fight against the prejudices and myths about wartime sex slaves that enshroud Japanese ideology. One of the most alarming moments in the film comes when a group of Japanese protesters scream ‘get out, you shameless Korean hag’ and ‘whores, go home’ at Grandma Gil as she walks on by. The documentary does not take us back to the horrors of the Second World War, but illuminates the horrors of modern day thought, of a history warped into framing the women as disgraced prostitutes. ‘The war is still going on’, says Grandma Adela, ‘My father never knew. I told my mother and we kept it to ourselves. At that time it was really a great shame on a woman to be raped’. For many women like Adela, the real battle is to fight against silence.

The documentary’s greatest appeal lies in the most simple, organic scenes of human interaction between the grandmothers and their families. The urgency of the inner-city campaigns feels surprisingly secondary to the domestic intimacy that predominates the film. It is hard not to feel a strong personal resonance as we share in the everyday joys and frustrations of elderly care, from the struggle to fit Grandma Gil with a new hearing aid, to comical bickering about how she is overworking herself. These recurrent moments are vital in retaining the human aspects of the film.

Crucially, though, such scenes are never tangential; they serve as reminders that the women are not only fighting prejudice, but also time. This is not only a problem for the grandmothers but also for the documentary itself. Director Tiffany Hsiung was all too conscious of this: ‘Time was running out, and I knew I needed to make this film, not just for the grandmothers but for all of us. I felt responsible because they needed a witness to their lives, so that the truth does not get lost when they’ve all passed away’. This race against time is quite brutally amplified towards the end. A scene that shows an excited Grandma Andela looking forward to travelling and seeing Grandma Gil cuts away to a heart-breaking announcement of Andela’s death. It is here that the documentary takes on a more serious role, becoming a permanent platform for the grandmothers’ fading voices rather than a mere observer of their struggles.

And while the film portrays a desperate race against time, we cannot escape its slow pacing. The film deliberately avoids the kind of dynamism and energy you might find in other campaign-focused documentaries. Lesley Barber’s wonderful score feels sombre and tranquil, using only a piano and a violin. At times it can even become frustrating to see it lose its focus on the fight for the apology itself. Herein lies a problem that enshrouds the whole documentary; an official apology simply is not enough. In late 2015, the Japanese government agreed to apologise, but only if the women stopped talking about the issue. This deal seems like a mere scratch on the surface of a deeply embedded ideological issue within conservative Japanese society.

Despite this paradigm, the documentary succeeds, for the real victory lies in the internal strength of the grandmothers, as they carry on with their lives, shrugging off the incessant grip of their past experiences. For all the trauma and injustice that underpins the film, it is testament to the unwavering spirit of the three grandmothers. The Apology ultimately prevails as a celebration rather than an indictment of all that it means to be human.

‘The Apology’ is screening at the Human Rights Watch Film Festival from 15-16th March. More information on the festival here.