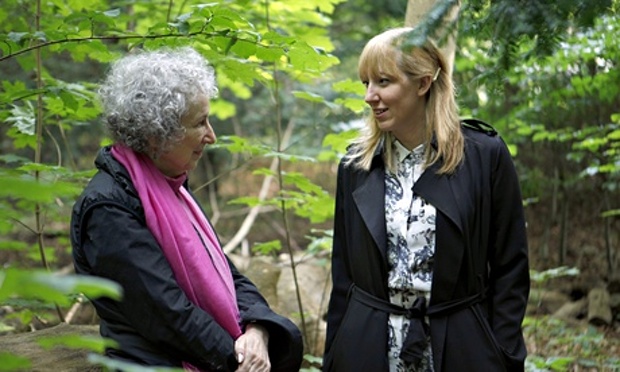 LAUREN BOWES considers the potential ramifications of the Future Library, and to what extent we can control the artistic output of the future.

When I was around eight or nine years old, my parents let me decorate my room. I was delighted – I decided to go for a black and white theme, and even placed framed photos of zebras on the walls to really emphasise the design. But that wasn’t even the most exciting part: when we pulled back the old carpet, I discovered a loose floorboard. I slid it open, hands trembling, half of me thinking there would be some archaeological remains under there, the other, more eager, half hoping there would be a secret time capsule from a young Victorian girl who looked exactly like me (I was super into Jacqueline Wilson’s The Lottie Project at the time).

There wasn’t, of course. I don’t think my house was even old enough for that. So, completely enamoured with the concept, I decided to make my own. I can’t remember exactly what I put in there, probably a few toys I didn’t actually care about, but the most important item was a book. It wasn’t my favourite (which, at the time, obviously was the Harry Potter series), simply a book I had read recently which I included (as a note tucked into the cover explained) so my future friend could see what kind of things we read in the early noughties.

When I found out about the Future Library, I was both ecstatic and a bit annoyed that someone had stolen the essence of my idea. Framtidsbiblioteket is the name of an on-going project by Katie Paterson that will last for 100 years. Each year, one writer will contribute a manuscript to the library, where it will be kept hidden until 2114. Throughout the century, a forest will be growing untouched in Norway with the sole purpose of providing the paper for these texts. Only two writers, Margaret Atwood and David Mitchell, have thus far submitted their work.

The project shines an entirely different light on the art of writing literature. With no idea if there will even be an audience to receive their works, authors have entirely different (and perhaps non-existent) expectations to meet. In one respect, the project frees authors to write exactly what they want, without PR agents feeding them the latest literary trends and no fear of reviewers slating their magnum opus. There is no need to provide a romantic element or a happy ending to attract a wider audience, no reason to shy away from experimenting as wildly as they like. The disappointment of many To Kill A Mockingbird fans following the release of Go Set A Watchmen displays the constraints many authors are trapped by in order to fulfil audience expectations, something the Future Library can swerve.

But by choosing which authors can produce texts for the Future Library, we are impinging on the entire concept of literary posterity. The texts we enjoy most are not always the ones appreciated by their contemporary audiences. Emily Dickinson only published two poems in her lifetime, but is well loved by many today. Critics hated Moby Dick, its failure ruining Herman Melville’s writing career. A quick look at The New York Times best sellers for the 30s and 40s reveals a list of names unrecognisable to most, despite the hundreds of works we admire from the period today. By picking certain authors to put into the library we are ourselves deciding which authors of our day should be remembered – a process which surely should be organic.

Why choose Atwood and Mitchell, then? It’s incredibly likely that in the future everybody will know these writers. In this age of digitisation it’s almost impossible to believe that they would be forgotten. The best possible outcome of the Future Library is that later audiences are delighted there is another work yet to be published by an author they already love – the worst is that no one is interested in them anymore, their work surviving but remaining unappreciated. An outcome which would render the entire project redundant.

The Future Library fails where my eight-year-old self succeeded. I didn’t place my favourite book in the time capsule; I placed a book I thought was merely typical of the kind of thing I was reading at that age in that time. A book whose name has already been forgotten by its now 22-year-old reader, and will therefore undoubtedly have been forgotten by the rest of the world. Why not choose writers for the project who have never made the bestseller list? A sixty-year-old man who wants his life to be remembered. A poet from South London who gets great crowds at spoken word events but sticks to their job in an office. A teenage girl who will never become a writer, yet wants to reach out to another teenage girl in another century to empathise with the fact that parents always suck. Following announcements of Atwood’s inclusion, Wattpad ran a competition called ‘Dear 2114’, giving everyone the opportunity to write something for the future. I can only hope that entries are considered for inclusion in the Library.

The literary world may think I’ve missed the point, and perhaps I have. But I believe that the Future Library is a project so huge and so special it deserves something a little different. If we’re attempting to travel into the future, surely we can do better than a guaranteed Waterstones best seller?

For more information and updates on the Future Library’s progression, visit http://www.futurelibrary.no/.