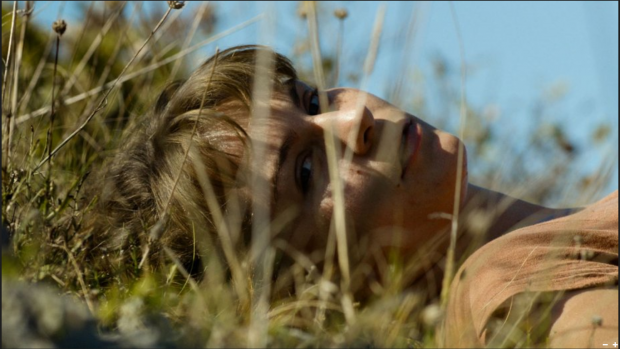 Now, somebody’s messed up here. I interpreted The High Sun as a single story depicting, in a roundabout way, a thirty year long tale of forbidden love across two villages on the Serbia-Croatian border. But I was mistaken – the stories are completely separate. This makes sense: actors that die in the first story are somehow alive in the second. Ok. Got it. This isn’t a film about regeneration, or Christ, or whatever. I’m not sure who’s to take the blame here, but for the sake of convenience, I’ll own up.

The High Sun is one of the most beautifully constructed and moving films that I have seen in recent memory. Dalibor Matanić’s epic on inter-ethnic conflict is a thoroughly stirring set of tales that manages to convey, in very tangible terms, the invisible barriers separating ethnic groups in times of conflict. Tihana Lazovic and Nives Ivanković play the pair of torn lovers in all three stories and though each story carries a completely different tone, the versatility of the actors never drops the façade. In fact, my mouth was always resting open in a kind of lazy slump as I found myself lost in the film – far from the dissatisfied and smug reviewer-smile that I tend to watch most films with.

Matanić’s film is utterly gripping, and his hold on the viewer is masterful. Rarely do I fall so deeply into a film as The High Sun, or find such a genuine interest in its characters. Matanić manages to capture perfectly the idleness of rural life and excellently manipulates the vibrant tableau of his protagonists’ lives without it ever seeming laboured. Though one or two characters felt close to stereotype – like Ivan’s mad grandmother in the first story – this criticism is slight. Especially in the second story, which features a girl tired by the grief and depression caused by war, Matanić does not offer any easy answers to remedy her sadness. Instead, like her, the film’s audience feel trapped in her sadness, and compelled to try and fight their way out. In this way, it is possible to understand the struggles that arise when violent conflict interrupts love, and how huge the weight of war can feel – even long after combat finishes.

The High Sun features brilliant camerawork and taut editing. Characters are intimately and meaningfully lit, while frames tend to be close and precise. It feels like a luxury, even verging on the voyeuristic, to be so close to our protagonists, viewing them even in their most private moments. Even in the later, more modern tales, where the footage becomes more abstract – suffused with the lights of drug-fuelled techno parties – the camera hurries along to equal life’s faster pace, always heightening the tension.

The High Sun contains a trio of engrossing, tense romantic dramas which are certainly worth your time.

‘The High Sun’ was shown at the Human Rights Watch Film Festival from 9-18th March. More information about the festival can be found here.