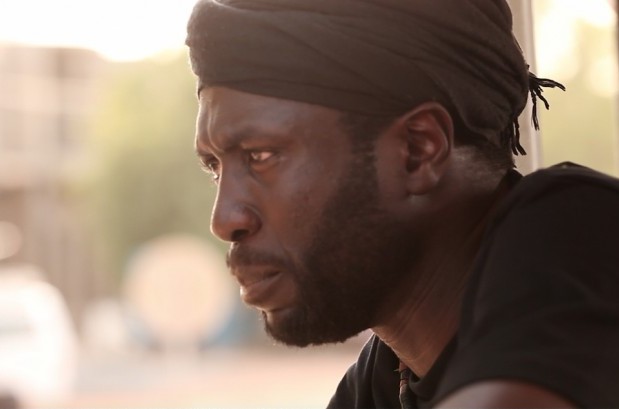 When you think of revolution, you might think of Guy Fawkes masks, Spartacus, or even Russell Crowe and Hugh Jackman singing along the barricades of nineteenth century revolutionary France. Our society and the politics that govern it appear so firmly rooted in tradition that the idea of a forceful uprising against the establishment exists only in fictional terms. But for a group of school friends in West Africa who want to be heard, revolution is not only a possibility but a necessity.

Set in the turbulent political climate of Senegal, director Rama Thiaw’s The Revolution Won’t Be Televised follows Thiat and Kilifeu, two young rappers seeking to oust Abdoulaye Wade from standing in the 2012 presidential election. When the 85-year old president announced that he would be standing for an unconstitutional third time, the rappers reacted by creating the ‘Y’en a Marre’ (‘We’re Fed Up’) campaign. The documentary is driven by the infectious energy of the hip-hop duo as they attempt to translate their artistic fame into activist form.

The most memorable scenes in the documentary tend to be the most relatable. Despite taking on the mammoth responsibility of engaging the two-thirds of the Senegalese population that are under 25, Thiat, Kilifeu and their friends are rather like a group of guys you might find at the back corner of Phineas on a Monday night. There are some superbly orchestrated cuts from the vast chaos on the Senegalese streets to the warm intimacy of their living rooms, where the group frantically discuss campaign tactics. Their furious bickering is reminiscent of the kids in Stranger Things; heated and passionate arguments are projected left, right and centre, yet their friendship remains indestructible.

The Revolution Won’t Be Televised provides a refreshing perspective on the often formal and superficial world of politics. But this is a social documentary, not a political one, and for all its strengths the success of the film lies in Rama Thiaw’s deep and personal dissection of Senegalese youth culture.

In a striking scene, one of the revolutionaries describes how they cannot afford to abandon their headquarters even for a minute; if they did, the government would plant illegal items and arrest them  for their ‘crime’. Despite the topic’s seriousness, their conversation is flippant, almost laughably casual: Kilifeu plays on his PlayStation, whilst others queue for the toilet in a back corner of the room. Though the possibility of corruption is an abhorrence here in the UK, it is an accepted convention within Wade’s government, to be jokingly discussed by the very people who suffer because of it.

But however relatable and approachable, the lives led by Thiat and Kilifeu cannot be likened to anything seen here in the UK. The film’s vibrant and urgent scenes are placed in conjunction with more intimate ones, allowing Thiaw to convey a poignant yet powerful message about the revolution. The activists often open up quietly about their past and the difficulties they face in a country where poverty and injustice is inescapable. One of the documentary’s most masterful scenes is when a friend of Thiat unveils his troubled past, letting the energy and noise of the preceding scene melt into silence: ‘my mind, like a tape, began recording all of the injustices I witnessed’, he says, holding back tears, ‘I knew I was going to rebel’. For all the youthful optimism that drives the documentary, there is a clear suggestion of the past haunting the present, festering just beneath its surface.

The film is a unique and thoughtful depiction of the human forces that drive a revolution. Revolution is not achieved through a bit of coding on a computer; it requires effort, noise, and most of all, patience. We do not see the dominoes fall, but watch the exhaustive process of standing them up.

Thiaw creates a powerful sense of urgency by counting down the days to the election. The film superbly balances the enormity of the ‘Y’en a Marre’ campaign with harrowing scenes of emotional honesty amongst its founders, creating a layered sense of intimacy that keeps us on our toes. We never know if the next scene will show a firebomb igniting the streets of Dakar, or the rappers playing on their PlayStation at home. By televising the revolution, Thiaw shows that it was inspired by the most ordinary of people.

‘The Revolution Won’t Be Televised’ forms part of the upcoming Film Africa Festival, running from 28 October to 7 November. More information and tickets can be found here.