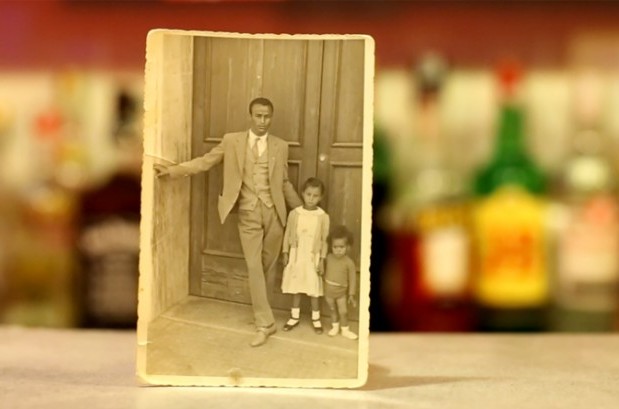 DIANDRA ŞOVĂILESCU reviews ‘Asmarina’ at Film Africa, a documentary that powerfully portrays the ways in which Eritrean and Ethiopian refugees in Italy preserve their cultural heritage.

All of us have a story and, in one way or another, we long to leave a legacy for the generations to come. From the very first lines, Asmarina offers an invaluable lesson: ‘You have to tell your story truly. The real story, though. Don’t hide the ugly parts and just tell the good ones’. In Asmarina, we witness a series of remarkable tales—not merely as objective spectators, but also through the eyes of the protagonists, the Italian Eritreans and Ethiopians who migrated to Milan in the hope of escaping a life of poverty, violence and oppression.

A series of interviews unravels a world of strenuous beginnings that most migrants can hardly relate without a heavy heart. The film fearlessly tackles the sensitive subject of membership and association to a community. Asmarina speaks loudly about what it truly means to live in a postcolonial territory, raising questions of identity and tolerance. Even though many Eritreans have lived and worked in Milan their entire lives, most find their fellow Italians reticent, if not intolerant, towards those from other cultures. Yet ‘Today, Italians in Eritrea are seen and thought of as Eritreans, not as Italians’, one of the migrants observes, displaying the unfairness of treatment.

The difficulties of cultural assimilation drive Italian Eritreans into communities made up of people ‘of their own kind’, who understand each other’s values and fight to protect their cultural inheritance whilst trying to make the new place where they live their home. The film documents the Habesha community’s efforts to integrate into Italian society, but also the simultaneous desire to maintain their cultural identity.

Every year since 1970, thousands of Eritreans and Ethiopians go to Bologna for a celebration of their rich and vivid culture. The event creates unity amongst their people, united by patriotism and respect for their nation’s values. Beautiful pictures and short film recordings display women cooking, dancing, singing and enjoying each other’s company, while men arduously discuss political and social matters that could, one day, be helpful for their returning home. The annual event is an opportunity for Eritreans and Ethiopians to rediscover their identity, as well as teach new generations about their cultural legacy.

But stories don’t always follow comforting patterns, and Asmarina accounts for that by showing the shared struggles of the Eritrean and Ethiopian community as they watch their home become engulfed in war.

The issues Asmarina raises are essential to our understanding of the migration problem and the lengths people will go to ensure a safe and peaceful home for their families. Human trafficking is the primary means by which people can escape from Eritrea and Ethiopia. This incredibly important concern deserves much more attention from the media than it currently receives. Asmarina, however, doesn’t venture too deeply into this aspect of the story, which is understandable considering the main purpose of this documentary: to reflect on a beautiful community that survives in spite of its fractures.

In the middle of a refugee crisis, Asmarina demonstrates how being part of a community, regardless of where you find yourself, means giving a hand to those in need, even if you share nothing in common but cultural heritage. It shows people uniting and creating a home away from home, in the process of overcoming the vulnerabilities that must go along with with migration away from war.

Asmarina will have its UK premiere at 7pm on Thursday, 3rd of November as part of the Film Africa Festival. Tickets can be found online.