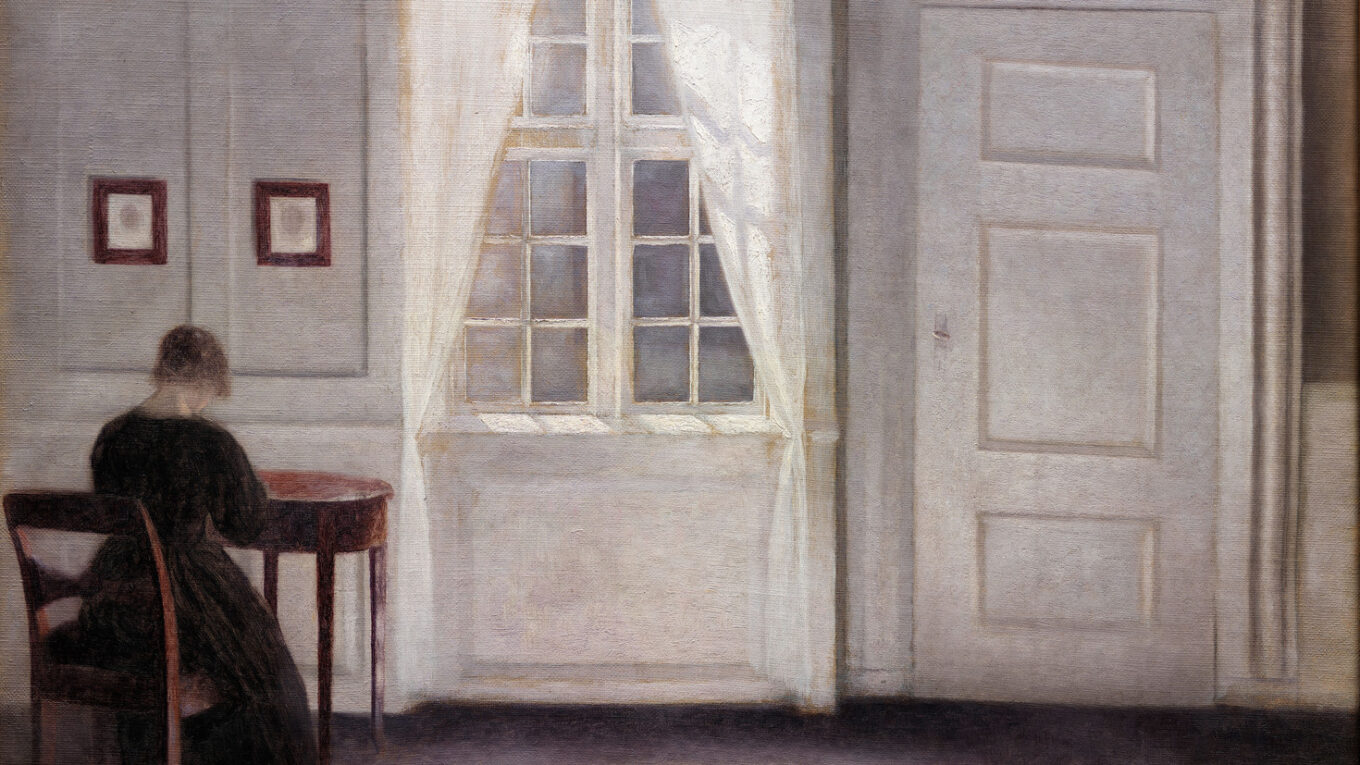 MAYA WILSON AUTZEN reflects on how Virginia Woof’s 1929 polemic A Room of One’s Own is still poignantly resonant nearly a century later.

Re-reading Virginia Woolf’s A Room of One’s Own during Britain’s third lockdown and subsequent school closures led me to reflect on the immense challenges the ‘stay at home’ rules have presented to families. For parents everywhere, performing the role of both carer and teacher is profoundly difficult – whether they are in employment or they are full-time parents. Recent studies have revealed that the responsibility of extra childcare and home schooling has largely fallen on mothers. In 1929 Woolf asked, ‘Why was one sex so prosperous and the other so poor?’, and in 2021 this question still remains unanswered. In her essay, she presents the image of  Shakespeare’s ‘extraordinarily gifted’ sister, who ‘let us suppose, remained at home.’ Woolf imagines how this woman’s literary career was tragically stunted by systematic oppression and barriers to education, imposed by her sex. Women’s careers have undoubtedly been stunted this year, as having children at home has forced many to make sacrifices of some kind. The economic fallout of the pandemic has disproportionately hit women, as female dominated sectors such as retail and beauty have been devastated. The Guardian’s Anushka Asthana talked to Georgie, a paramedic, who had all her shifts cancelled due to her being pregnant, and she is not alone, with young and low-paid women being hardest hit by redundancies from the start of the pandemic.

With children at home, working is immensely difficult and much more complicated. As a nanny, I’ve done nearly six months of home schooling in total. I’m not attempting to comprehend the position of the parent, but, I have had considerable insight into home schooling, and can grasp the difficulty of teaching children who feel displaced, disinterested and distracted.

The reality of home schooling is realising that you can’t remember how to do fractions, and feeling unable to defend times tables to a child telling you he doesn’t care about them. Home schooling is spending nearly a year working on spelling, only for the child to once more spell the word ‘out’ wrong , forcing you both back to the phonic cards with heavy hearts. Home schooling is incessantly reading Biff and Chip until you want to cry alongside your five-year-old. Children are inevitably going to fall behind, and the gap in attainment between the wealthy and the disadvantaged will likely be staggering. Recent figures show that during the first lockdown, 74% of privately educated children had full school days compared to the 38% of state educated pupils. A quarter had no formal home schooling or tutoring at all.

In A Room of One’s Own, Woolf’s message prophetically captures the difficulties of home schooling, and the detrimental effect it will have on a child’s education. Emphasising that  the conditions needed for producing quality literature include a room of one’s own, free of interruption and distraction, she draws attention to that which so many were denied during the pandemic. With a toddler knocking at the door, bad wifi, children bickering, relentless snack and wee breaks, productivity is sporadic in home schooling as well as my own studies. The IFS and UCL found that mothers were only able to do one hour of uninterrupted work for every three done by fathers. Even before lockdown, mothers only worked uninterrupted for around 60% of the hours fathers had. Woolf commented on this nearly a century ago, noting how a woman must have a room of her own because her time is so impeded upon, unlike her male counterpart.

Woolf also writes that one requires ‘£500 a year’ in order to financially sustain a writing career. In a similar vein, there are certain financial conditions for being able to home school as effectively as possible. Prior research from the Sutton Trust found that 34% of families with children aged 5-16 said that their child cannot access a computer, laptop or tablet to use the internet. Another issue rises for families with multiple children but only one computer or laptop; simultaneous schooling and Zoom meetings become impossible. There is undoubtedly going to be a huge disparity in attainment between those who have had full access to education at home and those whose learning has been disrupted. Some families, like the one I work for, can afford a nanny to do the home schooling. However, most families are having to work and teach simultaneously or cannot employ extra help because they are shielding and thus disadvantaged for being Covid secure.

Interesting parallels can be drawn between Woolf’s polemic and the year of home schooling and working from home. Did we not learn the value of a quiet work environment and financial freedom from the Modernist writer? Should the government not have acknowledged with greater effort the fact that most people cannot effectively work from home, with children who require constant attention and some kind of education? Shouldn’t the government have foreseen the significantly disproportionate and detrimental strain this would place on mothers?

Woolf highlighted the rare and precious nature of uninterrupted time and space, in particular for mothers. As schools reopen next week, I think all parents will be grateful to regain some kind of room of their own. I for one cannot wait to leave the teaching to the professionals. It’s been, to use the cliché, an extraordinarily unprecedented year, and I think for most, the 8th March cannot come soon enough.