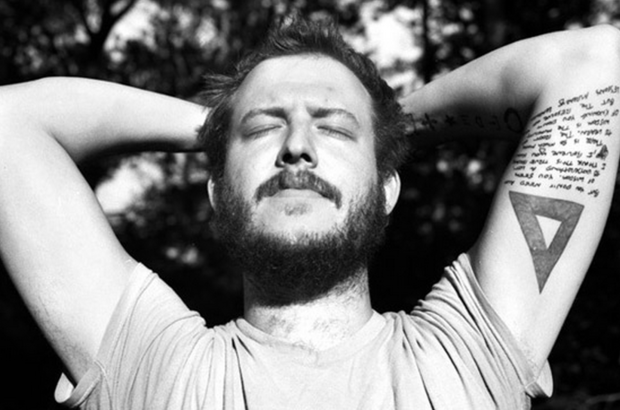 On Wednesday 28th September, two days before the release of 22, A Million, Bon Iver posted a series of mysterious photos on Facebook, informing the public of five events taking place across the world. One of them read: ‘London, 91 Brick Lane, outside Rough Trade East, September 29th.’ Instantly, there was speculation as to what could be happening. Some suggested a live performance, though that would mean they were performing in Berlin, Copenhagen, Amsterdam, and Melbourne simultaneously. Others suggested a live streaming event. The fact is, we didn’t know (and Bon Iver didn’t want us to). They wanted us to be taken by surprise. They wanted us to be blindsided.

Justin Vernon, over his decade-long career as the mastermind behind Bon Iver, has been obsessed with catching his audience unawares, and has made use of his status as one of the most elusive celebrities on the planet to do so. However, the origins of this obsession were not so fortunate. In 2006, his band, DeYarmond Edison, broke up, he caught a severe case of glandular fever, and his girlfriend broke up with him. Vernon wasn’t just blindsided: he was blindsided three times. In response, he spent the winter of 2006 in a remote hunting cabin in Wisconsin doing two things. The first was recovering from his broken heart (and liver) whilst binge-watching the hit 90’s TV show Northern Exposure. This show tells the story of a New York Jewish doctor who, under the guise of going to work in the bustling city of Anchorage, is sent to Cicely, a fictional townlet in backwoods Alaska. 110 episodes on being blindsided. The second was to record the songs which would become For Emma, Forever Ago, an acoustic-driven break-up album which, with heart-wrenching yet self-affirming lyrics and phenomenal production, became one of the most highly acclaimed albums of the 2000s. In this album, he developed his signature sound, mainly identified by rich, layered vocals, which he recorded and layered almost fifty times. But the surprises were only about to begin.

I arrived outside Rough Trade East early. Brick Lane was buzzing; excitement and cigarette smoke were in the air. A huge mural, with the album cover for 22, A Million, had been painted on the wall beside the sign declaring Angel Olsen’s My Woman as ‘Album Of The Month.’ Throughout the years following the success of For Emma, Forever Ago, Vernon gradually became one of the most sought after names in indie music. He featured on Kanye West’s grimy, intense, 2010 single ‘Monster’, and also voiced the role of Orpheus in Anais Mitchell’s seminal folk-opera Hadestown. These unexpected twists in the story of Bon Iver came to a head a year later, with his 2011 sophomore effort Bon Iver, Bon Iver. This album saw the transition from Bon Iver ‘the singer’, to Bon Iver ‘the band’. We see the addition of added percussion and synths, layers of strings, and even the occasional saxophone. Whilst these elements gave Bon Iver, Bon Iver a crisp, pristine finish, the album seemed to lose some of the charm that made For Emma, Forever Ago so alluring. I had hoped Vernon would try to reclaim a bit of that introspection, whilst using his developed production skills to continue bulking up the sound. However, from the release of the first single, ‘22 (OVER S∞∞N)’, we saw, once again, that Vernon was catching us off guard.

It seems like a logical step for Vernon to take, and an interesting challenge too, to make a record that, whilst still having the feel of a ‘Bon Iver record’, is as detached from their past discography as possible. Sufjan Stevens attempted this in 2010 with ‘The Age Of Adz’, to some moderate success; Radiohead took the music world by storm when they ditched their distinctive guitar rock persona to release ‘Kid A’; ‘Yeezus’ is hailed as Kanye West’s most challenging project to date, its punchy, raw production a far cry from the maximalism of ‘My Beautiful Dark Twisted Fantasy’. The broken yet glowing feel of ’22 (OVER S∞∞N)’ is intoxicating: the raw sound took priority over the songwriting itself, which was rather lazy, leading to an anti-climactic ending. ‘10 d E A T h b R E a s T ⚄ ⚄’ opens with what sounds like marching drums, which Vernon attempts to gloss over with his iconic layered vocals, yet seemingly to no avail. The third single, ‘33 “GOD”’, is the most similar to the tracks from Bon Iver, Bon Iver, with its piano opening and interspersed strings, though the track suffers a little from its lyrics and vocals. Regardless, I, along with around 300 people, had turned up at a random location in Zone 2 because this man had told us to. I stood at the side of the crowd, perplexed by the situation I found myself in.

The first thing that the listener recognises on 22, A Million, is that it is the first record Bon Iver has put out that actually sounds electronic. Even including the track ‘Woods’ from his EP Blood Bank, made solely from samples of his own voice, the track still somehow sounds as if it could be performed live. This can work well at points, such as the auto tune on ‘715 – CREEKS’, but for a lot of the time it sounds messy. The harmonies on the penultimate track of the album, ‘____45____’, sound like they have been produced by a bad clarinet player, and, despite the gorgeous guitar in ‘29 #Strafford APTS’, Vernon’s intermittent yodelling can be off-putting.

Despite the flaws in this album, the production is stunning. Although it sounds like an interlude, the track ‘21 MOON WATER’ has some of the most inspired and bold production on the whole album. Likewise the following song, ‘8 (circle)’, whilst being the simplest on the album, builds wonderfully, reaching its climax at the very end. It is a shame that this track is the only consistently structured song on the album, and whilst this has been a theme of some of the most popular albums of the last few years, namely Frank Ocean’s Blonde and Aphex Twin’s Syro, I expected more from Vernon.

Admittedly, I never made it in to the group playing of 22, A Million, which took place inside the record store. I can’t help but think that, though that the album doesn’t seem much more than a messy agglomeration of ideas, Vernon had still succeeded.  He has his fans in the palm of his hand, and he gives them what they want, even if they don’t know it yet. And it’s true, 22, A Million is one of the best reviewed albums of the year. He he has blindsided us once again, and I very much doubt that this will be the last time.