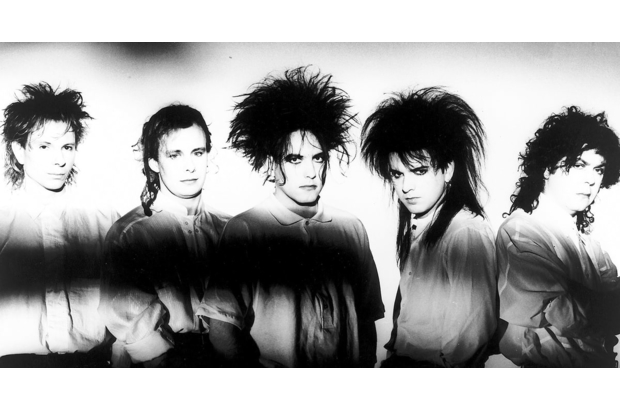 When we look back at it all as I know we will
You and me, wide eyed
I wonder
Will we really remember how it feels to be this alive?

Robert Smith’s unmistakeably yearning, pained tones ring throughout Wembley arena, as he launches into ‘Out of this World’. He is singing to us as much as to his absent partner, asking us to hang on to the moment, to chase the present that is forever escaping us. The lyrics hold a new meaning now as an older band. Smith smiles sadly at the audience of mostly forty or fifty-somethings, silently acknowledging their lost youth. He holds the crowd like puppets on a string, and we stand in silence and sway. Then the band launches into old favourite, ‘Pictures of You’ and the audience explodes into a sea of euphoric cheers  and shout the lyrics back at Smith, ensnared in his own gothic spider web.

Truth be told, The Cure look terrible. Assembled on stage, the five of them seem like ageing vampires, summoned from their coffins to play one last gig. Smith’s voice, though, sounds as good as it ever did, soaring across the auditorium with ease. As he stands, shrouded in darkness and caked in black makeup, flanked by his equally mysterious bandmates, they seem to come from a separate realm, witches casting a spell. The band who dominated the 80s and 90s alt-rock scene are resurrecting themselves, dragging themselves back from the dead.

The Cure know how to make the melancholy romantic, and blur the lines between these two categories. As they launch into ‘Lovesong’ and the familiar keyboard melody begins, there is a sense of comforting sadness in the crowd:

Here, Smith finds solace in the woman he loves, but implies the bleakness of that life without her. Again, there is a doubleness to these lyrics when performed live: it is a song about the pain of being apart, and the joy of return – Smith and his henchmen are making their own triumphant return as they perform. Tracks like ‘A Night Like This’ share this sense of dour elation, as Smith remembers standing ‘made of stone’ watching a lover ‘walk away’. Similarly, ‘Bloodflowers’ mediates on change and impermanence, and even ‘Boys Don’t Cry’ masquerades as a cheery pop song whilst telling the story of a man ‘hiding the tears in his eyes’ from a lost lover. No song by The Cure is ever really as it seems.

Smith knows how to tease an audience. The band leave many of the uplifting, popular numbers for later in the show, scattering only a few dance-worthy tracks throughout the setlist, such as ‘In Between Days’, ‘Just Like Heaven’–this keeps the audience on (or off) their toes, eager to know when they will get what they’ve waited for. It isn’t until the third encore that the band finally launches into old favourites ‘Friday I’m In Love’, ‘Lullaby’, ‘The Lovecats’ and ‘Why Can’t I Be You?’, among others. Purple and pink lights spin and flash around the stage and the band smile at one another as they play. This moment truly is a climax–and all the more precious for waiting for it.

Mid-way through, the band plays ‘A Forest’. As the bass kicks in and Smith begins to moan the unintelligible, dreamlike lyrics, the guitar lines build momentum. The song is confusing and intense: Smith’s lyrics describe a recurring dream in which he is lost in the woods, chasing a girl who is calling him. But instead of finding her, she disappears:

It is circular, disorientating–but, then again, his lyrics are usually like this. For artists of their era like The Smiths, the strength of the songs comes largely from their witty wordplay; the power of The Cure’s music, conversely, comes from its ability to communicate before it is understood. They have an ability to capture a gothic, romantic euphoria that goes beyond words: their songs feel like the emotions they are trying to express. One song they do not play is ‘Plainsong’–if any piece of music encapsulated the band, this does. The synths flit between a victory and a funeral march, as Smith’s vocals fade and fall into one another, whispering, rising and falling like a distant tide. It’s impossible to directly translate upon first listen–but is sounds like how it feels to fall in love.

The Cure close with ‘Killing an Arab’, a song inspired by Albert Camus’s Existentialist novella L’Étranger–it is an apt choice. It is a song about alienation, about being an outsider–about, in Camus’s words, not ‘playing the game’. As The Cure stand centre stage, draped in mystery, gloom and black lace, they are refusing to do just this.