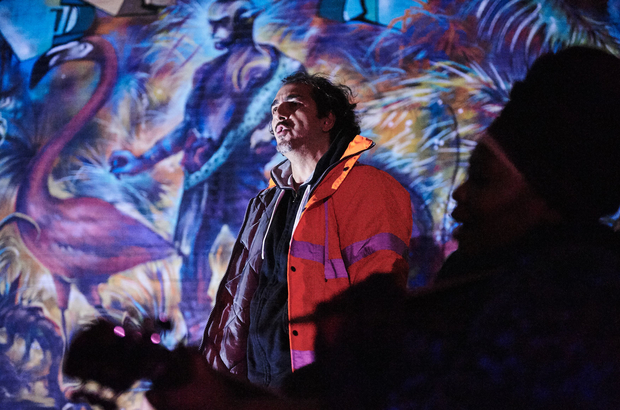 To visit present-day Shoreditch is to be overwhelmed by a particular brand of high-priced London gentrification. Swanky burger joints with bare-bulb lighting, Victorian pubs selling nothing but craft beers and gins, and the infamous Cereal Killer Café characterise a neighbourhood largely inhabited by middle class ‘creatives’, who stalk the streets with their apple products, Fjällräven backpacks, and All Saints or Urban Outfitters clothing.

Only two or three decades ago, before creative and tech industries came to take advantage of cheap rents in the declining industrial landscape, Shoreditch was anything but genteel. It was, at that time, the heart of London’s East End: the infamous inner city realm synonymous with extreme poverty and petty crime, and popularised by writers such as Charles Dickens.

Yet can a neighbourhood’s identity truly just change in this way? Can Shoreditch really have gone from poor and deprived to young, rich and trendy in just a few years? These are questions that Teatro Vivo pose in their fantastic new promenade production Twistov, a modern re-imagining of Dickens’ Oliver Twist that takes places among the railway arches and back streets of Shoreditch. The play suggests the hipster veneer of Shoreditch to be deceptive. Vagrants and gang-masters are all still there – only now the victims are Eastern European migrant workers or Black British immigrants, working and suffering out of sight as cleaners or builders.

Writer Michael Wagg wisely chooses not to do an exact re-telling of Oliver Twist. Such an endeavour would appear contrived and forced, and would not carry the same sense of realism and emotional power as the play he has ultimately created. Thus Oliver Twist himself becomes Twistov – a Ukrainian immigrant whom all the characters of the play either know or are searching for. Nancy becomes Twistov’s sister, who believes him to be studying engineering at London Metropolitan, and who has flown over from Ukraine to bring him back to their dying mother. Fagin becomes a slimy Glaswegian gang master, for whom Twistov really works. He prevents Twistov from leaving the country; he has sold his passport on to another migrant that sought identity papers.

The Artful Dodger, Mr. Brownlow (‘Professor Brownlove’) and Bill Sykes (‘Wilhelm’) all feature, alongside other characters for whom I could not think of Dickensian equivalents, such as Zimbabwean lady who complains about her cleaners’ wages at the Foreign Office, and an Eastern European builder who fled his country after being persecuted for being gay – only to be told by British authorities that this is not suitable grounds for him being allowed to remain. Moreover, the audience itself becomes a character. At the climax of the play, when we arrive at ‘Jan Man’s Yard’ (Jan Man being equivalent of Dickens’ cruel workhouse owner Mrs. Mann), we are given new identity tags as though we ourselves are desperate, undocumented immigrants. We are told by Fagin that we will work for £4 an hour as industrial cleaners, with no regard for what skills we may have had back home in Eastern Europe.

Twistov engrosses the audience in the plight of the poor and destitute in London today. The play emphasises this destitution by modelling the characters on their Dickensian counterparts, and yet takes great pains to give the characters a real backstory and to present the play in a real setting. For when the play is described as taking place ‘through the backstreets of Shoreditch,’ this does not equate to just one token street corner. It really does occur over a huge area, and the play’s storyline develops through random interactions with characters at houses, cafes and builders’ yards. The Nomadic Community Gardens, where the final scenes are played out, is a truly incredible space, filled with odd pieces of furniture, huts, and the most beautiful graffiti I have seen in London. For Twistov, the Gardens were filled with fire-pits and Eastern European music in order to paint the space as some kind of migrant camp. The freezing London winds, the rumbling London Overground and the Guy Fawkes fireworks erupting all across the city made for a truly spellbinding atmosphere on the night I attended.

Hugely complicated and imaginatively conceived, Twistov engrosses you in its tale of deprivation and hardship in what is supposedly one of London’s most up-and-coming neighbourhoods. It manages to re-inject a touch of Dickensian magic into the streets of East London, making you see the old Victorian buildings and back-alleys in new ways. Most importantly, though, Twistov lays bare the hardship and difficulties faced by present-day immigrants in the dark underbelly of modern London. It is a world completely at odds with the kinds of anti-EU and anti-immigrant discourse we have become accustomed to politicians and tabloids regurgitating.

Twistov is an immensely powerful and important play. The message of humanity and unity, presented as it was in such a magical way, remains with you long after the show.