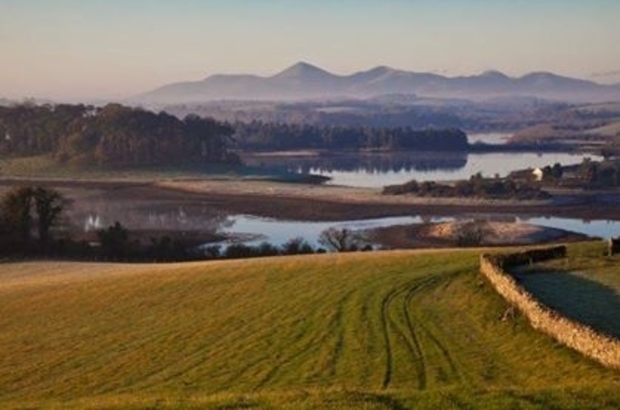 CHIARA MAURINO analyses the representation of the environment in Seamus Heaney’s poems ‘Act of Union’ and ‘The Bog Queen’.

The landscape has always been a vital theme in poetry. Artists of all ages have looked to their environment, be it natural or social, as inspiration for their works. But all too quickly we tend to associate natural imagery with romanticism, and with the sublime, the spiritual and the healing. We forget, perhaps, how the natural environment tells a story of its own, how it combines and couples with history to give its inhabitants a sense of national identity. Northern Irish poet Seamus Heaney portrays the Irish landscape as a victim and an aggressor in his poems, thus exploring the connections between history, violence and the natural environment.

Conforming to ancient Irish poetic traditions, Heaney creates an unbreakable bond between women and nature, which critics have taken to be a reference to ‘Mother Ireland’ or the homeland. Indeed, his poem ‘Act of Union’, a reference to the 1801 ‘Act for the Union of Great Britain and Ireland’, draws on an aspect of Irish identity which is still the cause of strife today: its turbulent relationship with England. Heaney depicts a violent sexual encounter, the British ‘rape’ of Ireland, and uses natural language to suggest a landscape battered from the aggression it has born witness to, ‘raw, like opened ground’. The woman’s back is ‘a firm line of eastern coast’ and her legs are thrown ‘beyond (your) gradual hills’, evoking a parallel between this rape victim and the Irish landscape. This is emphasised by the political language Heaney employs, with words such as ‘kingdom, province, colony’ and ‘borders’ all betraying a concern with empire and expansion. By likening the ‘tracked and stretchmarked body’ to the Irish land, Heaney creates an irretrievable tie between Irish people and their natural environment: they are both scarred by Ireland’s violent past and they are both victims of its bloody history.

Writing at a time of high tension during the violent, 40-year period of the Irish Troubles, Heaney recognises that Ireland’s history is still very much an open wound. The natural environment evoked in Bog Poems – inspired by photographs of Iron Age bodies discovered in the bogs of Northern Europe –  is linked with violence, as Heaney foresees the re-emergence of bloodshed as the troubles draw closer. His poem ‘Bog Queen’ describes the metamorphosis of a skeletal corpse in its natural surroundings and its rebirth from the grave. Again we are met with a female affinity to nature: is the ‘Bog Queen’ a skeletal reincarnation of Mother Ireland? Unlike ‘Act of Union’, however, nature is the violent aggressor rather than the victim, ‘dawn suns groped over my head…the seeps of winter digested me’. Both these verbs suggest intrusion, perhaps another reference to the British conquest of Ireland; the violence that nature exerts on this female figure is a symbol of Ireland’s bloody history. Heaney connects nature with death and pain– ‘glass toothed stone, bruised berries’ – to echo a blood-stained and unresolved past; Ireland’s bloody past leaves deathly traces in the very landscape of its country. History is bound to repeat itself and the Bog Queen’s sinister rise ‘from the dark’, an allusion to the imminent and turbulent Troubles, foregrounds this fear.

But what can we draw from Heaney’s contemplation of Irish land and its relationship to Irish identity? In a world dominated by Trump’s and Bolsonaro’s attitudes towards the environment, we need not look at poetry to sense imminent catastrophes. We can, however, look to poetry, literature and in fact all art for evidence that nature is a cultural heritage and an emblem of history and national identity. Global warming threatens our earth and our lives, but we tend to forget that it also poses a threat to our history and identity. Just as Heaney’s landscape has been battered and damaged by British rule, our natural environment is being slowly obliterated by climate change, and with it our national identity.

I lay waiting
between turf-face and demesne wall,
between heathery levels
and glass-toothed stone.

My body was braille
for the creeping influences:
dawn suns groped over my head
and cooled at my feet,

through my fabrics and skins
the seeps of winter
digested me,
the illiterate roots

pondered and died
in the cavings
of stomach and socket.
I lay waiting

on the gravel bottom,
my brain darkening.
a jar of spawn
fermenting underground

dreams of Baltic amber.
Bruised berries under my nails,
the vital hoard reducing
in the crock of the pelvis.

My diadem grew carious,
gemstones dropped
in the peat floe
like the bearings of history.

My sash was a black glacier
wrinkling, dyed weaves
and Phoenician stitchwork
retted on my breasts’

soft moraines.
I knew winter cold
like the nuzzle of fjords
at my thighs––

the soaked fledge, the heavy
swaddle of hides.
My skull hibernated
in the wet nest of my hair.

Which they robbed.
I was barbered
and stripped
by a turfcutter’s spade

who veiled me again
and packed coomb softly
between the stone jambs
at my head and my feet.

Till a peer’s wife bribed him.
The plait of my hair
a slimy birth-cord
of bog, had been cut

and I rose from the dark,
hacked bone, skull-ware,
frayed stitches, tufts,
small gleams on the bank.

To-night, a first movement, a pulse,
As if the rain in bogland gathered head
To slip and flood: a bog-burst,
A gash breaking open the ferny bed.
Your back is a firm line of eastern coast
And arms and legs are thrown
Beyond your gradual hills. I caress
The heaving province where our past has grown.
I am the tall kingdom over your shoulder
That you would neither cajole nor ignore.
Conquest is a lie. I grow older
Conceding your half-independant shore
Within whose borders now my legacy
Culminates inexorably.

And I am still imperially
Male, leaving you with pain,
The rending process in the colony,
The battering ram, the boom burst from within.
The act sprouted an obsinate fifth column
Whose stance is growing unilateral.
His heart beneath your heart is a wardrum
Mustering force. His parasitical
And ignorant little fists already
Beat at your borders and I know they’re cocked
At me across the water. No treaty
I foresee will salve completely your tracked
And stretchmarked body, the big pain
That leaves you raw, like opened ground, again