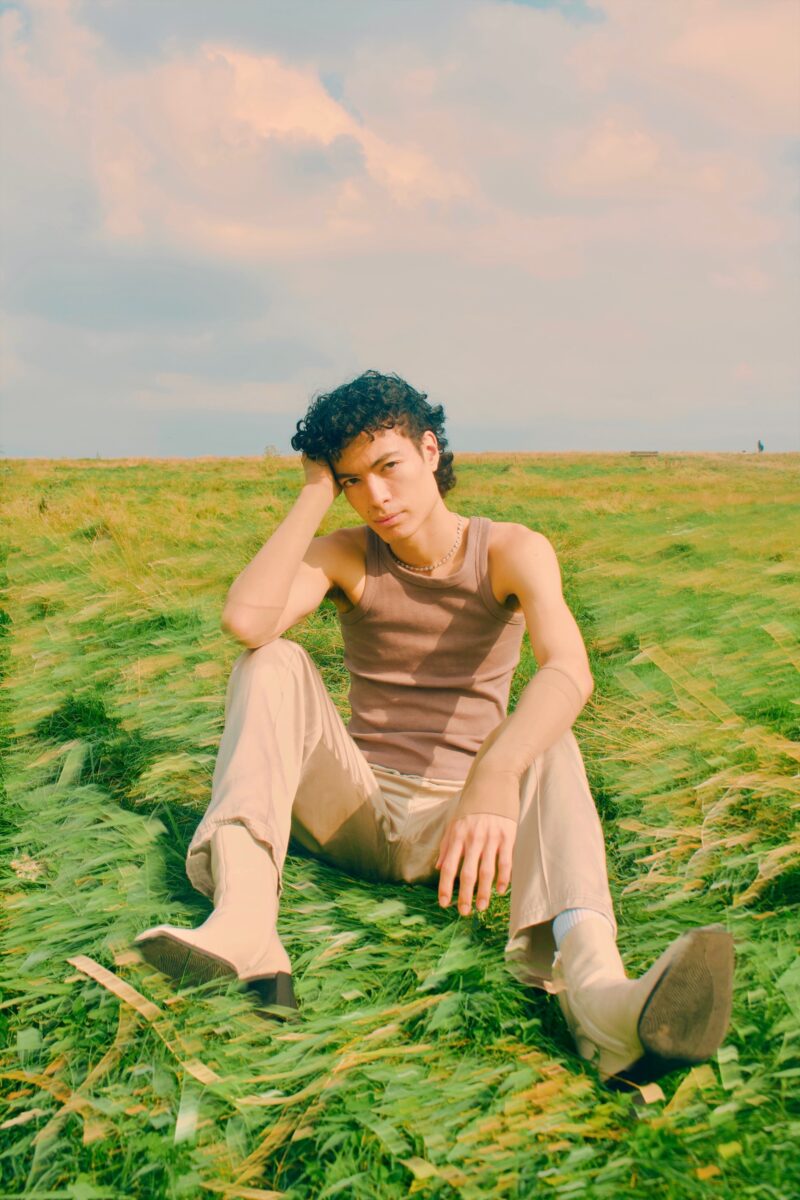 MATILDA SYKES catches up with MR. JWM about his process of DIY music production.

Mr. Jwm is a London born and raised producer and singer-songwriter. Having always had a keen interest in music, he began producing music in his bedroom when he was fifteen. Originally, Mr. Jwm specialised in producing lo-fi hip-hop beats for which he garnered thousands of streams on Soundcloud. More recently he has begun to expand his work into the mainstream by implementing a fusion of pop, R&B and rap vocals into his new songs. Now, Mr. Jwm is beginning to produce and write music as a solo vocal artist.

How did you start out creating music?

When I started I didn’t really have any equipment other than my laptop – I started out producing beats, using Logic and key-functions to record chords and drum patterns. I learnt a bit of piano, too; I learnt two grades when I was young, but I stopped doing it because I didn’t like the whole examination process, having to practise relentlessly. But then when I was getting back into music I had a vocal teacher and we would practise piano as well – that’s how I picked it up again.

What were you producing on Soundcloud?

I started out with some weird electronic music and then I moved to doing lo-fi beats – with those I would just use samples. I would literally just search ‘songs to sample for lo-fi hip hop track’, and then I’d get a loop and build a beat around that.

Do you think there is a sense of a Soundcloud community?

Definitely – there was a real community there. I would collaborate with random people online, sending each other loops and beats, and adding samples.

What kind of headspace do you need to be in to make music? Is there one?

Sometimes there needs to be one, sometimes there doesn’t. A lot of the time these days I like to work on new music when I have listened to a song and I want to recreate a similar mood – so when I am inspired. Other times, I just try to stay in the routine of creating music and if I haven’t done it in a while, just get back on it whether I am inspired or not.

That’s really interesting. I suppose the logistical ease of making bedroom beats is both a good and bad thing in terms of discipline… but it sounds like you’ve found your rhythm?

Yeah, I definitely think so.  When trying to build up an audience you need to be consistent. When I started out on Soundcloud I would put something out every one or two weeks, and that’s what I am trying to do now with Spotify. But with Spotify it takes longer because it’s not just a beat, its vocals and song-writing too.

Can you elaborate on the song-writing process?

It’s definitely my favourite part. Writing and recording vocals was something I always wanted to do, but in the beginning I just wasn’t good enough to do it. It took a lot of practise for me to get decent enough to record vocals. But now, once  I have chords and a beat going then I can really vibe with it and just sit down, put on my voice memos and improvise. When I am improvising, certain vowel noises, words or sentences just happen. Then I base the writing around that. It’s the most fun part because it feels the most effortless – more like channelling.

Do you draw from lived experience in your song-writing?

Is it nerve-wracking knowing they could listen?

Kind of. But I also hope they do – kind of. The first track, ‘You’ve Got to Cry’ came from feeling I had to write something empowering about the situation. When I finished I felt happy – it had helped.

How do you know when to stop, when the track is finished?

I feel I am okay at stopping when I need to. When recording vocals, I obviously just stop when I have to. But when producing I keep on comparing and going back and forth… you get to a point where you realise you’ve just been in a thought loop. When I get stressed I step away and take a breather.

Which vocalists influence you?

The first one I always say is Mariah Carey. It’s weird because I don’t think many artists – especially male artists – would say that. But she really inspired me because she’s a songwriter and a producer, the same as me. She’s so creative with her melodies, they’re so intricate, I learnt how  to do vocal runs and improvise on things from them. Apart from her, a lot of solo artists like Lauryn Hill, Amy Winehouse, Alicia Keys and more recently Doja Cat.

How would you describe your own rap/flow style?

Well, that’s why Doja Cat has been inspiring me lately. She switches so effortlessly between singing and rapping. Nowadays with pop music it feels important to be able to do a little bit of rapping as well. I feel like they’re pretty inter-connected. When you can write songs you pick up on how to develop cadences, how to flow and things like that.

Your videos and photographs are beautiful – how important is the visual aspect for you?

It’s super important for me. As soon as I have a nice album cover it brings things together for me – that might be surprising, but it’s true.  It’s very important to have visuals from an artistic perspective, but also from a promotional perspective. People will be more likely to listen if you have nice visuals. They’ll see it before they hear it.

Yeah, definitely. I suppose that’s the challenge of streaming culture and DIY music production. You have to provide every aspect of the artistic image, be your own creative director as well as a musician. How is that for you?

It’s mad. I do like doing it. These days to even try and get signed you have to come with the image and with it all put together. But it is fun for me, and I definitely want to try different things – more music videos and maybe some choreography. That would be great fun.

Are you looking to start doing live performances?

Yes. I haven’t done them before so I would be super nervous, but it’s something I both have and want to do. I haven’t really performed for anyone.

You can find Mr. Jwm on Instagram: @jamesmacgregor_ or on Soundcloud and Spotify: Mr. Jwm