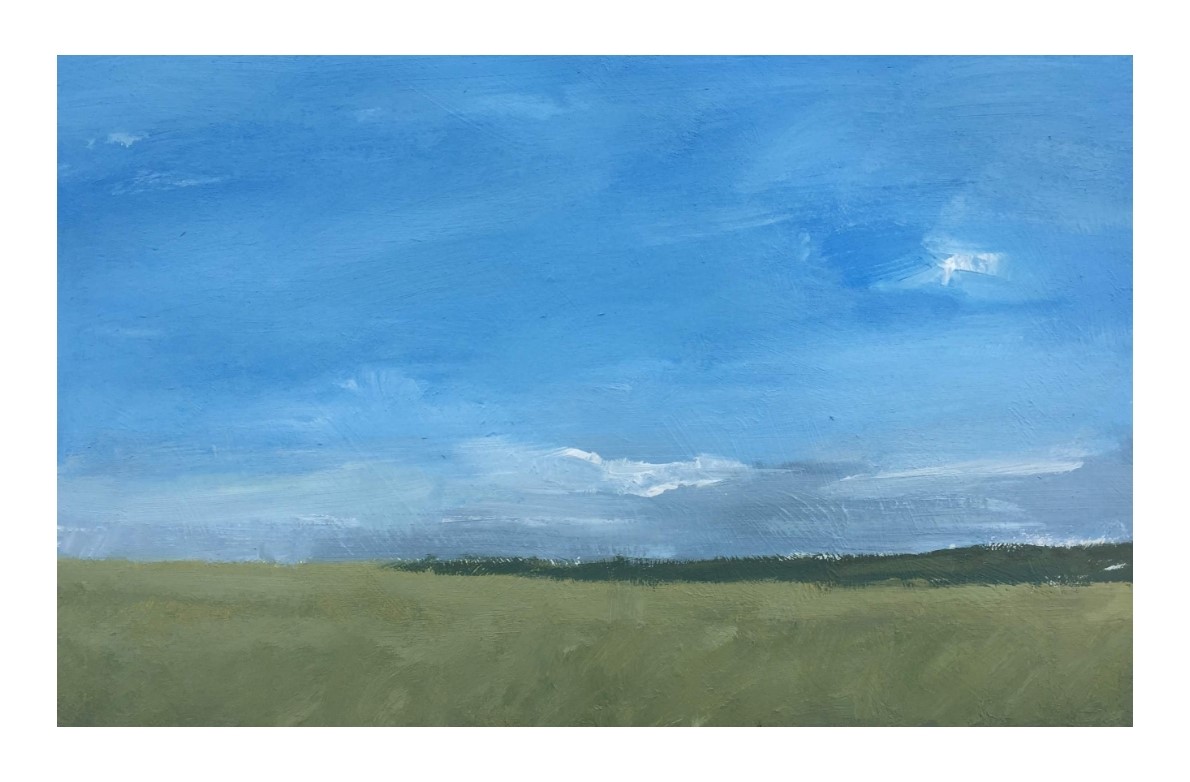 A prose piece by HUGO MCCULLAGH.

He lay on his bed, and as the mattress slowly absorbed his head, he allowed the song’s melody to do the same. The soft notes of the opening chords made his eyes shut with a force that was quite unconscious, and as they closed, the music seeped in through his ears. Like a liquid emptied into a series of pipes, it made its way through the complex pathway which, only moments ago, had contained his thoughts. The sedating effect of the instrumental beginning meant that the transition into the first vocal harmonies might have come as something of a shock. But the way they were constructed meant they had no such effect.

He could place three strands of the harmony, each leaping over the one before, then graciously ceding its lead to the next. He imagined them as three swallows, taking flight from its tree branch one at a time, the first swallow spreading its wings as the sky’s invisible currents allowed it to rise and then, reaching the crest of its ascent, dropping as smoothly as it had risen. Its followers mimicked its rhythmic ascents and descents, with a perfectly measured delay. They were as well-drilled as soldiers – yet their genius lay in their absence of mechanisation. Their course was never sharp or sudden, it was simply an unrelenting and eternal curvature, which embodied all that was natural in the world. It was the opposite of, for example, a triangle – the thought of which stirred him, with its brutal, ugly composition, and he returned to the peace of the swallows. Each one produced a light, cloudy trail, so that he could trace its course through the clear, open September sky.

As the harmonies swooped and dove, he had long forgotten about the instruments’ light undercurrent, though somewhere within his mind it provided the branch for the swallows to take their flight from. He thought the swallows might continue their flights forever, that he would never again be the sole occupant of his mind. Watching them was better than any thought that he had ever had, and it seemed reasonable, that they should occupy the space which he could not. This would not concern them in the slightest; their only preoccupation, after all, was following their thoughtless glide through uninterrupted heavens.

He knew it had been coming. It had been a source of dread ever since the swallows had allowed themselves off the branch. The verse had begun. To his delight, the swallows remained oblivious, and they never once flinched, just continued their rolls and turns, undistracted from their paths. He realised that this was only natural, as the new addition to the scene was taking place at ground level, far below his swallows. The verse, in fact, had none of the destructive effects which he had worried it might: for miles and miles, its hills rolled along the sky-floor’s gentle green. The voice sang so gently that he did not hear it as a voice at all, but merely as a sound, so subtle that it simply formed a base for the swallows, to weave their aerial tapestry above. Far from shattering his peace, the verse, gentle and secure, gave stability to the scene. The identical path of each hill, raising and then lowering, was a sanctity which he had never met before, and it relieved him to see something so stable. This further justified handing over his thoughts to the swallows, as stability and certainty were qualities which he had never been able to achieve.

The chorus loudened slightly, raising the level of the hills so that the swallows now flew only just above it: the hills and the birds worked in synthesis, and he feared that the deep sadness their beauty had provoked in him might obstruct them. It did not. He merely sank deeper and deeper into the most beautiful thing that had ever happened to him, and with that he had decided to give up his mind to the swallows. There was no need for words or signs; the swallows simply knew what was bestowed upon them. The hills knew too, of course, and they too did not respond.

Having found relief, bestowing his burden on guardians more capable than himself, he finally let go – without farewell, without solemnity. He simply rose up, and as he grew lighter and lighter, he joined the sky – to never be alone again, to wander with the swallows forever.