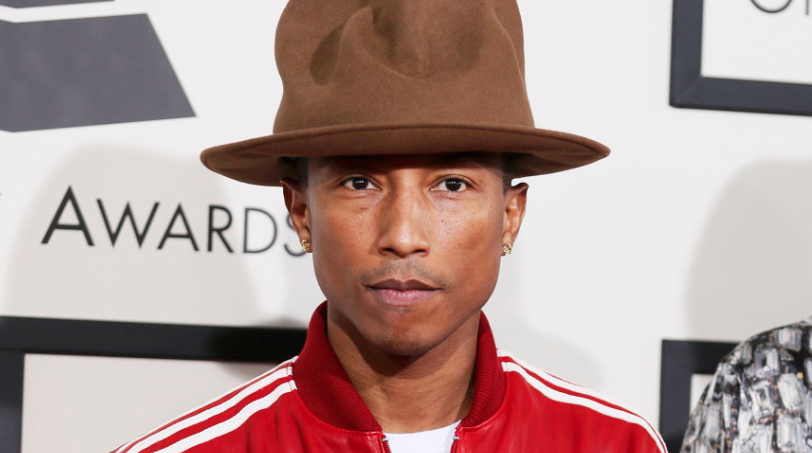 I knew there was something distrustful about a man who wears a hat big enough to conceal his lies. The man in question? Pharrell Williams. Little over a year and a half ago, music hit an all-time misogynistic low, with both the lyrics and video of Pharrell and Robin Thicke’s Blurred Lines sending shockwaves through the music scene and enraging feminists the world over. The song caused a social media meltdown, a rethinking of the everyday sexist vernacular and was even banned across several UK universities. It’s creepy, nauseating and unequivocally distasteful. And that’s just Robin Thicke’s trademark goatee and open shirt combo. 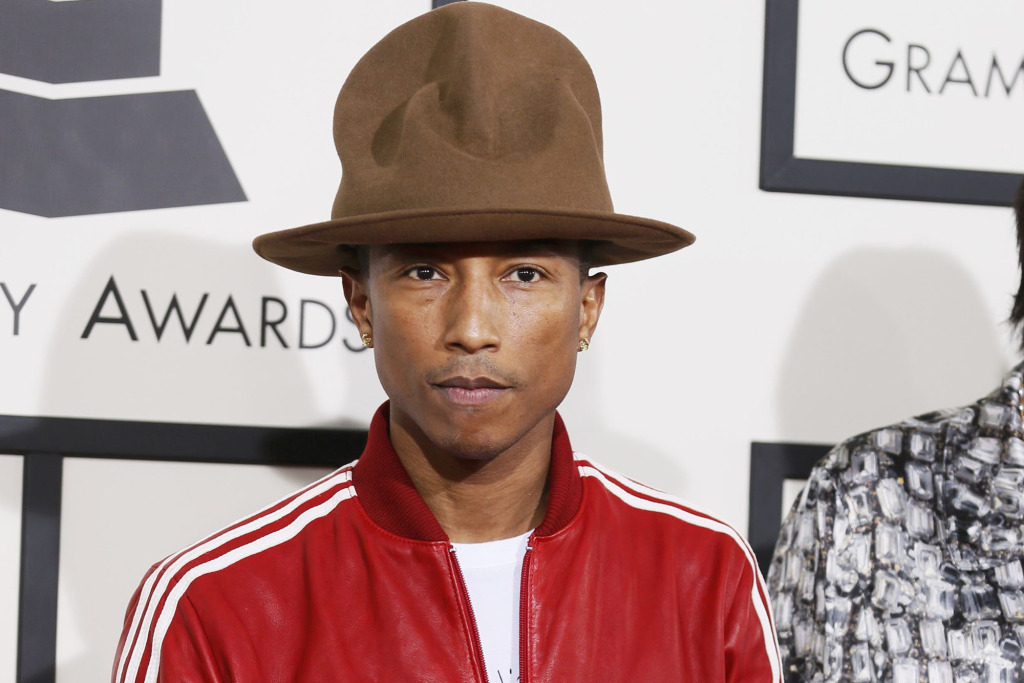 We all know the problems with the Blurred Lines video: its ‘no means yes’ themed lyrics; the degradation of every woman that features in it; and of course the question of ‘why the f*ck does it feature a goat?!’ However, what hasn’t been made obvious by mainstream journalism and social media is that the narcissistic Robin Thicke allegedly didn’t write a single word of the lad-culture anthem. Under oath in a plagiarism court case, Thicke testified that “the record would have happened with or without me”, leading to the revelation that it was in fact Pharrell who manufactured the entirety of this ticking time bomb of a record. In reality, the overly groomed Thicke was ‘too drunk to contribute’, with “75% of it…already done” when he signed on. Thicke followed up this story by saying: “the biggest hit of my career was written and produced by somebody else, and I was jealous and I wanted some of the credit”. Don’t worry big guy, we don’t care if you didn’t write the lyrics, it’s still clear you’re a top-tier bellend.

However, my dispute is not aimed at Thicke; it’s aimed point blank at the deceitful ‘feminist’ that is Pharrell. The majority of pop culture consumers, quite wrongly, have a conception of Pharrell as the forever cool and sophisticated producer. We nonchalantly glance over his cameo in Blurred Lines and only remember him for the unimaginative, inoffensive Happy, produced for those who live for ‘big ones’ at Tiger Tiger. Following criticism of the controversial nature of Blurred Lines and his contribution to it, in an interview with Stylist Williams replied: “I’m not surprised, because it’s the way that media works.” Yes, you are right Mr. Williams: standing fully dressed, whilst unclad women prance about you, with Señor Thicke whispering repeatedly into their ears ‘I know you want it’, really has not been given the justice that it so blatantly deserves. 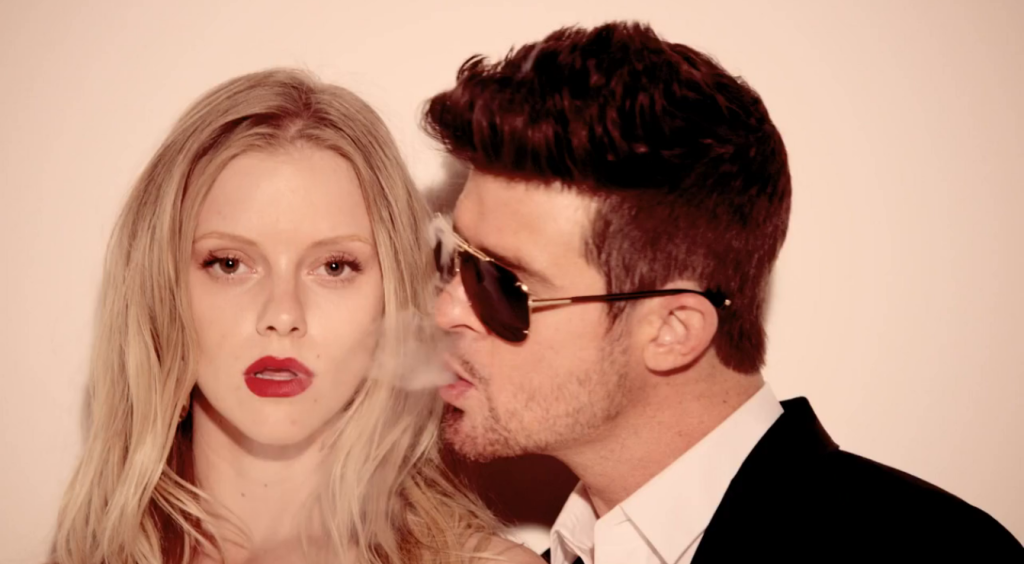 What is most frustrating about the artist is that he titled his most recent album ‘GIRL’. Pharrell claims his album is a show of respect to that specific demographic, but I for one do not buy into his softly spoken bullsh*t. Not only is the title belittling to women, but for a man who claims that he “love[s] women” and that the last thing he would want to do is “degrade” them, why is it that he generated a song that does exactly that? Themed around force, the equating of women to animals and the defining of ‘good’ and ‘bad’ girls based on their sexual demeanour, Blurred Lines serves to show us a glimpse into Pharrell’s so-called ‘woman loving’ psyche. For Pharrell, if a woman is to be respected she must be a ‘good girl’ whose morality is solely based on her abstinence. This leaves the ‘slut-shamed’ other women, who apparently do not warrant any respect at all.

Evidently, Pharrell is not the moral man he claims to be. His ability to woo his audience with his laid-back tones and relentless energy has too often papered over the cracks of the true misogynist jargon that he spews to the media. His charm is undeniable, but the criticism he deserves is rarely given to him. We must be more aware of the message that Williams is actually promoting. The next time Pharrell preaches his indisputable moral purity, make sure to question him, this very man who sang “you the hottest bitch in this place” …to a goat. 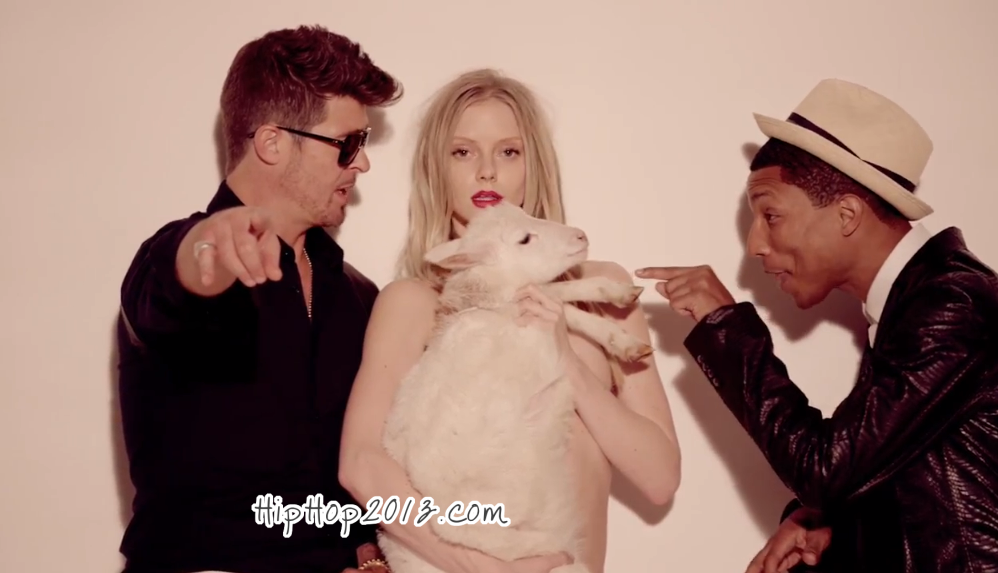