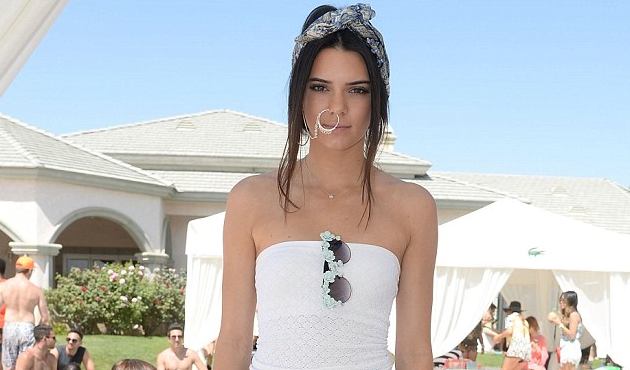 If you pay attention to any celebrity gossip site around early summer, it’s hard to miss photos of celebrities adorned in what’s become staple festival attire: sparkly bindis, ethnic headdresses and intricate henna tattoos. Stars like Vanessa Hudgens, Selena Gomez and the Jenner-Kardashian clan have documented their mashup of “exotic” Coachella accessories on Instagram, and as always, our celebrity-obsessed society has diligently followed suit.

Dusted in a cloud of glitter, festival royalty have borrowed aspects from almost every alluring foreign culture and homogenised them into one very confused, westernised fashion concoction. Whether it’s Kendall Jenner’s oversized nose ring, usually worn at traditional Indian weddings, or Vanessa Hudgens’ mishmash of war paint, bindi and headdress, there is no doubt that respect and sensitivity for other cultures is going out the window. Hudgens’ choice to “brave the dust storms” of the Californian desert sporting a glammed up shemagh and a bindi studded forehead is not an act of reverent celebration, or even an attempt to understand these Middle Eastern and South Asian customs. She has simply pillaged ancient symbols from another culture on Western terms and worn them in a Western way, which, through her ignorance, totally negates their cultural value.

However, last month the organisers of Glastonbury festival responded positively to an online petition to ban the selling of headdresses at their 2015 event. Feathered headdresses will now be listed as prohibited vendor items at the festival, following the petition’s claims that the wearing of headdresses by non-native Americans is disrespectful. This follows on from Canadian festival Bass Coast’s request for festivalgoers to leave their feathered headgear at home out of respect for “the dignity of aboriginal people”. Although the Glastonbury organisers have not yet commented on whether headdresses will be banned altogether, this decision is, at the very least, an attempt at eliminating cultural appropriation in the festival circuit.

Cultural appropriation by definition is the adoption of certain aspects of a minority culture by a dominant culture for aesthetic purposes, with invariably little understanding of the original meaning. It usually refers to music, language, religious and cultural symbols and clothing, ranging from headdresses at a festival to tattoos of Chinese characters and even the Harlem Shake. Cultural appropriation is deemed disrespectful because, however unintentional, it stereotypes the original culture, exploiting their meaningful traditions for entertainment or fashion.

Despite the controversy that surrounds cultural appropriation, it cannot be denied that Bass Coast’s reason behind banning the headdress makes a lot of sense: the festival takes place on indigenous land and feathered headdresses are a sacred adornment to the indigenous people. They are worn on special ceremonial occasions and reserved solely for a male chief, who must earn his right to wear one. It’s easy to understand why imitations of such sacred symbols are considered disrespectful, considering how stereotypical the imitations themselves are. In the US alone there are 564 federally recognised aboriginal tribes; playing “Red Indian” à la Khloe Kardashian is an insulting homogenisation of all 564 of these cultures. Bear Witness, a member of the Canadian music trio A Tribe Called Red, explains: “You’ll see someone wearing a headdress in the same picture as a totem pole and a canoe when actually those are from three different cultures. The totem poles are from the northwest, headdresses are from the plains and the kinds of canoes you usually see are woodland canoes. So it’s robbing us of our individual cultures.”

“Tribal chic” also treats natives as exotic foreigners in their own land. This is an incredibly delicate subject for aboriginals in many countries who are still involved in ongoing civil rights movements. Bear Witness says he hopes “terms like “Redskin” and “Indian” will soon carry the same taboo as “nigger”” in North American society. Until this happens it is important to not undermine the struggles of the aboriginal people with such casual, ignorant stereotyping. The sudden surge in popularity for all things “exotic” exposes the harmful power of the Western world over these marginalised cultures. It becomes a case of the West deciding when – or if – a cultural symbol can be considered ‘cool’. Cultural appropriation therefore intensifies existing cultural tensions by emphasising who holds the power. These cultural symbols hold long-established significance in their individual societies and should not be treated like any other disposable fashion accessory.

That being said, the confused sartorial choices of the bindi-loving ex-Disney stars of Coachella are not intended to exercise western power over marginalised people – I doubt many of them even know what that means – but are rather an attempt to snatch up the next cultural novelty and win at ‘Who Wore it Best?’. Provided no-one believes these celebrities are humbly paying homage to the cultures they are so eager to appropriate, the trend is not actively harming anyone. Unfortunately, their tragic effort at edginess has a great influence on popular culture .Wearing a bindi to a festival is not exactly active participation in oppressing an ethnic minority, but it is important that the popularity of westernised versions of “exotic” symbols never dominates their traditional meanings.