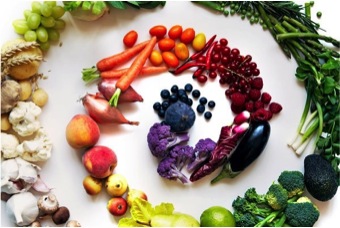 As January draws to a close, the vast majority of us have (be honest) forgone our New Year’s resolutions at least once. The most popular resolutions continue to revolve around the ‘detox’: an effort to purge the over-indulgence of the holidays through some sort of diet regimen. In recent years this has become even more common with 21% of resolutions focused on weight loss. Yet the bid to better ourselves has long been exploited and monetised by the diet industry, and New Year’s resolutions are no exception. The BBC recently reported that as few as eight per cent of us meet the goals we set on 1st January, rendering the supposed ‘effectiveness’ of the January detox questionable at best. This all begs the question: what draws us into the January detox and why do we continue to play into the hands of a diet industry that feeds on our insecurities?

The principal aim of many January diets is weight loss. This has, in turn, led to the promulgation of the ‘crash diet’, a diet which is presented as a quick-fix to achieve the ‘perfect body’. This goal is problematic in itself; last year’s ‘Are you beach body ready?’ campaign controversy highlighted the issues with promoting an unachievable, supposedly ‘ideal’ body. These fad diets set their subjects up to fail, imposing an impossible standard, both in means and end. The ‘Maple Syrup Diet’ advocated for by numerous celebrities, for example, entails subsisting solely on a detox drink of maple syrup, lemon juice, and cayenne pepper. Similarly, ‘The Five Bite Diet’ – developed by Alwin Lewis – allows you to eat anything you want, but only five bites of it. Not only does this leave the dieter malnourished, but it is ultimately deeply wasteful, rendering it hostile to both the environment and your budget.

Dieters become guilt-stricken in falling off the band-wagon, wondering why it is so difficult to get back on. Yet herein lies the key problem with the ‘detox diet’: the dieting industry fails to take into account the individual. In treating society’s collective health as homogenous, the industry ignores our personal physical health. Some may naturally lack certain nutrients which could mean that cutting out an entire food group in the name of a diet could pose serious health risks. For instance, the brain needs 130 grams of carbohydrates per day in order to function (Theresa Shank, RD, LDN of Einstein Healthcare Network), therefore a no-carb diet reduces our brain activity and in some cases can cause a build up of ketones (an acid formed when the body burns its own fat due to a lack of insulin). This could result in headaches, nausea, and bad breath. Worryingly, some of the more mainstream diets, such as ‘The Raw Food Diet’ and ‘The Paleo Diet’, advocate this approach. Both allow meat, fish, fruits, nuts, eggs, and honey, but ban all cereal grains, legumes, refined sugar, and dairy. While this eliminates processed foods and is high in protein and good fats, it is also sorely lacking in carbohydrates, potentially exacerbating the aforementioned problems.

Another key issue posed by the diet industry as a whole is that it pushes dieters to ignore the basics. With the constant barrage of celebrity endorsed super foods we face on social media, it becomes easy to forget that the most healthy and accessible foods lie on our doorstep: the fruit and vegetable aisle of the local supermarket. The latest Instagram foodie’s plethora of seaweed smoothies and wheatgrass shots are no different to the unattainable and ultimately unsustainable ideals presented by the dieting industry. In 1996, the American physician Steve Bratman MD coined the term ‘orthorexia nervosa’, a medical condition in which there is an obsession with eating healthy foods, a craze certainly preyed on by the dieting industry. Nigella Lawson recently spoke out against the health food industry, criticising the ‘clean eating’ craze for endorsing potential eating disorders and affirming that ‘what is important is that you are healthy and embracing life’. Presenter Carrie Armstrong also spoke out against ‘clean eating’. Armstrong claimed that developing ‘orthorexia nervosa’ controlled both her life and body for over eight years. Her hair began to fall out and she experienced tooth decay. Those affected by orthorexia tend to be from the middle class and in the 30 year age bracket, but with increasing numbers indulging in gateway ‘detox diets’ it is affecting more people than ever.

In reality, it is easier, more sustainable, and more budget-friendly for us to simply ‘eat [our] greens’. The NHS advises that we aim to eat at least five portions of fruit and vegetables per day and promotes a balanced diet that is high in fibre and protein, but low in sugar. Guidelines suggest that women aim to eat 2000 calories a day and men 2500, but for those who wish to lose weight, they suggest to cut this intake by 500–600 calories per day. This is a beacon of hope for those of us who deplore the deprivation and commitment that the New Year diet brings. More famous foodies, such as chefs Ella Woodward of ‘Deliciously Ella’ and Jamie Oliver, are recognising the issue of the unattainable food regimen and adapting their recipes to fit the occupied mum, busy office worker, and the lazy student who want to be able to enjoy the food they love and find healthy alternatives.

So what can be learnt from debunking the New Year’s detox? It reveals that there is no quick-fix, one size fits all dieting regimen. Developing healthy habits is key to our long-term health, but if they are to be fruitful they must be incorporated as part of a sustainable lifestyle; a lifestyle that balances healthy eating and exercise, but which is also free of the guilt that underpins the majority of diet plans. Sustainability, balance, and body positivity are key to an effective dieting approach that harms neither body nor mind.