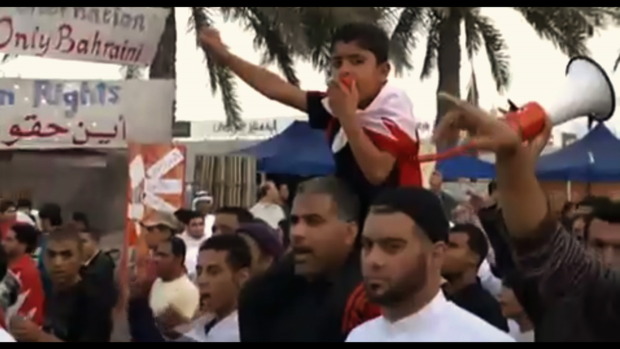 SOPHIA COMPTON considers the use of smartphone technology in broadcasting news.

I hope you will allow me to single out one one aspect of the infinitely complex and inflammatory recent attacks in Paris: all the footage broadcast was all shot on smartphones. This means it was captured by someone who just happened to be there as events were unfolding. This kind of footage is genuinely transforming how contentious events are brought to us.

I noticed this because of an evening orchestrated by social activism group, Eye Want Change, where they screened Peter Snowdon’s The Uprising. The documentary’s powerful narrative emerges through the weaving together and editing of smartphone clips captured during the Arab Spring. After the film, a panel probed the implications casting off our reliance on established news channels. This is a natural area of interest for Eye Want Change: their project is to bring social issues to light via a short-film competition, shot exclusively on smartphones. This one restriction levels the playing field: to create an intriguing film you must be creative and resourceful, you cannot rely on impressive equipment. Eye Want Change’s operation illuminates the potential of modern technology to democratise the ways in which controversial issues reach an audience.

The footage of the Paris attacks is terrifying. It revolts – alienates. It feels personal. However, the personal affront of these images is not solely because France is our physical neighbour, neither is it only a by-product of our entitled, occidental sense of safety and security – an important frontier being assaulted by the images. The footage feels intimate because it is so obvious that it has been captured by a person who has simply taken their phone out of their pocket and clicked record.

Films made with a phone camera feel different to those of professional cameramen. They have an air of surprise – the filmmaker hasn’t been sent to the conflict, but the conflict has appeared in front of them. The blurry focus and awkward camera angles alert you to the fact that what you are watching is being captured by somebody’s physical hand. Sometimes the cameraman has to run, each thud of his foot translating into a blurring of your screen. You are watching after the event you get a sense of what it must be like to see the situation unfold in real-time: you are made aware of what it would be like to be a person in the situation.

This can be very emotive. Major UK news channels broadcast phone footage from the Bataclan theatre with provisos warning of its ‘harrowing’ and ‘terrifying’ content. Some believe that footage from the very centre of a site of conflict or terror, especially when it is are so obviously captured by a human hand, shouldn’t be widely spread: the content is too horrific for general consumption and may desensitise us to gruesome incidents in general. But therein lies the power of this form of media – it forces us to feel, react, and respond.

The Uprising shows the potential of this personal, grassroots method of recording when used consciously as a political tool. Footage of events disseminated locally on social media sites can end up reaching all corners of the world. This can provoke rapid and decisive action – with results as momentous as the Arab Spring. Less famously, it was a film made on a smartphone that sparked the transition from unrest to rioting in Tottenham in 2011. Mark Duggan had been killed two days before footage (captured by Eye Want Change panellist Kartel Brown) of a sixteen-year-old girl being assaulted by police spurred an already dissatisfied youth to riot – and of course to steal, loot and be seduced by the spirit of lawlessness.

Press footage will always take the form of an outsider looking in, but smartphone footage online can give us access to moments that mainstream news just doesn’t cover. In The Uprising we see a father joking around with his daughter in their bombed-out house, the optimism of friends cleaning up their ransacked city, adolescents who had ‘taken’ a government building joking around in boardrooms; this counterbalances the fighting and destruction, somehow making events appear even more powerfully real to an audience who didn’t experience them first-hand.

We must not underestimate the inherent and insidious bias of major news companies. I don’t only mean corporations controlled by despotic regimes: the supposedly unbiased BBC also vastly misrepresents events. During our discussion Kartel Brown recounted times when headlines the morning after a protest told a tale unrecognisable to those who had been there all day. This is in the UK, right underneath the press HQs. I don’t need to divulge that limited geographical access or strategically pushing a political position makes this problem worse. And yet news organisations present their version of events as comprehensive and verifiable.

Films from smartphones also have an agenda. In fact, what they capture is purely subjective: it reflects just one person’s line of vision and point of view. Videos on social media sites demand questions about origins and provenance, vetting, and the possibility that events could be misconstrued. However, these questions are part of their strength; smartphone films so obviously and self-proclaimedly proceed from a personal position the audience is never lulled into believing they represent an unbiased or representative outlook. Unlike major news channels they do not hide behind a mask of anonymity, nor suggest they have the authoritative account of an event, which is clearly unobtainable. They are spread because of individual likes and shares, and not as part of a strategic campaign.

This week’s #YouAintNoMuslimBruv video and hashtag is a perfect example: somebody’s personal reaction to the Leytonstone Tube attack, captured on a smartphone and shared on social media, has resonated with people all over the world.

Eye Want Change is trying to increase awareness of the smartphone’s potential as a tool for representation. They encourage us to unlock the activist capacity inherent in our phones, most generally lambasted in the press for being ‘weapons of mass distraction’, and ask us to start by submitting a film to them that focuses on one social matter that we really care about. Their competition puts into action the rousing, emotive cry of another of their panellists, Marie Shibata: ‘The biggest tool you have to get your voice out there is your mobile phone’.

Eye Want Change is accepting submissions for their short film competition, which runs until 1st February 2016.  You can find out more here.

You can read more about Peter Snowdon’s ‘The Uprising’ here.