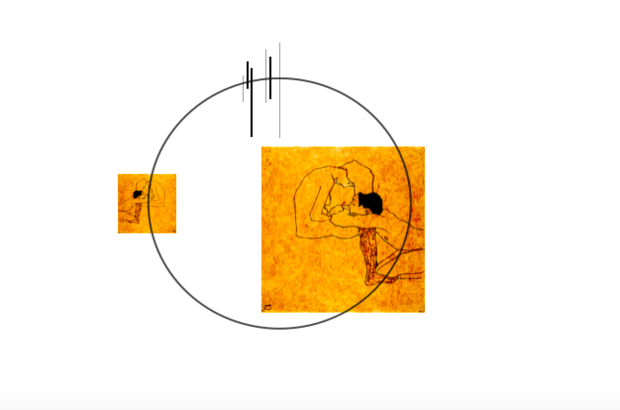 Can the language used to articulate female sexual pleasure movements be at times be disempowering, and even victimising? LUCY WALMSLEY investigates.

The #MeToo movement has had a polarising effect, dividing people into supporters or sceptics. In light of constant reminders of the dire situation us women face, it’s important to remember another equally revolutionary feminist movement that deals with something much more positive relating to sex: female sexual pleasure. As we begin to talk more frankly about the problematic attitude to sex so endemic to our societies, the discrepancies between male and female pleasure in the bedroom also need to be assessed.

Female sexual pleasure is unchartered territory for many, women included. The taboos that bar it as a discussion topic and its absence from school sex education classes have made their mark: in a recent study conducted by the US National Survey of Sexual Health and Behaviour, 27% fewer women than men reported an orgasm in their last sexual encounter.

The female sexual pleasure movement is changing this. The website OMGYes allows women to share exactly what works for them sexually in a judgement-free space (and almost half of users are men – hint hint). LadiesComeFirst (LCF), another pioneer of the same function, is also connected to a campaign to introduce female sexual pleasure into sex education classes at school.

What interests me about the movement, and the transformative role it is having for women and their approach to intimacy, is the language used to communicate female sexual pleasure. Language is important; it shapes how we think and act. With discussion sites celebrating female sexual pleasure on the rise, now seems an apt time to take a good hard look at the words they use to express female desire.

The sites pose ideas of self-love and learning about our own bodies, associating pleasure with a woman’s agency, autonomy and independence from the opposite sex – ‘because the most important relationship you’ll ever have is with yourself…’, according to OMGYes. Female sexual pleasure has become attached to ideas of ownership, specifically taking back our sexual rights and control over our bodies. ‘Our pleasure is our own’, states LCF. The idea of ‘taking back’ is implicitly directed at the patriarchy that dominates female bodies and pleasure.

Further from this, military language is used to discuss the ‘battle’ of female sexual pleasure. When I spoke to Sophie Holloway, one of the two co-founders of LCF, she argued that ‘the reason a women cannot orgasm is wholeheartedly to do with the oppression of women’ and that ‘the battle is for equality and it is for the very women who are not experiencing orgasm now that we are fighting it for.’ Who is on the other side of the battlefield? As you might imagine, the language applies heavily to heterosexual relations.

We’ve clearly moved on from the past, when women’s sexual desire was stigmatised as ‘hysteria’, and treated as a medical illness.  Now, it’s a medical solution; Holloway is even looking into the power of pleasure to heal sexual trauma. We also see that being a liberated, empowered modern woman is now  framed as part of the package made accessible on gaining the orgasm. Isn’t it great that we are starting to expect a level playing field in the bedroom? Maybe not so great if at the end of the day you are still left feeling lacking. Stigmatised sexual desire has been replaced with an emphasis on obtaining our rightful sexual gratification, but this has in turn raised expectations and precipitated feelings of sexual inadequacy.

Mental awareness does not equate to automatic physical results. You may adamantly support the idea of women attaining as much sexual pleasure as men, yet still struggle to reach a corresponding level of sexual pleasure in practice. In this case, where do you sit in the framework of language? Are you sexually repressed, unable to take control of your body and your rights, ‘losing the battle’? The language is highly polarised: you are a winner or a loser. It intends to be empowering, but actually risks disempowering and even victimising certain women. It is both reflective of and instrumental to how we interpret gender relations and sexual dynamics in the wider world.

The Grace and Aziz Ansari case equally drew a polarised response, even amongst women. Female journalist for The New York Times, Bari Weiss, criticises the lack of female agency in Grace’s allegations, stating that it transforms the #MeToo movement from ‘women’s empowerment into an emblem for female helplessness.” Others, like Harry Lewis for The Huffington Post, argue that Grace’s case is important in directing public concern towards the chronic unspoken pressures that women are subjected to in order to satisfy men’s sexual desires.

The impassioned approach of OMGYes and LCF suggests aggressive language as crucial in propagating true change. But exactly how useful is this language both for how we frame ourselves through sexual experience and how we move forward in terms of gender relations? By framing female sexual pleasure in a less polarised way – with less emphasis on who is winning and who is losing – we can start to understand the nuanced nature of pleasurable sexual interactions, and every individual’s different position within them. Might a more collaborative language promote an understanding of individual cases, such as that of Grace, that are serious, concerning, distressing and that deserve a more intricate perspective than winners and losers.