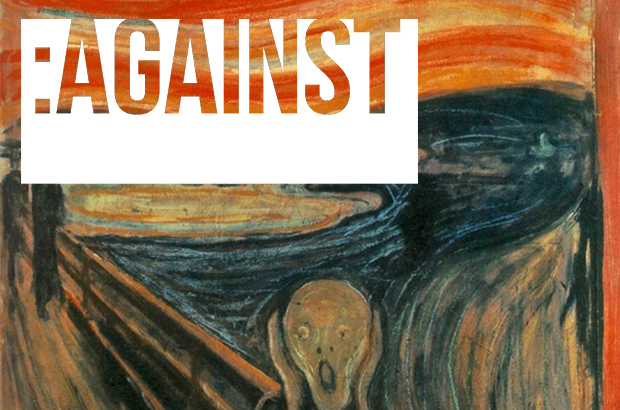 In typically British fashion, the nation is currently in a state of limbo, accepting that we’re now leaving the EU, but not having a bloody clue what this entails financially, socially or creatively. Take a bow, Johnson et al, for some stellar con work in duping the nation into voting for your extreme lack of a plan.

The freefall in the wake of the referendum has left the plight of young artists open to many idealised interpretations, promising a post-EU creative community. Maybe London rent will finally go down? Maybe we’ll all be able to afford a studio now? But, being a cynic, I am sadly not convinced. I’m not sure the property moguls who monopolise the London market are going to let this ideal come to fruition: especially as it looks like deregulation and tax breaks are top priority for our government. Whichever new trade deals we end up negotiating with half the world, you can bet that they won’t be better than the ones we had in the EU. Ultimately, this means that everything’s going to get a lot more expensive, even if only for a short time. Yes, rent might get marginally cheaper, but that doesn’t means little if we hit recession: your wages aren’t going up, the price of living is still increasing, and you as a young creative visionary are no closer to your dream of a spacious Brixton studio than you were in pre-Brexit prosperity. In actual fact London, as an international city-state, is the place in the UK where property is least likely to suddenly become unappealing to house hunters.

The London that I’ve come to know and love, which has emerged from migration and free movement of people, is a multi-faceted, multi-ethnic metropolis of diversity and design – this inevitably filters through in the work of many hundreds of young artists working in the capital today. The reality of Brexit is a nation that has (without my consent) shut its curtains to an open-minded cultural exchange and said ‘no thanks, let’s put Britain first’. Well, what is this ‘Britain’? A single-minded, selfish, insular nation that only looks out for ‘its own’, regressing in its connections with the world and with a range of cultures, is certainly not one that I want to be part of. Speaking to young artists that I know, the thriving, diverse landscape that is open to them on their doorsteps is a source of multiple inspirations. This is what makes London such a wonderful hub for artists and if this attitude towards diversity is forced out then a hugely rich artistic resource will die at the root. Being part of creative Europe and the ability to freely move and work is a huge attraction of coming or staying here as an artist. Thanks to Brexit, this process is about to get a whole lot more bureaucratic and thus a whole lot harder for British creatives, for whom the chance of working abroad might become burdened with paperwork, visas and permission sagas. This can only have a negative effect on the exchange of cultural ideas.

It is not just an exchange of ideas and cultures that we are losing, exiting the EU cuts us off from a vital flow of money into our creative fields. Universities are having to contemplate creating sister organisations in Europe to avoid losses in funding and staffing. You can bet that arts subjects will be some of the first to feel this extra pressure. The fact that 96% of the Creative Industries Federation members supported the Remain campaign is testament to the richness that EU membership provides the Arts. The UK will no longer benefit from Creative Europe, the fund that has pledged over €1bn to creative industry in the EU. From this perspective at least, it’s looking pretty bleak. Just to rub salt in the wounds, we are under a Conservative government who has been slashing the budget for the Arts since they got into No. 10; the money we’re getting back from Brussels being thrown at young artists in urban London doesn’t exactly look likely.

On a positive note, great art regularly comes out of times of hardship and a changing national identity. Undoubtedly, Brexit will provide young artists with a wealth of inspiration and impetus for their work. Isolation has always been a theme explored by artists – take Munch, van Gogh and Hopper as examples. Hopefully leaving the EU can provide a well of inspiration and ideas to galvanise new artists into creativity and resistance. I’m not so sure that the resources and funding will be there to support them. Perhaps a mass creative exodus away from an unaffordable London isn’t all bad: other cities around the UK have for a long time been growing in importance as national cultural hubs, from Bristol and Manchester to Cardiff and Dundee. Localism, creating new sites of local resistance and creative community, is not just a policy idea newly embraced across the left, but something we can actively work for too. Already a rich man’s playground, if London continues to mutate into a financial ghost town I will have no qualms about leaving for the greener pastures of Kent’s seaside towns.

Maybe I’ll be proved wrong, and the nation’s most idiotic choice for decades will usher in a creative renaissance. But I’m not holding my breath.

Part of a conflicting opinions series. To view the case FOR, click here.