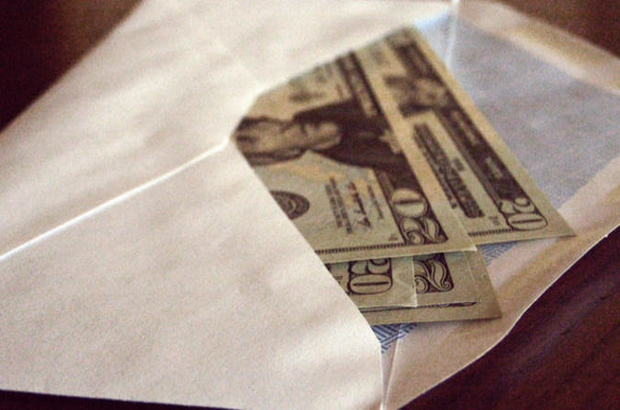 MARY IGNATIADI analyses a culture of corruption in Greece.

In 2011, the Greek Health ministry published a report stating that over 120,000 Greek families were claiming ‘ghost pensions’ from deceased relatives. In 2012, a staggering six hundred people on the island of Zante were found receiving generous benefits for ‘blindness’—many of whom were taxi drivers. As a Greek myself, it is difficult to admit that the frequent accusations of Greek corruption often hold true. In 2014, Greece was ranked the fourth most corrupt developed nation worldwide by Transparency International. Greeks have developed a notorious reputation, becoming the focus of international criticism and mockery. Journalists joke about Greek tax collection being ‘less rigorous than passing round a church plate’ and politicians refer to tax evasion as a ‘national sport’.

Foreign media often attribute Greece’s corruption problem to a national character of selfishness and laziness; qualities which have also been used to explain our dire economic situation. This reductionist rhetoric has largely shaped public sentiment, and fuelled resentment towards the indolent and undeserving ‘underbelly’ of Europe. At first glance this is understandable: corruption permeates all levels of Greek society. The popular term fakelaki—meaning ‘little envelope’—refers to the bribing of public servants to ensure a service. From getting a driver’s licence, to securing a position on a surgery waiting list, fakelaki is a long-established norm. Similarly, tax evasion is committed by both the Greek elite and working class. However, not all evidence suggests Greeks are unprincipled. Data from the OECD shows that Greeks work an average shift of forty two hours a week—the longest in Europe. If it is not ‘laziness’, why are Greek citizens perpetuating such a broken system, especially in times of economic hardship where reform is vital?

Greek citizens have a negative relationship with those that govern them, and this is not a recent issue. There is a web of bad practices underlying Greece’s corruption problem. Historians argue that Greece still carries traces of a four century Ottoman rule. Ottomans, like modern Greeks, operated in an inefficient system of stifling bureaucracy, which gave rise to a system of institutionalised bribes. Most importantly, the Ottoman rule left a legacy of enmity toward the governing force: the ‘occupier’. Pavlos Eleftheriadis argues that this corruption was compounded by Greece’s failure to create a welfare state after WWII.  Without any universal housing or unemployment benefits, clientelism became a substitute for social insurance. The general theme that permeates Greek history is mistrust toward an ineffective authority. This has become the foundation of a value-system based on nihilism and anti-social behaviour.

The 2010 crisis forced Greece to open up its economy and address its deeply rooted social and political issues. In return for Europe’s bailout, Greece promised to carry out reforms aimed at eradicating corruption. However, things never quite took off. At the top level, the Greek elite maintained their privileges; only one Cabinet minister was imprisoned for embezzlement. With the majority of money having been sent abroad, the burden has fallen on Greece’s middle class and pensioners. The government’s blatant disregard of its people left Greeks disillusioned and spiteful. Citizens will not follow the laws of a corrupt, legislative system that lacks democratic legitimacy.

Whilst some arguments have put this down to a flawed national character, it seems clear that Greece’s culture and history have produced and fostered this systemic failing. Corruption is a process that survives due to its ability to provide benefit where the government has failed to do so. An inefficient state—with plenty of bureaucracy, no functioning justice system and laws with numerous loopholes—generates the need for illegal actions. To break Greece’s vicious cycle of corruption, the change needs to begin from the ‘top’.

The current austerity measures imposed by foreign governments do not seem like a promising start for reform. Pension cuts and increases in tax have drained the Greek economy. According to Trading Economics more than 10% of the population live in poverty and youth unemployment reached 51% in 2016. The United Nations recently characterised the austerity measure as a violation of human rights. Under these circumstances, the sustenance of corruption seems hardly surprising. Corruption thrives under economic pressure, and many Greeks rightfully claim that they cannot survive without breaking the law. This international humiliation has only fuelled Greeks’ antagonism towards their government, worsening an already unhealthy dynamic.

Corruption is neither right nor excusable. Whilst Greece must be held responsible for its current predicament, Europe cannot deflect its own culpability. Money was lent to a country with no capacity for control; to a government that was renowned for misuse. Adopting a stance of moral high ground in order to punish, rather than reform, is neither a sustainable nor effective solution. A reductionist, villainous portrayal of the Greek people fails to communicate the complexity of corruption, and hinders the possibility of meaningful reform.