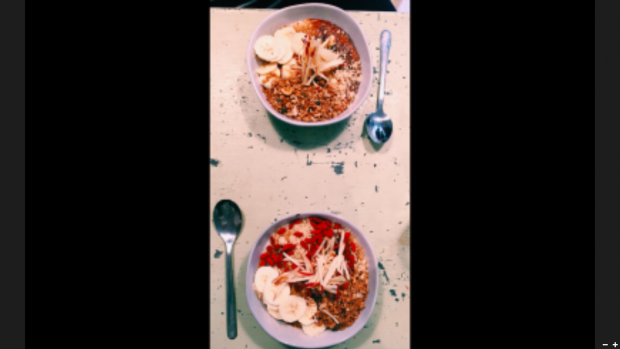 With countless dining options and expensive rent, London can prove a challenging place to open a new restaurant or café. How can a new brand gain a loyal following when it is forced to compete with so many other established eateries? Launching a pop-up provides a means of surmounting this challenge, as pop-ups allow restaurants to procure patronage before they invest in a permanent venue and staff. So, is pop-up the new start-up?

Beginning as a pop-up is especially significant in terms of location. It allows potential eateries to explore which neighbourhood of the city might prove most receptive to the food they want to serve. In this way, pop-ups double as ‘an informal unacknowledged market research project’, as The Guardian’s Kira Cochrane claims. Although locating the right space for a pop-up – or even any space at all – may sound difficult, the rise of the pop-up has brought with it means of facilitating the search. Most notably, a website called ‘Appear Here’, founded by the London-based Ross Bailey, bridges the gap between landlords and start-ups looking for a temporary space.

The benefits of the pop-up are best seen in beloved chains which, whilst now very established, earned their success and following through the transient pop-up scene. Several popular London chains were once pop-ups, including 26 Grains, Homeslice Pizza, and PRESS Juicery.

Located in Covent Garden and founded by Alex Hely-Hutchinson, 26 Grains began as a pop-up within various coffee shops and stores. The brand aims to create healthy grain-based dishes combined with unique toppings and spices. Ethically, the chain places its emphasis on sourcing ingredients from sustainable local producers. 26 Grains’s official website now boasts a page dedicated entirely to enticing pop-ups across London. The pop-up’s newfound power seems to lie in successful former pop-ups bolstering the burgeoning newcomers of the pop-up scene.

PRESS similarly began as a pop-up in Old Street underground station. Founded by Georgie Reames and Ed Foy, who sought to bring the joys of the New York and LA juice scene to London, it now has six different locations across London. It also delivers its produce across the UK. Foy says they hope to expand their company, opening in more and more locations until their brand is recognised globally for its health benefits. Just as 26 Grain’s endorses new pop-ups, PRESS also hope to encourage other health start-ups through the Soho PRESS:

“We want to use our Soho store as a pop-up for new brands, which is kind of cool because the cycle will continue.”

Homeslice Pizza, founded when Ry Jessup built his own wood-fire oven in 2011, now boasts locations in the trendy areas of Shoreditch, Covent Garden, and Fitzrovia. During a pop-up event at London Fields Brewery, Homeslice Pizza was an immediate sell-out, which prompted its popping up in more markets and festivals, including Broadway Market, Browns of Brockley, and Ridley Road Market Bar. The Homeslice team is quick to emphasise the extent to which their pop-up origins have influenced their long-term success. They firmly believe that having popped up all across London, ‘work[ed] in lots of different neighbourhoods and met lots of people’, their brand is now better able to cater to people from all over the city. PRESS’s Ed Foy echoed this sentiment, commenting on the advantages of opening the juicery’s pop-up in the bustling Old Street station:

‘Popping up’ across London means a brand can make a name for itself throughout the city while interacting with a diversified following on a much more intimate basis. In recent years, the pop-up industry has become a self-sustaining entity, newer establishments gaining huge support from thriving former pop-ups. Twitter accounts such as @LondonPopups help customers to track the latest pop-ups, creating an online support system for new ventures. The internal support structure of the pop-up world leaves it in an extremely strong position: one pop-up’s success breeds further success for another. This renders the seemingly transitory pop-up a more permanent force to be reckoned with within the start-up world.