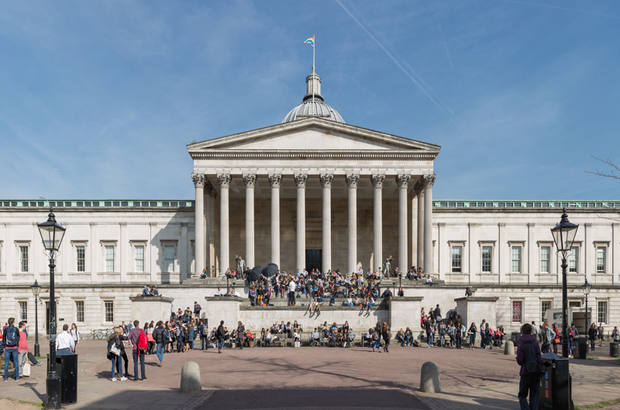 It was an historic Town Hall meeting for UCL on Friday 19th June. With almost nine hundred participants, it was the largest that had ever taken place.

Michael Arthur, the Provost, began the meeting on a humble note, addressing UCL’s historic ties to eugenics. At the end of February, UCL’s enquiry on this was released, though it was sidelined by COVID-19. In light of the ‘Black Lives Matter’ movement, he reassured listeners that this enquiry would be revisited, with UCL buildings tied to eugenicists already being renamed in response. Ready to hand the discussion over to the panel, he gave an apology for the vague statement UCL initially released, clarifying his focus on this being an issue pertinent to the Black (not BAME) community and the importance of listening and doing better.

Dr Victoria Shawn, Chair of the meeting, introduced the panelists:

Toyin Agbetu: PhD in Social and Cultural Anthropology and PGTA

The Town Hall was interactive throughout the two hour long session, with polls and questions including everyone in the conversation. Victoria started the discussion by talking about the ‘lived experience’ of the panelists and the Black UCL staff and students watching.

Christine spoke about how ‘it is essential to ensure that Black staff have a sense of belonging and a sense of advancement; [without this] it can lead to isolation and disillusionment. It can lead to staff leaving their institutions.’

Speaking as a student, Toyin told us, ‘racialised inequality is embedded in the funding practices; and as a student I have suffered from racialised policing from security guards and members of staff.’

‘We would be delusional to say racism didn’t exist.’

When the poll ‘do you think racism still exists at UCL?’ was put to the audience, the answer came back at 99%: a damning yes.

Christine told us, ‘racism exists in very subtle forms, in lack of opportunities for progression and promotion. Systems that look normal can disadvantage BAME groups.’ Toyin added that ‘’structural’ and ‘institutional’ have become buzzwords.’ In the comments there were lots of questions about UCL’s willingness and preparation to make change, and their accountability.

What word would you use to describe UCL? When put to the audience, ‘elitist’ was amongst the most common answers to this question – perhaps not a surprise when we look at its history of eugenics. Ijeoma changed the tone by saying ‘excellence’ described UCL best, firmly believing it could only be bolstered by having diverse scholars.

Heidi, who answered ‘cliquey’, told us, ‘when we talk about racial equality, decisions are made in the department among like-minded people. There is a strong culture of nepotism embedded in how the structure works.’

The natural next question was, ‘what areas can UCL improve in?’.

Toyin came in first. He felt that often collaboration projects between professors, departments or even institutions were difficult to break into due to the elitism of academia, which often works against underrepresented groups; deconstructing this is essential for inclusivity. Christine highlighted this engagement with the Black Lives Matter movement as one of UCL’s strengths, and that commitment to tackling the structural oppression of Black people should be made by everyone at every level of the institution.

‘Emotional labour and burden’ is an issue the Black community is all too familiar with, and as the non-Black people of the world play catch up, there is a sudden rush to educate themselves in the masses; we need to understand where the line is in listening to their voices without adding to the already existing burden of racism. However, Ijeoma believed in reframing the conversation around the ‘emotional burden’ of providing such education. In her view, education had to begin with Black members of staff in order to raise awareness and encourage others to take up the call for change.

Though this may not have been the view of all attendants, one thing they agreed on was the need for this movement to become a mainstream issue at UCL. In 2019, UCL’s Sarah Parker Remond Centre for the Study of Racism and Racialisation was set up. Heidi believes that whilst this is a step in the right direction, more must be done to bring it to the centre of UCL. Currently, the momentum of the movement has brought it into everyday conversation, and it is important that when conversation dies down, UCL doesn’t allow it to be sidelined once more.

‘Living and working in a place with true racial equality affects all our emotional wellbeing.’

Developing on the theme of emotional burden, Heidi spoke of her experience in the past few weeks. Heidi spoke of how ‘nearly every hour of the day, colleagues are asking what can [they] do as a white person, and there is a sense of white guilt and white fragility that threatens to undermine this movement. It is a two way process.’  Whilst education is important, we cannot afford to waste time and resources on holding the hands of our white allies when we should be taking action. Toyin agreed that ‘we’re often asked [to provide education to white people] for free, no fee.’

In exploring class, he said there is also a disconnect in support and action. At the strikes that took place in December, February and March, ‘we saw disparity in support for those in precarious employment and wider faculty strikes. What does this tell us about our attitude to class and jobs?’

The ethnicity pay gap is an area that affects staff immensely. Theresa told us that ‘the mean pay gap between white and non-white people is 13.1% and has been the same for 3 years. The figure is static.’ You can read the full report here. Heidi related how in a job she held, ‘somebody in a job like-for-like, a white male, was receiving four times what I was offered. We have to get more informed’.

‘There is not enough transparency.’

Finally, we looked at representation of staff and doctoral students and were met with bleak figures. Less than 1% of UCL academic staff are Black and of the 5,453 doctorate students, only 78 are British national Black students.

Ending on this shocking note, we moved on to the ‘solutions’ phase of the Town Hall.

Toyin believes an institutionalised peer support network could prove very useful. With institutionalisation comes resources to tackle injustices and structures that support these difficult conversations. Without this, saying ‘we are listening’ can be merely performative.

‘I hate the phrase ‘unconscious bias’ because it is definitely conscious.’

Ijeoma raised an important point: that at UCL, ‘when you go into the buildings, the porters are Black and the manager is white. If we want real racial equality, we need to tie it to metrics that departments understand. What are they going to do to improve that?’.

Heidi, an Emeritus professor, spoke about how she had moved herself out of the university system because it was too difficult staying in such a toxic environment. In all areas, from the curriculum to funding, we need to tackle white privilege and the powerful positions that white people are overrepresented in. Decisions are made using the language of merit or fairness but their ‘unconscious’ bias does not account for this.

On the issue of emotional labour, Theresa argued that wellbeing services must be properly qualified, and experienced staff are needed to help and support those dealing with these issues. Ijeoma believed that volunteering your time and energy to dismantle these structures must be factored into paid workloads.

‘Inviting Black people to have a seat at the table implies the table is white owned. We shouldn’t be invited – the seat should already be there.’

When it comes to the ethnicity pay gap, Theresa said, it isn’t complicated to fix, requiring objective metrics and independent bodies auditing the recruitment process. Christine echoed that swift action is needed, and Ijeoma added that when people apply for a promotion, they need to have a widespread support system.

Toyin concluded the section with words that encapsulated the past two hours of conversation.

‘I think it’s quite straightforward. Action has been small and we have to shift the mindset. It must be the priority. Without action nothing changes. We must change our language from ‘we need to’ and ‘we must’ to ‘we are going to’ and ‘we have’. When people have discomfort, we know something is being dismantled. If we think about unconscious bias training, people must go into that process with the intention of eradicating bias. If we have transparency and independence, we will start to create a culture of change. Including what we are doing here, it becomes performative in that moment if we don’t take that step of action.’

The final section of the meeting included words from Professor Paul Gilroy, Director of the Sarah Parker Remond Centre at UCL. He spoke about how, in his thirty-five years as a university teacher here and abroad, a conversation like this one was unprecedented. He concluded that there is still a  sense that work on racism is viewed as less important than it is: ‘this work isn’t being done as a favour, it is part of a belated reckoning of the racism present in this country.’ To hear more from Professor Gilroy, you can find the centre’s podcast here.

Marcia Jacks, Co-Chair of UCL’s Race Equality Steering Group, said ‘I have seen more progress in the past five years than the previous fifteen. We are working on an updated ‘Race Equality Toolkit’ to circulate around UCL, and have spoken about an action plan. The Black Lives Matter movement has acted as a catalyst for these conversations’.

The Town Hall ended by returning to the Provost. He confessed that he was embarrassed, spoke of advancing UCL’s efforts against racism, and expressed a desire for more Black candidates for academic posts. He acknowledged the whitewashed nature of the education system, admitting that even he had no idea there were so many statues in the UK related to slavery.

‘I envisage a report with recommendations, in addition to our race equality charter. There are a series of action plans. We will come up with a defined plan and be held to account over the delivery of that plan.’

Now the Town Hall is over, watching UCL closely over the coming weeks and months is more important than ever. As Toyin warned, the noise on social media may die down, but our drive for change must not.