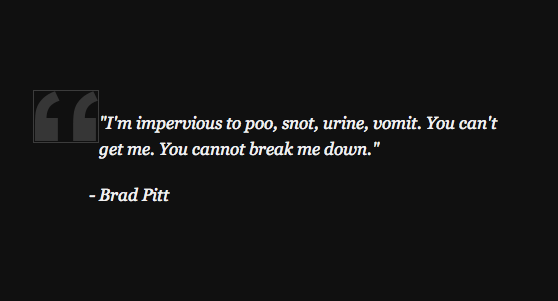 LUCY FEIBUSCH discusses our generation’s oversharing culture. Who is really to blame, and what’s next?

Last week, ‘overshare’ was named Chambers Dictionary’s Word of the Year 2014, providing fuel for the derision of the 21st century’s notorious online oversharing culture. Disdainful and descriptive articles on the topic have come to the public’s attention, having been shared online, because the beautifully aching irony of sharing about oversharing is just too hard to resist.

So, to overshare is ‘to be unacceptably forthcoming with information about one’s personal life’, something which is heavily facilitated by social media. Indeed, the existence of the word can be blamed almost entirely on those who use the emotionally decrepit medium of Facebook to either yearn for lost lovers or consider the success of their most recent bowel movement. However, ‘overshare’’s newfound celebrity, like any celebrity, has been made possible by its fans and haters alike, neither capable of thriving without the other.

If you are yet to discover the ‘hide from timeline’, ‘unfollow’ or ‘remove as friend’ buttons, you are forgiven for encouraging the cycle of oversharing. However, the likelihood is that you have found them, and inaction is just the easier and much, much more fun option. Annoyed by how many pictures a friend’s sister’s friend is putting up of her new baby, disgusted by the ins and outs of that-boy-from-school’s new (highly dysfunctional) relationship, the disgruntled Facebook user will look to their neighbour and, nose deep in their newsfeed, bring online tales of oversharing into verbal fruition.

In other social-media/dictionary news, last year the Oxford English Dictionary announced that ‘selfie’ had been officially recognised as a word, acknowledging that one of the most prolific manifestations of oversharing was a reality and causing a general uproar along with it. Delighted, one side of the barracks gleefully posted a celebratory selfie (because… duh), with the other taking to Facebook and/or Twitter to rant about their annoying and self-absorbent foils. If the irony is not abundantly clear, please delve into the dark corners of your social media past and rediscover the particular ilk of selfie-shaming that you inevitably perpetuated.

This is, of course, a paring down of the selfie stigma. The majority of celebrators and haters were likely not directly affected by the swearing in of ‘selfie’ to the English Language doctrine – wasn’t it a word all along? Really, this response is an analogy of global reactions to the #nomakeupselfie, the Elfie Selfie, the Sellotape Selfie, the #wakeupselfie, the Hajj Selfie, the Selfie with a bear – the list continues.

However, to paraphrase philosopher George Berkeley, if nobody is there to see a selfie, would it still be taken? If nobody looks at your statuses, are they worth writing? Without the swathes of ‘friends’ and ‘followers’ on social media, would oversharing and selfie-ing continue to thrive?

Conceptually, selfie-taking doesn’t adhere to the philosophical notions of unperceived existence. Mostly because no one’s going to stop perceiving them; whether you admired or bitched about that girl who did that no-make-up-selfie, you directly contributed to the next one that popped up on your news feed. This is not a bad thing, just a reality. Much like how online sharing doesn’t always have to be a bad thing – the prefix ‘over’ is slyly pejorative, and does it really have a place? Surely the pejoration should be transferred to those who revel in the judgment, good or bad, of those who are doing the sharing?

Unfortunately, that’s all of us, and so we’ve pulled together and done a pretty great job of blaming that guy from work with over 100 likes on an Instagram picture of his abs. By coy British standards, he is sharing a bit too much – and not being exempt from these standards ourselves, we really should stop staring. But we probably won’t.

Moreover, we all know that with each emerging generation we are becoming more technologically insular. I would argue that ‘oversharing’ has had its day; it will not be awarded the Word of the Year again and is already in its dictionary decline. But don’t be too quick to celebrate: indeed, the decline of ‘oversharing’ will be superseded by the success of the common man’s ‘sharing’ as oversharing becomes normality. Will you fight, or have you already conceded?

Tweet me what you think, and what you had for lunch.