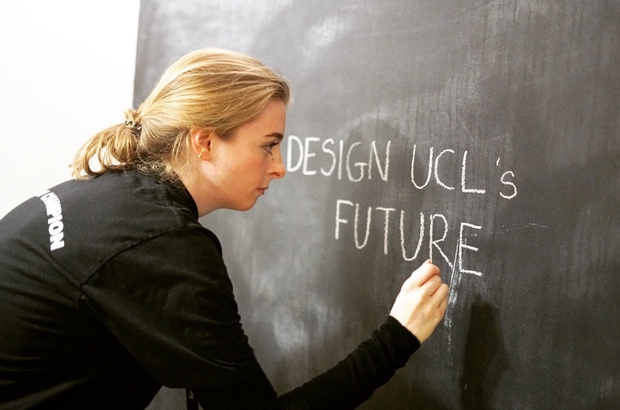 On 16th November, Climate Action Society (CAS) hosted their flagship event ‘The Sustainability Symposium’ with that aim of raising awareness for the critical condition of our planet. I was reminded of a quote from Fight Club ‘On a long enough timeline, the survival rate for everyone drops to zero.’ The resounding message was a call-to-arms for us not to drive ourselves into extinction. We were thrown the question of the consumer’s role in the climate crisis: should we be looking to corporations to affect the trends or should it be up to us, the consumer and individual, to make responsible choices? We were also posed with the problem of how difficult it is to engage in these truths, especially for governments, when climate-damaging behaviours are systemic to the foundations of our economies. The event presented a range of outlooks ranging from optimistic celebration of our planet’s rich ecosystems, sorrow at their destruction, and frank pessimism at prospective future of the human race.

The quality of the information and the presentations from the seven speakers was incredible, wide-ranging and engaging, although it is a shame it lacked diversity, being constituted of six white men (something the only non-white and female panellist, Renee Juliene Karunungan, mentioned in her blogged reflections on the event). The panel opened with Richard Jackson, the sustainability director at UCL who spoke about our university’s role in engaging not only its students and its departments in sustainable activity with schemes such as reminding us to use reusable coffee cups to stem the 1 million coffee cups that were thrown away last year, but also of a wider scheme called ‘Wild Bloomsbury’ involving engaging the wider area in creating green spaces and ensuring citizens feel responsible for their environments, which can be difficult in central London.

We heard about threatened eco-systems on a wider scale from Dr Paul Pearce-Kelly of ZSL and Professor Anson MacKay of the UCL Environmental Change Research Centre. Pearce-Kelly spoke emotively about threatened coral reefs from temperature-changes and coral-bleaching. The loss of sensitive reef systems is not only a threat to their astounding biodiversity but also potentially represents what will happen to many more less susceptible ecosystems if climate change is left unchecked. Almost as if in response to this, Mackay spoke of his research in the Siberian Lake Baikal that is much more resilient than coral reefs but has recently been affected by pollution, such as debris from increased tourism, as well as acidification. These two speakers urged the audience to fight for the climate with a burning sympathy for the environments they clearly felt deep compassion for.

From Dr Morgan Phillips, co-director of The Glacier Trust, and Renee Juliene Karunungan, climate campaigner, we heard about representation of climate change in the media and art as well as the possibility of adaption. Karunungan talked about her projects in the Philippines to teach about how to deal with the rise in natural disasters especially through her recently published children’s book Where Are All the Butterflies? – a stark reminder that this is the legacy we are leaving for those younger than us. Philips also talked about adaptation and the need to discuss it in articles concluding that only around 1% of discussion surrounding climate change discusses this area. He also spoke about maladaptation, such as installing energy-sucking fans to deal with the hot summer that we experienced due to global temperature shifts. The absurdity of the tactic has already been shown by the satirical political party, the Monster Raving Loony Party who suggested in their manifesto dealing with global warming by installing air-conditioning units on the outside of buildings. If we discuss adaptation more, maybe more effective efforts can be developed to stem the causes of climate change that are unfortunately here to stay. There was a separate attitude presented here that we need to accept the damages we have already made as well as trying to mitigate future problems.

The differing presentations of the remaining two speakers represented a topical question at the moment: are we ignoring the terrible truth? Or should we be positive about our capabilities and recognise the good we have already done? The philosopher and former Green Part politician Rupert Read opened with a stark apology, saying our generation has been failed: ‘I fear many of you will not grow old.’ He suggested we are not being told the extent of the climate disaster because of fear that we will disengage. This attitude runs with what Sir David Attenborough recently told The Observer that there is too much alarmism surrounding climate change, and we should be made to feel a compassion for the planet rather than overwhelming fear, something Karunungan similarly emphasised in her blogpost. Ending on a more positive note, Joss Garman told of the positive actions that have been made in the past 10 years since he was an undergraduate at SOAS – an exponential drop in coal power use due to the success of the Green Peace campaign he was part of, showing the real effect campaigning can have on government policy.

At a time when climate change is really at the forefront of discussion, the Symposium showed that it is important to keep up the momentum. The event fell on the eve of the Extinction Rebellion protest that saw 6,000 people blockade five London bridges to tell the government that enough is enough. Policy makers should no longer be able to get away with the damage they are allowing to occur at a threat that is increasingly real and cannot be worth any sort of economic gain.

CAS are planning future events after the Symposium’s success, such as tree planting on the 1st December and supporting the UCL Sustainability Ambassadors’ ‘Sustainability in our City Conference’, on the 2nd February. CAS are contributing to a very urgent discussion on climate change that should not stop here.

All photos courtesy of Aubrey He.