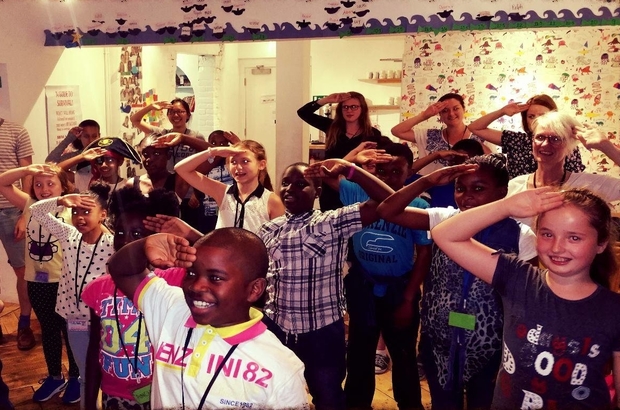 ELEANOR LEE talks about her experience volunteering with The Hackney Pirates, and the crucial role of such charities in the face of cuts to education spending.

What immediately struck me as a volunteer for The Hackney Pirates was the imaginative and innovative approach to supporting each young person’s education. At this East-London based charity, the focus is firmly on developing young people’s literacy skills and building their confidence as a result.

The Hackney Pirates run after-school sessions Monday to Friday that either take place in a dark cave-like space called ‘The Deep’ or in ‘The Navigator’s Office’, a room filled with globes, maps and treasure chests. The design of the centre, which includes a shop that is decked out to resemble the interior of a ship, creates a vibrant learning environment that is completely removed from school. In every session, a young person, known as a ‘young pirate’, partners up with a volunteer, known as a ‘crewmate’. They spend half the session reading together and the remaining half on creative writing. Here, they are given the opportunity to exercise their imagination without imposing limits, and the writing that is produced is always published or showcased at the end of each term, in the form of a book, film or podcast.

“Our most important aim is to develop literacy”, volunteer coordinator Carmen Nasr tells me. “By helping young people to reach age-related expectations for literacy, they are more likely to go on to fulfil their potential later in life.” But for Nasr, The Hackney Pirates is more than just a literacy charity, as improving a young pirate’s confidence and perseverance is equally important. These aims are achieved through a combination of three principles: one-to-one attention, unconventional learning environment and real world products. The progress of the young pirates is measured through literacy and confidence tests throughout the year. Last year, Nasr tells me, the reading age of young pirates increased at an average rate of 52% faster than their peers.

Perhaps the most rewarding experience I have had volunteering for the charity happened a couple of weeks ago, when the young pirates were preparing to perform film scripts that they had written. The performances are being made into a film, which will be premiered at Dalston’s Rio Cinema in late March. One of the girls I was working with in the session was apprehensive about the idea of being filmed, and understandably so, because the filming equipment looked pretty daunting. However, after encouragement from myself and some of the other volunteers, she gave an incredible performance. At the end of the session, she said that I had made her feel ‘much more confident and [the filming] didn’t feel scary anymore, it felt fun’. It is clear from moments like this that something as simple as one-to-one encouragement can go so far.

The Hackney Pirates does not see itself as a radical alternative to mainstream education, but rather, a supplementation for those students who need it most. Teachers from ‘member schools’ select young pirates if they are falling behind and have fewer opportunities. The charity’s importance is growing in an era where cuts to education have stunted financial support for disadvantaged pupils like these. Towards the end of 2016, the UN Committee recommended that more must be done to ‘reduce the effects of social background or disabilities of children on their achievement at school’ in the UK.

Indeed, the attainment gap is an ongoing problem in state education, as shown by the Education Policy Institute’s statistics that only 39% of disadvantaged Primary School pupils achieved the expected levels in 2016, compared to 60% of non-disadvantaged pupils. And yet, in July 2017, the Independent reported that there will be an overall cut of 4.6% in real terms funding from 2015-2019 for the UK’s schools. Recent cuts, such as those to Special Education Needs support (SEN), impact on the additional support that children get in school. It is here that external parties like The Hackney Pirates come in, to build on the hard work of teachers in the UK.

It is important for us to remember that the growing need for external involvement is a symptom of the aforementioned cuts to education. We cannot resort to relying on these organisations, as their work is only a valuable supplement to mainstream education. The cuts themselves must be addressed head on. However, after volunteering for the The Hackney Pirates for some time, I am now certain that the charity has the potential to tackle educational disadvantage on an even larger scale than it does at the moment. 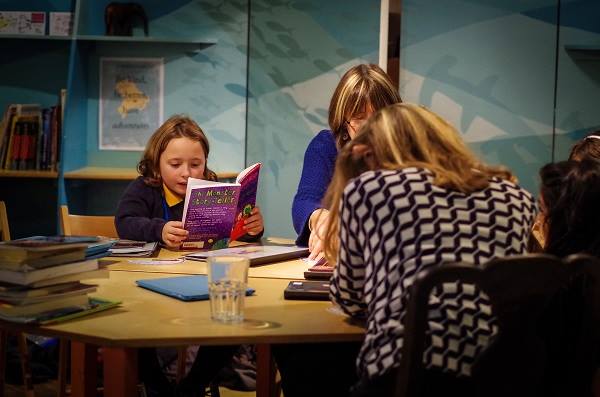 Speaking to Carmen about the early stages of the charity, I learned that the Hackney Pirates were inspired by a number of projects including a non-profit organisation in San Francisco called 826 Valencia. The organisation opened a Pirate store, with a writing lab behind it for students to improve their literacy skills, with a focus on one-to-one support. Aside from the similarities of the model, what interested me about 826 Valencia was its impressive expansion. By 2007, ‘sister’ chapters, using the same model as 826 Valencia, had sprung up in New York, Los Angeles, Ann Arbor, Chicago and Boston. 826 has successfully evolved from a regional to a national presence, serving 32,350 students from 2016 to 2017. For me, this proves that expansion is entirely possible for smaller charities that invest valuable time in young people.

The Hackney Pirates are also growing. “We are in the middle of growth plans, which have been bubbling away for quite a while now. The more advocates and supporters we have, the more likely we are to grow,” says Nasr. The Hackney Pirates are inspiring models for new educational projects – and I urge anyone who has an afternoon free once a month (the minimum commitment), to volunteer for them. They are, like 826, a part of a wider vision for the advancement of education. This charity deserves an even greater reputation, something that can easily be achieved through more support. In turn, this support could and should directly lead to the implementation of the charity’s growth plans for different boroughs in London, and even beyond.

To find out more about The Hackney Pirates and get involved with their work, head to hackneypirates.org or check out their Facebook page.