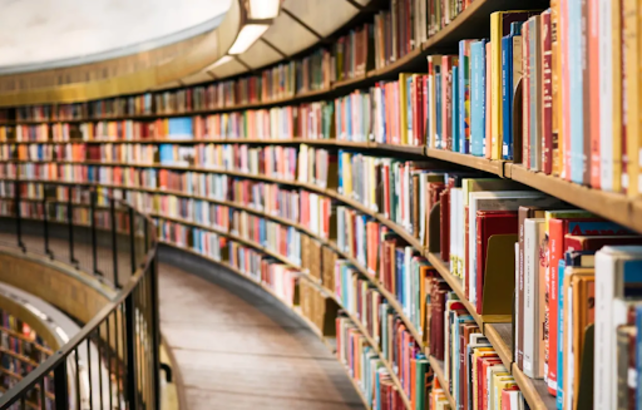 MATILDA EKSTRÖM explores whether libraries should focus on what the masses want or what they think the masses should read.

What is the purpose of libraries? The debate about what public libraries should offer is not new, but is perhaps more urgent now than ever before. Although digitalisation and the rise of internet usage have made information more accessible, the importance of libraries remains the same. In a time where fake news infiltrates society like water on a sponge, libraries are some of the few institutions that offer curated resources and reliable information. They are a foundation not only of democracy but also of a society that, through education, opposes prejudice and strives towards equality.

Historically speaking, libraries are more passive than active. As opposed to schools, for example, they do not enforce education – they are simply there, offering a space and resources for those who want or need them. In theory, this may be enough. In reality, however, it can foster social imbalance. Knowing that information is quickly and easily accessible online, going to a library may seem rather unappealing. Similarly, Netflix and social media offer easy, immediate stimulation, whereas reading books often requires more concentration and effort. Thus, people who will actually visit libraries are likely to be those who are already interested in books or academia. This is problematic, because although the internet can be efficiently used to find good and reliable resources, it is also full of inaccurate and biased information. Furthermore, the less people read books, the bigger the risk of poorer reading and writing proficiency for future generations. The public’s general neglect of libraries creates a vicious circle, in which the public risks losing their voices to a small group of people high up on the academic pedestal. Thus, passive libraries could cultivate an increasingly elitist atmosphere – not only in the library itself, but also in society.

To prevent this, public libraries must actively strive to attract as many different groups from society as possible: different ages, with different ethnic and socioeconomic backgrounds and interests. One way to do this is to expand the library’s services – to have exhibitions, for example, or spaces with a more relaxed, social atmosphere, such as cafés. The most important way of attracting library visitors, however, is to provide an assortment of literature that corresponds to what the masses want to read – even if that means celebrity lifestyle books, pulp fiction or magazines. This does not necessarily mean bad literature. In fact, considering so-called mass literature as less worthy literature is an often elitist attitude towards culture, with which public libraries should be especially careful. Sure, classics like the Iliad or Jane Eyre are exceptional literature crucial to our cultural heritage and our understanding of the world, but mass literature can be just as important for progression. Research has shown that reading fiction – any fiction – may have various benefits for our mental health, as it increases our empathy and can help us to understand our own social experience. It is even used as a therapeutic method, called ‘bibliotherapy’, in which reading is used as a tool to cope with mental illnesses like anxiety and depression. Such benefits should be available to everyone – not only an elitist group. Thus, by reaching out to as many people as possible, a public library can help to improve the public’s mental health and resist inequality.

With that said, one of the most important tasks of a library is to educate society. By ‘educating’, I don’t mean just offering a space where people have access to the books and resources they want to read, but actually taking an active role in that process. In a 2009 article, Per Svensson argued that ‘library visitors should be persuaded to choose what they did not know they wanted’. After all, what the masses want tends to reflect what is mostly promoted or spoken about – it is human nature to stick to the familiar and invest time in something which you have heard is worth it. Thus, to provide literature that corresponds to what the masses want to read is not as simple as passively listening to what is currently trending in society; on the contrary, libraries have the power to affect what is trending.

The very core of education is about expanding and deepening your understanding of the world. This can only be achieved by stepping outside your comfort zone and exploring ideas and worldviews that you aren’t already familiar with. Thus, to actively educate society, libraries should offer and promote literature that challenges what the masses want and diversifies collective thinking. It may be LGBTQ+, Black or feminist literature, fiction or non-fiction, but above all, it should be literature that challenges normative structures and promotes diversity. Representation of different groups is fundamental to an equal society and it needs to be reflected in the books that public libraries choose to buy, regardless of genre. Authors from beyond the West such as Patience Agbabi and Farid ud-Din Attar and authors challenging normative structures in their narratives such as Jaqueline Woodson and Jean Rhys should be put on the front shelves and promoted, so that someone who came in with something more mainstream in mind is persuaded to explore their literature.

So, should libraries focus on what the masses want or what they think the masses should read? Well, they need to do both. In order to foster integration and mental health whilst preventing an elitist structure, a public library must consider what the masses want to read.  But to educate and prevent uniform thinking based on norms and prejudices, libraries must go beyond what the masses know they want and inspire unexpected curiosity. By lifting authors from different backgrounds and promoting texts in which normative structures are challenged, libraries can diversify collective thinking and help move society away from prejudice and segregation. Diversifying reading habits not only educates the individual, but society as a whole. Public libraries have a vital role in building an inclusive and equal society, in which every voice matters.