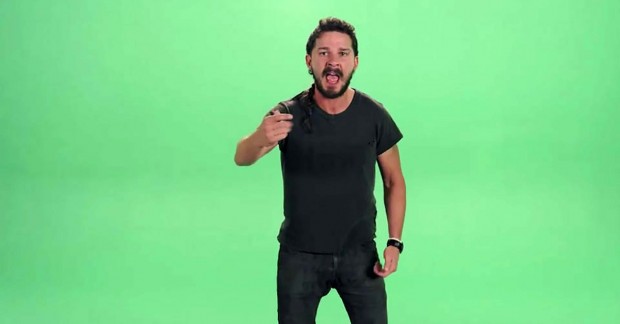 Tabloids would like us to believe that there’s no such thing as a happy former child actor. And maybe that’s true  –  being scrutinised on a daily basis isn’t an easy thing with which to cope. Psychologically, finding fame during childhood can affect growth hugely, causing famous figures such as Amanda Bynes and Lindsay Lohan to ‘break down’ in recent years. Articles often employ epithets like ‘troubled’ and ‘crazy’ to casually define these celebrities in terms of their mental health, without considering the connotations of these words.

A vicious cycle is created where the media only brightens the spotlight that causes the behaviour it bemoans. As former actress Mara Wilson, of Matilda fame, says:

‘Having to live up to your fan base is a little like having to deal with a million strict parents who don’t actually love you. They reward you for your cuteness and cleverness, but are quick to judge and punish. And they do not want you ever to grow up. How do you react? The way any sullen teenager does: You get resentful, and as soon as you have the freedom, you act out.’

Shia LaBeouf has, entertainingly, ‘acted out’ a lot in recent years, and his behaviour has divided opinion. The last two years attest to an odyssey of unannounced performance art. In 2015 the Huffington Post called it a ‘decline’, and the Hollywood Reporter calmly ensured you these are ‘crazy antics’.

There is a difference between the outrageous and the insane, but the two are often considered the same when interpreting LaBeouf’s actions. Having trespassed, brawled, and head-butted his way to the police in the past, anything else LaBeouf does is judged based on how low he can go, as tabloids continue their search for scandal.

Through this lens, LaBeouf has been called attention-seeking – well, he said it himself. Ironically, the media has a short attention span; this criticism peaked in early 2014, yet, ever since, Shia has just kept going. Like a joke that becomes funnier the longer it fails to end, LaBeouf is on the verge of becoming accepted by cynics after his latest project, #AllMyMovies.

What was intriguing about #AllMyMovies was how it commented on the importance of perspective. Watched by LaBeouf himself in a New York cinema, and also screened simultaneously online, was a complete retrospective of his films, screened in reverse chronological order and transporting him back to his Even Stevens innocence. Above his films was a film of him watching the films. Some may see the project as arrogant, considering Shia is 29 and reflecting on his work via a ‘performance’ in the vein of Marina Abramović at MoMA in 2010. But the project’s focal point – the live stream – unexpectedly countered this idea of self-indulgence, despite being 72 hours worth of LaBeouf’s face for us to watch as voyeurs. #AllMyMovies acted like a microcosm of the surveillance he receives by the media, almost satirical in how its extended length meant most of the project consisted of Shia LaBeouf’s normal face.

We weren’t looking at what he’s done, we were witnessing what he’s doing – being, or acting as, himself while reacting to his former self on screen. LaBeouf continues to play with the idea of the ‘vanity project’, a label that defines the debate surrounding his behaviour. He is extremely conscious about his image, perhaps refashioning his identity now after lacking the opportunity to do so without scrutiny during childhood. With each consecutive ‘bizarre’ act, what once was seen as abnormal is becoming Shia’s identity, growing since the new beginning of ‘I AM NOT FAMOUS ANYMORE’ in February 2014, these words marked on a paper bag helmet.

LaBeouf’s performance art reflects a lightness – in the sense of the word in Milan Kundera’s novel, The Unbearable Lightness of Being – that life can only be lived once and, therefore, any burdens like shame should be ignored. It’s a way of living that’s become known as ‘YOLO’ today. And that’s what makes LaBeouf interesting and increasingly bearable – his projects arrive without pretext, with minimal fanfare. They just are.

Compare this with the ‘heaviness’ of tabloids: as each misstep by LaBeouf must be presented as news, a grand story is created based on scandal. He can only be of interest if he is unbearable, in an attempt to explain actions designed to be inexplicable.

The question arises: at what point, if ever, can Shia LaBeouf be considered a performance artist? Today, it’s increasingly accepted that identity is fluid; lives are not set on a single path as they once were. But if you choose to wake up tomorrow morning and become a performance artist rather than, say, a farmer, your experience won’t be as simple as a conversion to agriculture. Criticism is necessary in the pursuit of art, and Shia’s received a lot of it.

What #AllMyMovies achieved best was how it presented LaBeouf without pretence. It broke through the harsh, bite-size coverage of tabloids with its real-time, extended duration, resulting in a sense of verisimilitude that he clearly prizes in his method acting. It remains to be seen whether this marks LaBeouf’s return to normality, as the media might consider it, or if his next project will use technology, time, and –  most importantly – the walking meme of Shia LaBeouf, in a bigger way.