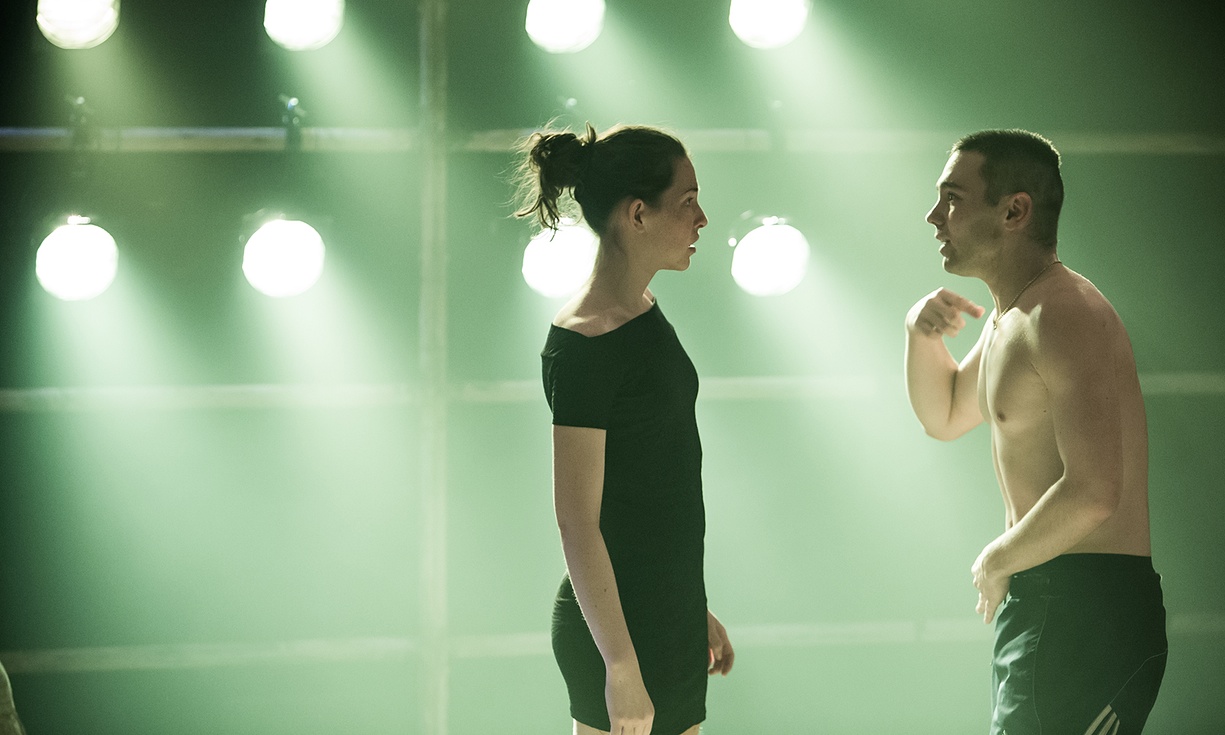 Anna Jordan won the prestigious Bruntwood Prize for this study of childhood neglect and testosterone-induced emotional denial. Her play is taut but impactful, burrowing beneath the breadline to find two brothers, 16-year-old Hench (Alex Austin) and 13-year-old Bobby (Jack Davies), holed up in a filthy flat in Feltham. Theirs is a hermetic existence, swallowed up by wall-to-wall porn and video games. A single window, elevated ten feet from the ground in Georgia Lowe’s striking set, provides their one point of contact with the non-virtual outside world. Their mother (Sian Breckin) rolls in from time to time, with a bundle of apologies and false promises, but the lads are left to fend for themselves, stealing food, clothes and fags to get by.

A life without school, without parents, and without limits: it’s the dream of every frustrated adolescent, pushed by Jordan to an unsparing extreme. Hench wets the bed, Bobby suffers from untreated psoriasis, and all the brothers have between them is one t-shirt, a bed and some cash. They’ve been untethered from society for so long they have turned feral, as indicated by the rusting monkey bars that frame the stage. Jake Davies’ Bobby has all the energy of an unleashed pit bull terrier, racing about the room with destructive, gleeful abandon. Austin’s Hench is older and more taciturn, his perpetually vacant expression concealing the anger that churns within him.

Ned Bennett ratchets up the tension with Elliot Griggs’ stark lighting and a menacing sound design. Added to this is the silence between the scenes, protracted to the point of oppression. It gives the production a hulking brutality, flexing and twitching with a mob-like feverishness matched by the performances of Austin and Davies. Their performances have a violent undertow that frequently erupts and spills out into the flat, when their scrawny, half-naked figures tussle across the floor, snapping and spitting at each other like rabid dogs.

This makes it difficult not to fear for Jenny (Anne Elwy) when she arrives in the flat. Standing amid the stench of sweat and nicotine, she could have originated from another world; in reality, she lives opposite, lonely but loved by a comparatively functional family. Just 16, she is preternaturally mature, empathetic and immaculately dressed. An animal lover, she has come over to complain about the maltreatment of their dog, Taliban, left to starve in the upstairs bedroom – but in the boys she finds a desperate and no less urgent outlet for her sympathy.

The boys don’t know how to react to Jenny. That’s not surprising: their experience of women thus far has been limited to their alcoholic mother and the violent porn they watch. Sex they can do – it’s impersonal and aggressive – but the brothers find intimacy more difficult to compass. Bobby is overfamiliar with his mother on the infrequent occasion she turns up, spooning her in bed too eagerly, or kissing her too passionately. Hench flies too much in the opposite direction, cultivating a cold indifference. So it is a strangely beautiful thing to watch when, in a scene sensitively directed by Bennett, Jenny traces Hench’s nervous hands over her skin, teaching him how to show affection without recourse to violence.

Anne Elwy is compassionate without being saintly, undaunted as she navigates the boys’ torrential racism, sexism and homophobia as if stepping over broken glass. She realises immediately that the brothers’ chauvinism and violence is a defence mechanism, accrued and refined over time to conceal their fear and anxiety. Later, Hench says meeting Jenny was ‘as if someone had opened the curtains’, eking out each word with the painful difficulty of an introvert emerging from his carapace. Jenny helps the brothers acknowledge and articulate their suffering. They switch off their video games, light pours into their room.

Jordan’s writing bifurcates: there is violence and there is tenderness in equal measure, both extreme. She shows the violence, never far from the surface, that occurs when emotions are denied, or fear is suppressed. Hench and Bobby are criminals in the end, but they are flawed and broken people, and Jordan treats them with a tenderness reserved for innocents.

‘Yen’ is playing at The Royal Court until 13th February. Visit http://www.royalcourttheatre.com/whats-on/yen to book tickets.