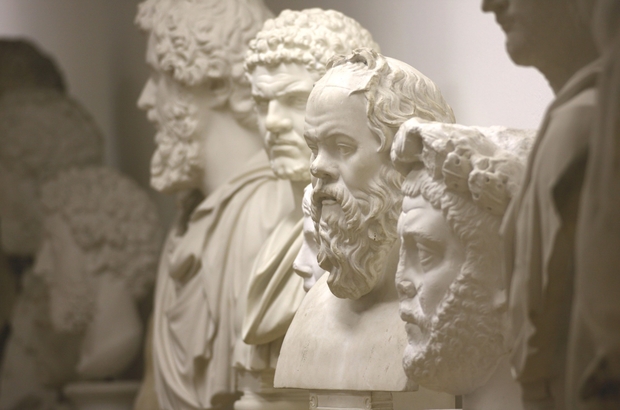 BENEDICT YEO outlines the current flaws in UCL’s attempts at diversifying its curriculum.

For an institution that brands itself as ‘London’s Global University’, there is a worrying flaw in the current UCL curriculum: there is a Eurocentric dominance of perspectives and content, with a failure to provide a more inclusive debate on ideas beyond Europe.

Back in 2014, students from UCL’s Black & Minority Ethnic (BME) Students’ Network launched a ‘Why is My Curriculum White’ campaign, which included a short film exploring the experiences and opinions of students on the diversity of UCL’s curriculum. The video was a response to the study done by the NUS in 2009 on the experiences of Black students in higher education. The study results revealed that ‘42% did not believe their curriculum reflected issues of diversity, equality, and discrimination’ and ‘34% stated they felt unable to bring their perspective as a Black student to lectures and tutor meetings’.

In response, UCL embarked on a journey to diversify its curriculum by setting up a working group consisting of staff and students known as ‘Liberating the Curriculum’ (LTC) in 2016. There have been projects funded under the LTC goal to diversifying UCL’s curriculum, including projects like ‘LGBTQ+ Healthcare in Medical School’ and ‘Diversity in Anthropology’. These projects, though a right step forward in creating a more diversified curriculum, have their limitations and do little to tackle the endemic issue within UCL.

Firstly, there is not enough reach in terms of achieving university-wide diversity in curriculum. These projects are largely restricted to individual departments of study. The attempts at diversifying the curriculum, be it reading lists and their engagement with postcolonial thought, have been very much watered-down. For instance, UCL’s Philosophy department’s website has no mention of texts or modules that examine Eastern philosophers and their ideologies. How can a student then, within the walls of a university that boasts to have been the first to admit women on equal terms with men, receive an education which does not just examine the hegemonic thoughts of the world?

The answer may well lie in the students themselves. Around 41% of UCL’s undergraduate students come from over 145 countries and there is no better way to engage critically with a spectrum of perspectives and ideas than to engage directly with them. It is time for UCL to start thinking of a framework that allows greater dialogue and cooperation between course conveners and the students in shaping the curriculum. They should have a greater say in choosing materials for the reading lists; allowing them to take ownership of seminars and tutorials by having them to introduce the works of postcolonial and BME scholars. We should be able to critically examine and debate the works from outside Europe that are influential but greatly underrepresented in the current curriculum.

Diversity for the sake of diversity?

Some argue that diversity comes at the cost of merit. They say that in the pursuit of achieving a more diverse curriculum, the ability to critically and robustly engage with debate will be undermined. But this makes equally dangerous assumptions: that the inclusion of ethnic minority and postcolonial writers is solely based on the need to ‘diversify for diversity’s sake’. That is far from the truth. The fact that such an argument is even raised suggests the bias against non-European/female/black scholars. It is precisely because of the lack of exposure and understanding of works and scholars from other parts of the world that leads to such a conclusion drawn. How do we know that there is no merit to alternative ideologies if we do not start examining them in our study in the first place?

Moreover, understanding perspectives from a different culture, sexuality, physical ability, race, and religion will not only provide a far more comprehensive and robust curriculum that stimulates stronger critical thinking, but also teaches students to be more empathetic. A more diversified curriculum will help establish UCL as a global university not just in terms of the demographics of its students, but in the ability to appreciate perspectives from various people and cultures while challenging our own pre-conceived perspective of the world.

But to go along with appreciating other non-European perspectives, to challenge ‘whiteness’ is to challenge the notions of Britishness and Empire. We should be taught that the world’s histories are intrinsically interconnected. The legacy of colonialism, for example, means that British literature cannot be studied without a reference to the postcolonial context. Our curriculum should involve this re-evaluation of the traditional and canonical writers from new perspectives. Why not, in an English class, do more to study Shakespeare in a postcolonial context?

And what are the challenges?

Yet there are certain hurdles that UCL faces in its journey to diversifying its curriculum. There are the financial restraints of hiring or advising experts or scholars from non-European/male/white background in order to ensure that the inclusion of such diverse material is of a standard that augments the current curriculum. This is not to say that current academics lack the ability to bring in knowledge from other cultures. However, if there is to be a real demolishing of a Eurocentric curriculum, such hiring practices will be necessary and beneficial in the long run – a curriculum can only be as good as the knowledge and material that is taught.

Another hurdle would be the systemic difficulties in the implementation of a diversified curriculum. Such a drastic change in curriculum would require changes to the structure and content of modules, the reading lists provided, the way discussions are held, and the recreation of materials for teaching. The Eurocentrism of our curriculums is about more than just simply the topics covered, but the intrinsic white, male, European way topics are presented. Change requires time and there is bound to be huge inertia at various stages of diversifying the curriculum if there is not enough will from departments to do so.

Perhaps the most important question that one should ask in university is this: has my education given me insights and knowledge that have challenged the beliefs and ideas I had prior to entering university? By considering such a question, one will realise that this whole movement is not simply one about decolonising the school, nor one about ‘removing’ the whiteness of the curriculum and filling it with colours of the world. It is also about the importance of a university education that is able to broaden and deepen one’s knowledge of the world, and to teach one the ability to critically challenge dominant narratives by having an appreciation of alternative perspectives. Certainly, we must work to question the ways in which UCL’s curriculum obscures voices that have remained unheard and underrepresented for too long now. But to frame this whole movement as purely a quest to remove the ‘whiteness’ in our curriculum is to miss the essence of a university education.