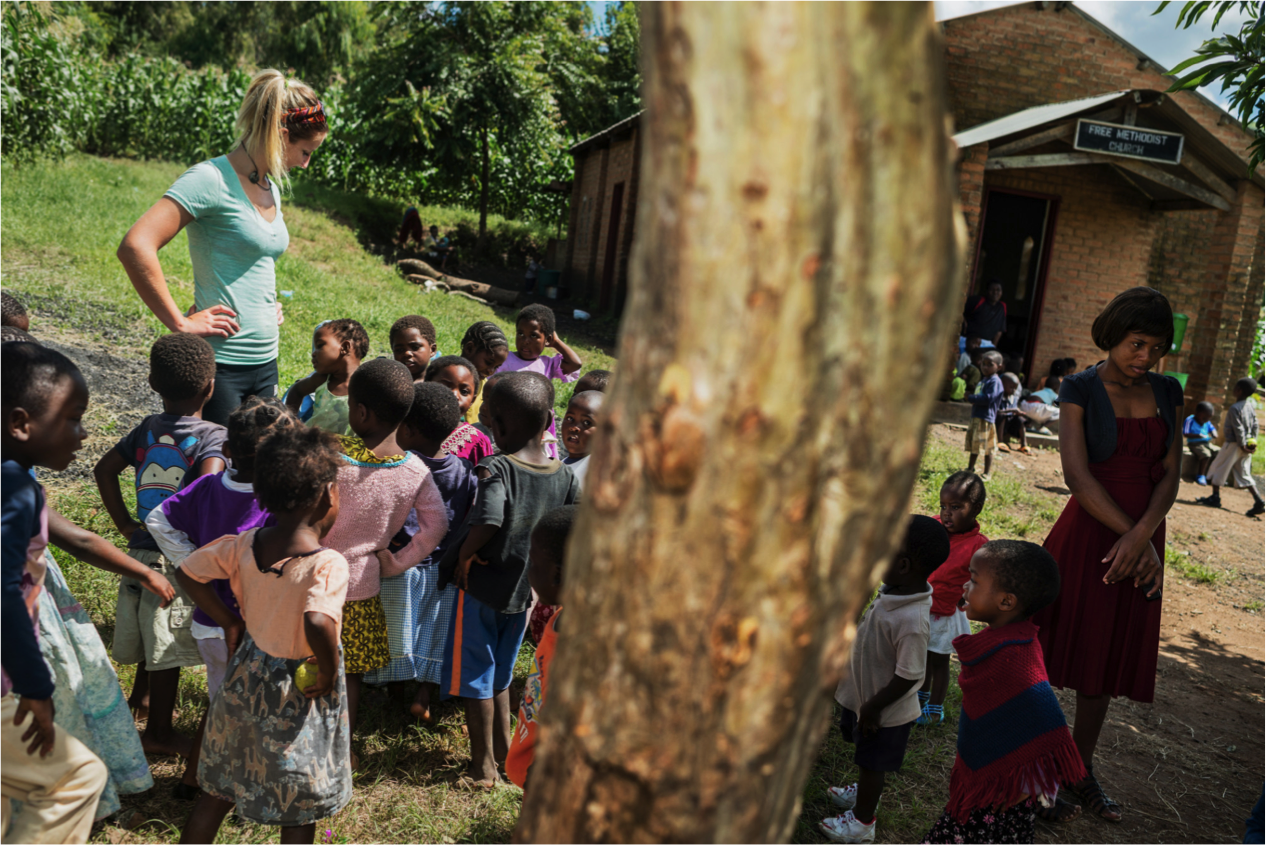 ESHITHA VAZ explores the real consequences of  ‘voluntourism’, and the misleading messages of the organisations behind it.

Volunteering: a word that automatically conjures up visions of altruism and goodwill; an activity that is seen to be morally and socially valuable in its benefit to others. And rightly so — to an extent. Volunteers have contributed greatly to the maintenance of NGOs in the Global South, and continue to facilitate the social, political and economic wellbeing of communities in less economically developed countries. However, in a world where Westerners seem to be travelling further and more frequently, ‘voluntourism’ – ‘a form of tourism in which travellers participate in volunteer work’ – is becoming an increasingly entrenched norm among younger generations. We need to ask ourselves who is really benefitting here, and who is getting left behind.

Young people have become more aware of the damaging inequalities within their societies, and the motives for travelling to the Global South have shifted accordingly. Travellers often set out with a strong social conscience and desire to ‘do good’. But regardless of whether the central crux of intention is to benefit the communities, many young volunteers who visit deprived areas negatively affect economic development. They have inadequate skills, and this has detrimental consequences.

Many critique ‘voluntourism’ on an individual level and target the ‘voluntourists’ as the focal point of condemnation, but it is rather the structural framework of the ‘social good industry’ that lies at the heart of the problem. The marketing of voluntourism is the primary issue at hand. Companies rarely ask for qualifications when they offer young people the chance to teach English in the so-called ‘developing world’, which results in a growing number of 16-20 year olds assisting or even leading classes to children as young as five years old. In the hypothetical situation that an 18-year-old with no experience of teaching children was to take over a class in the UK for a fortnight, there would be uproar. When this situation is placed in our familiar Eurocentric context, it seems rightly bizarre. So why should it be acceptable in any other country?

Similarly, the short timespan of the ‘voluntourism’ can be problematic. The young children will witness a constant conveyor belt of young people churned into volunteering placements often for no longer than a month at a time, especially around European summer time. This short-termism can be academically challenging for the children: not only do they tend to be taught the same material via the same activities, it is also hard for teachers, unskilled or not, to assess the children’s academic level in such a short time frame. They are unable to adapt to the particular needs of each group. Moreover, academic research finds that children tend to experience difficulties with the high turnover rate of volunteers, given the likelihood of forming emotional attachments.

Evidence even suggests that the popularity of volunteering in orphanages has facilitated an industry that can intentionally subject young children to poor conditions, in order to gain more money from unsuspecting volunteers. UNICEF estimates that less than one third of income to orphanages goes towards childcare, leaving many children with little prospect of a healthy future. In Haiti, 30,000 children are institutionalised in orphanages. This structural institutionalisation can cause a trajectory of psychological difficulties throughout adult life.

The basis of the problem lies in the influx of unskilled, short-term volunteers, and the business appeal of superficial, short-term ‘benefits’ this has. Instead of companies recruiting unskilled volunteers from abroad for construction work, however well-intentioned their motives might be, it would better benefit the community if locals were hired and paid for the job. As it stands, organisations only make worse problems that they are trying to alleviate.

The clue to solving the problems of ‘voluntourism’ lie within the structures of the organisations that promote it. The marketing of the voluntourism industry needs to move towards a more ethical and effective management of placements. Currently, a growing number of voluntourism organisations include promotional images and videos that feature adventure and ‘exploration’ as the central content, while details of the communities are often set within the background.

Furthermore, organisations can capitalise on the good intention of student interest to be of help to communities by offering an ‘authentic’ experience of witnessing ‘true’ poverty. In doing so, despite most volunteers themselves acknowledging their privilege as Western citizens and having the intention of mitigating such power within the host context, a growing number of voluntourism companies advertise their placements by means of a ‘saviour’ narrative. Objectifying deprivation is not a sustainable method of conducting real change.

However, voluntourism in itself should not be portrayed in a wholly negative light. Doing so may discredit and undo the beneficial progress and development facilitated by volunteer organisations, especially in war-torn and poverty-stricken zones. It also risks the disillusionment of aspiring young people who want to travel as well as be of help to disadvantaged communities. Of course, volunteers with relevant qualifications will benefit areas in need of medical, constructional and education professionals. For example, volunteers who are multilingual, including a knowledge of the native language of their host country, are in high demand for longer time frames to teach in schools within deprived areas. Many volunteer organisations, such as The Wandering Scholar and VSO, provide ethical voluntourism programs for those without such a specific skillset, consciously excluding the narrative of ‘instant change’.

As much as volunteers may need to be more sensitive to their chosen placements and their time-frame, the handle of change can only be turned for the better with a restructuring of the voluntourism organisations themselves. They will need to prioritise a narrative focused on joint, mutually beneficial learning between volunteers and host communities. Today, the voluntourism industry’s flaws run deep. Noticing the wounds is the first step to healing.