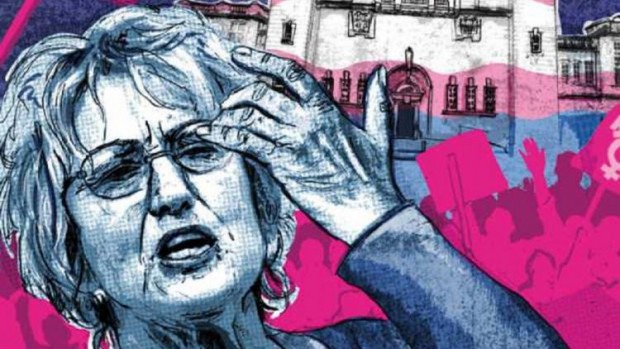 Wouldn’t it be comforting to think there is an indisputably ‘right’ way of doing things; that there is a correct world view to which anyone in their right mind should conform. The world is, of course, too complicated for one line of thought to be correct, which is why debate and exposure to other views is necessary. It is when people, communities, organisations, and governments try to close off that crucial polyphony of voices or attune them to their own ingrained opinions that narrowness sets in. The polyphony becomes a monophony and progress is stilted.

In a western, liberal democracy, a lot of us take free speech and press for granted. Having not experienced full censorship, there are those to whom banning looks like an easy way of making the world a more comfortable place – after all, if no one is around to question what is indisputably right, the task of implementing ‘rightness’ becomes easier. Why suffer the rigours and uncertainties of debate when one can simply eradicate the perceived ‘wrong’ altogether?

Perhaps that explains why there are students at universities with few qualms about overriding this fundamental human right. In 2014 The New York Times published an article about students at California University requesting ‘trigger warnings’ for books containing anything that students might find upsetting. For instance, a trigger warning should be placed on The Great Gatsby because it contains: ‘a variety of scenes that reference gory, abusive and misogynistic violence.’ The purpose of this measure was not, according to one student promoting the idea, to deter students from reading the book; rather, it was supposed to prepare them for what upsetting things may be inside.

There are so many problems with this argument. First of all, the reason why trigger warnings are applied, to films or chemicals for instance, is so that people (mainly children) do avoid them. But let’s pretend this is about preparing students: what does the preparation process involve? Does it allow them to take a few breaths; make sure a defibrillator is nearby; to steel themselves against the – shudder – ‘bad things’ that happen in all works of literature? Children’s books such as Percy Jackson and the Lightning Thief contain references to ‘misogynistic violence’ – should we be slapping a trigger warning on that too? And what about the messed up stuff in Roald Dahl books? And the blatant child abuse in Harry Potter? Surely if kids can handle this kind of content then university students can too.

There was also a case at Oberlin College, Ohio, where students distributed guides to lecturers advising them to apply trigger warnings to their syllabuses. According to this guide, students should be warned beforehand if a course touches on: ‘racism, classism, sexism, heterosexism, cissexism, ableism and other issues of privilege and oppression’. Surely this measure is redundant. For instance, do we really need fine print at the bottom of a history syllabus warning students that the course: ‘May contain sexism and other issues of privilege of oppression’? Isn’t that what history is about? Isn’t learning about these issues, in complex and challenging ways, crucial to understanding and alleviating them in the modern world?

Another ugly practice is also rearing its head in university lecture halls. I’m talking about ‘no-platforming’: the action of preventing someone from speaking at an event through protest or policy. A few months ago, Germaine Greer was due to give a talk on ‘Woman and Power’, but students tried to stop it in fear of her views on the transgender community. As evident from the title, the talk had nothing to do with the transgender movement, but since Greer does not accept the gender identity of trans* women, she must be banned from speaking at universities in case her bigoted vitriol leaks out of her body into the unsullied air of the campus. The university’s decision seems to suggest that simply hearing Greer’s views would inevitably encourage students to become transphobic.

We cannot simply dismiss or block ideas because they cause offence. People have different views on gender. Greer has her opinion. I personally disagree with her, but that doesn’t invalidate her view. Banning someone you disagree with may feel like fighting the world’s ills, but in reality you’re simply allowing that person to return to the world unquestioned. You’re also making it look as though you don’t have a counterargument.

Greer hasn’t been the only victim of no-platforming. Recently, a NUS representative refused to share a platform with life-long LGBTQ+ campaigner Peter Tatchell on the grounds that he was transphobic and racist. The basis for these allegation was that he had signed a letter to The Observer objecting to the prevention of Germaine Greer, and others, from speaking at universities. Mary Beard, a prominent classicist, also signed the letter, and was attacked on Twitter as being ‘transphobic’ and ‘whorephobic’. This treatment of Mary Beard was not a mere protestation or criticism: it demonstrates cowardice and intimidation of the worst kind. Other casualties include secular activist Maryam Namazie for criticising Islam, feminist Julie Bindel for transphobia, and comedian Kate Smurthwaite for ‘whorephobia’.

Are the opinions of these people so disgusting, so blasphemous, that they simply should not be heard? As much as all standpoints, ideologies, opinions, and religions should be respected and tolerated, they should also be rigorously questioned. That is the process by which old prejudices are upturned. University is a place designed for intellectual interrogation; being at university shouldn’t be about hiding from offence but a time to face it head on. Otherwise, we are in danger of imposing a new type of censorship that is equally liable to stagnating and imposing attitudes as old-fashioned state-sponsored suppression.

Of course, you don’t have to listen to a speaker. That is your right. That is your choice. But it is not your right to prevent others from listening to something that could – for all you know – inspire them, or indeed reconfirm their personal conception that the speaker’s stance is incorrect. If ‘offence’ is your sole reason for not attending a talk, that’s your loss. All speakers, short of inciting violence, should be allowed a platform. We can’t take free speech for granted.

Listen to them. Let them be heard.