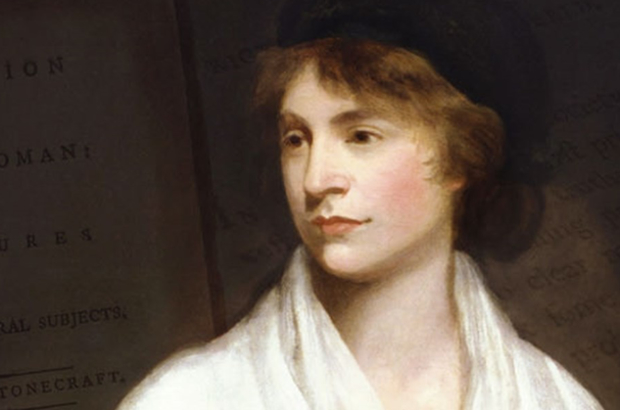 THOMAS NGUYEN discusses Mary Wollstonecraft’s message on education for the Time’s Up generation.

Following the #MeToo and Time’s Up movements, the ever-growing number of liberating speeches, marches and articles give us hope that the fight for gender equality is progressing. Springing from Alyssa Milano’s accusations against producer Harvey Weinstein in October 2017, debates on sexual harassment and sexism have opened up in all spheres of society – ranging from politics and the military to fashion and business. Oprah’s speech at the 2017 Golden Globes, Israel’s victory at Eurovision with the song ‘Toy’, and the hundreds of testimonies given the spotlight in national newspapers are just a few of the encouraging examples. It seemed, for the first time, that male executives, actors and photographers who had previously abused their power were finally getting brought to justice. Despite this, we are yet to reach the essence of the problem: namely, that a child’s education, both at school and at home, is still fundamentally patriarchal. More than two hundred years after their first publication, Mary Wollstonecraft’s two main works – A Vindication of the Rights of Men and A Vindication of the Rights of Women – can help us reflect on our progress and advise how best to continue in the right direction.

Perhaps surprisingly, Wollstonecraft was criticised by many advocates of gender equality on her lack of firmness when defending the rights she so dearly wished to vindicate for both men and women. Understood by her contemporaries as an extended plan for education, Wollstonecraft’s writings were only embraced by the Suffragettes as a feminist work after having been ignored by social movements for more than a century. The author saw education as the key institution on which human structures and relations are based. She believed that to achieve an equal society we should focus our efforts on the upbringing of children – without this, nothing would change. Today more than ever her solution resonates as a guide for the Time’s Up generation.

Primary school is a crucial part of instilling a sense in children that gender equality is the norm. It is where children start finding their place in the social world and shaping their attitudes towards the opposite gender – indeed, it is a microcosm of the adult world. To achieve an ‘un-gendered education’, Wollstonecraft called for 18th century boys and girls to be dressed alike and submitted to the same rules in schools where there would be ‘no distinctions of vanity’. In the same vein, boys would not receive any privilege based on their sex, and girls would not be treated as what Wollstonecraft described as delicate ‘princesses’.

Another revolutionary aspect of Wollstonecraft’s theory was its dissidence with the idea that interests are defined and limited by sex. ‘Girls and boys’, she wrote, ‘would play harmlessly together, if the distinction of sex was not inculcated long before nature makes any difference.’ Her approach to education did not merely concern proper schooling, but encompassed the way in which children are taught behaviours informally. Wollstonecraft argued that girls have no more natural interest in ‘dolls and dresses’ than boys, for example. She believed that the 18th century’s ‘false system of education’ was the origin of the ‘weakness of character ascribed to women’. The way in which girls were educated encouraged them to behave as soft and fragile creatures, which is still true to some degree in many households, schools, and areas of culture today. Girls today are still expected to care excessively about their appearance, not to engage in ‘brutal’ sports and to behave in a feminine way – albeit boys are constantly pressured by conceptions of masculinity also. Wollstonecraft believed that a new culture free of such standards should be laid down: the ‘preparation for life’ that is education at home must help children affirm their true selves and not lose their natural complexion to a false idea of gender. A society of men and women who have each learned to embrace who they are from a young age can only grow more tolerant and empathetic.

Introducing these notions in school will later influence the social and professional spheres.  As school marks most children’s entry point into society, raising an awareness of equality at this early stage can only have virtuous effects on how social patterns are later moulded. Wollstonecraft predicted that with political and scientific subjects open to women, they would become as able to claim high-end professional positions as men. Emphasising the equal status of sexes in education would be a rational answer to the enduring wage gap – as children would have grown to realise the irrelevance of gender in defining one’s capability. Equality in schools would also erase forced gallantry and coquetry. In Wollstonecraft’s pioneering utopia, men and women would not only treat each other as equal, they would better understand and respect each other.

Wollstonecraft’s wise words should be applied to the challenges of our time. We must alter the teaching of children to tackle the roots of gender inequality, whether it be in the classrooms or around the dinner table. Thanks to the Time’s Up movement, some behaviours are no longer tolerated in a professional environment and – hopefully soon enough – on the streets too. On an individual and cultural scale, change will only prove potent if we revise how we approach education, in order to improve the small injustices of everyday life. Lasting progress requires post-Weinstein rules to be applied to all aspects of life; and I would bet on education as the most useful way to achieve such a long-awaited undertaking.