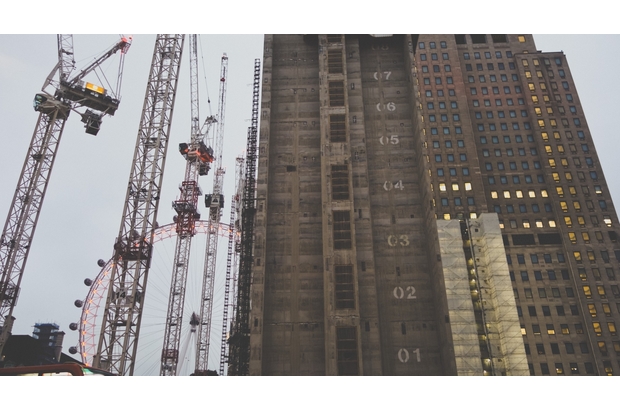 At Platform on The Cut, you can hear the rumbling of Waterloo trains nearby and see the Shard looming above. The Southwark venue, comprised of three floors open to free-form art, music and performance, sits amidst the epicentre of London theatre. It is the perfect location to see—or, rather, get involved with—‘SE1′, a new play presented by Young Vic’s Young Ambassadors.

As a promenade production, audience members are permitted to wander around the room, with the same freedom as the characters around them. When the play begins, these characters, diverse in both age and ethnicity, are frozen in a tableau vivant, nestled in the corners of the large space. They represent a cross-section of the south London community, and speak of the quotidian aspects of life in the area. The characters come alive to speak to the audience in confidence, performing a monologue one after the other, making the audience pivot and close in on the next person that begins to speak.

What ‘SE1’ captures elegantly is the endless flow of obstacles and distractions that approach Londoners without warning. The range of characters includes an elderly, mentally deteriorating woman (played by Catherine Herman); a zealously organised receptionist (Gabrielle Sheppard); a contemplative, frustrated playwright (Isaac Vincent Gobel), and a creature (Ollie Harrison-Hall) that embodies the malaise that life in the city can cause. Every character has a unique story to tell, with perspectives ranging from the wise and philosophical to the self-centered and naive.

The creature opens and closes the play with his biting words, framing the story ‘of flats that touch the sky and residents who scrape the barrel.’ Though each scene is detached, embodying the way in which London lives can neighbour each other but remain separated, he moves from place to place, peering in upon the private lives of strangers and sneering at people in the audience, reminding us of our voyeurism.

‘City’s nervous. On edge. Getting red. Getting redder. Getting hot,’ he says, expressing the unease that some characters seem to feel but neglect to admit verbally. While the creature represents the id of any given Londoner’s mind, other characters represent the superego, either covering their frustration by focusing on a contrived focus in life — from the project of the playwright to the tidiness of the receptionist — or simply conveying contentment.

These stories of contentment reflect London as a place of hope, from the rural, middle-aged man who finds success with his London-based business (Martin South), to the neighbours — one a Nigerian immigrant (Comfort Fabian) and the other a London local (Sharita Oomeer) — who foster a friendship despite doubts.

The play questions what it means to be from London, or to have arrived in London, and how we take for granted our place in the city. For some, London is a place of opportunity, represented by the skyscrapers on the horizon, but for others, it has always been home — a home perhaps overshadowed by the same tall towers.

The vast metropolis hosts this collision of personalities, and ‘SE1’ wonderfully portrays the way in which each individual must find their own place among the chaos. ‘SE1’ is an innovative and authentic production, capturing the ordinary lives of south Londoners with subtlety and depth.

‘SE1’ was performed on October 14th at Platform on the Cut, supported by the Young Vic.