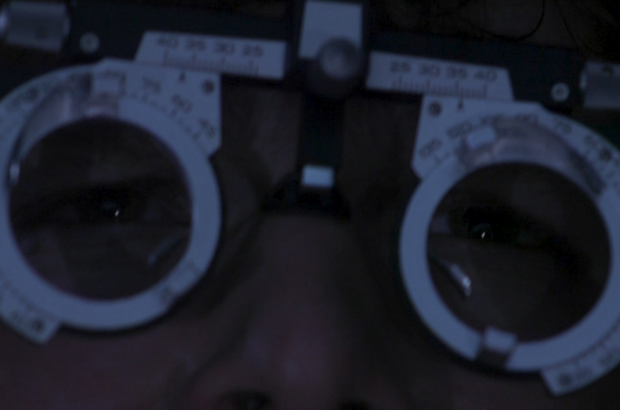 Performed by the UCL Drama Society in collaboration with Film Society, A Clockwork Orange captures the danger of state power in a corrupt dystopian setting.

Directed by Srishti Chakraborty and produced by Tanya Dudnikova, The show interprets Anthony Burgess’ play based on his 1962 novel. The play follows Alex (Luke Kelliher), the leader of a gang of ‘droogs’ (Elizabeth Zubanova, Rob Davidson, Charlie Sayer), who is notorious for his violent criminal activity. After being caught by the police and imprisoned for two years, Alex becomes victim to the brutal ‘Ludovico Technique’ in order to obtain a suspended sentence. Led by Dr. Brodsky (Maciej Manka), the experiment forces Alex to watch horrific video clips and is designed to make him detest any form of violence, conditioning him to vomit at the mere thought of it.

Chakraborty and the cast are successful in vividly creating the disturbing nature of Burgess’ totalitarian world, one of barbarity and malice. Immediately upon entering the theatre, the jovial music of ‘Lovely Ludwig Van’ (Beethoven) unnerves the audience, as it juxtaposes the haunting atmosphere achieved by the smoke-filled stage and stark-white lighting. The white and grey cut-outs that line the stage reinforce the clinical environment that frames Alex’s time in Dr. Brodsky’s laboratory.

The cast’s use of ‘nadsat’, a fictional teenage ‘slang’ composed of Russian and English, is particularly powerful in capturing the futuristic nature of Alex’s world. Whilst acting to distance the audience from the actors, Kelliher speaking directly to the audience adds a layer of metafiction to the drama that places agency on the audience as if we ourselves are watching the violent clips unfold before our eyes as Alex himself is forced to.

Violence is a key motif of the show, used to highlight Alex’s deterioration from powerful to powerless, the torturer to the tortured, and the cast members execute this well. The bright lights that shine on the audience contrast the dark, twisted nature of the characters during the transition between scenes, alluding to how the play remains relevant to a modern-day audience despite its fictional origins. As the curtains close for the interval, the laboratory chair that Alex sits on during his aversion therapy remains on stage, extending the experience of the play to maintain the ominous atmosphere throughout the night.

When Brodsky tampers with Alex’s biological reactions it raises concerns about whether he is a truly free agent after undergoing the Ludovico treatment. Manka’s alarmingly sadistic excitement generated by watching his victim suffer conveys how humans are reduced to objects to be abused by the state.

Kelliher’s portrayal of the protagonist is exceptional as he cleverly demonstrates the different layers of Alex’s character – at first dark and evil in nature, before becoming warped by trauma and pain following his exposure to Brodsky’s experiment. Despite Alex’s intrinsically evil nature and shocking acts of violence, Kelliher demands sympathy from his audience in a determined attempt to show his character is a product of a corrupt society.

The Minister (Zack Szreter) is a reflection of such a society; his desire to ‘get results’ used as justification for tampering with Alex’s mind despite the pleas from the prison’s Chaplain (Ghassan Abdulrazek) to consider the damage he will be initiating. Whilst generating laughter in his pompous, arrogant portrayal of the Minister, Szreter hauntingly reminds the audience of the fine line between choice and compulsion. In the grey-scale colour spectrum of the stage accentuates Kelliher’s bright orange coat to highlight how, despite being a lively teenager, he is a piece of ‘clockwork’ in a cold, mechanical society.

A thought-provoking moment of the play is the ‘curing’ of Alex’s trauma, led by Dr. Brodsky’s original accomplice, Dr. Branom (Eirian Williams). After being hospitalised following his suicide attempt, Alex’s conditioning is undone in Branom’s attempt to relieve him of Brodsky’s treatment, opening a further discussion as to whether it is better to be evil than forced to be virtuous, or whether it is acceptable to forcefully suppress one’s free will in governing their actions for them.

Overall, Chakraborty’s direction demands the audience to question whether Alex is habitually and incorrigibly evil by nature in his juvenile delinquency, or if he is merely a product of a corrupt society.