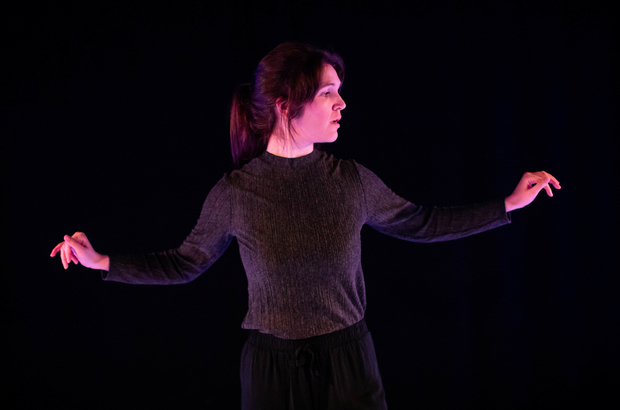 SOPHIE CUNDALL responds to When we Died at VAULT festival

[I think we all did, i think we’re all supposed to, they offered us a quiet room]

Was it the graphic descriptions of eye ball staples that did it? Of the ‘embalming fluid’ flowing through the corpses’ veins?

[i know it was for effect, knowledge plucked from the brain of an embalmer, but I felt too uncomfortable]

Was it that trademark stuffy scent that fills the underground air of the Vaults?

[thats what they don’t tell you about when you decide to make an edgy theatre under a train station I suppose!]

[actually that auto-corrected to train atrium, perhaps a more appropriate title given the, you know, *bodily* content]

Was it the threat of COVID-19 that is constantly on the back of our minds as bambi eyes peak over blue masks?

[masks don’t work, actually, they say now, but maybe I needed one for this show, a…shield]

Was it the lighting changes, they can be migraine-inducing, especially the white ones, we’ve all read the symptoms list on the NHS website?

[there was so much purple, actually- I hate purple, but does anyone like it? Maybe it’s only Prince]

Was it the kerfuffle at the start, the packed commute and the man who mocked me for having a press ticket and thinking I was important? [how dare a woman take up any space; who do you think you are?]

I say we, I was sat between two men.

[they laughed, a lot? There weren’t that many jokes]

Maybe it’s because I was on my ‘own’?

[loneliness is more dangerous when you’re a woman]

[I say think because I am not sure]

[not why it happens, but why I feel, you know]

Nothing will make a female-identifying body fall apart more quickly than a story of sexual violence.

Nothing will make your stomach drop, twist, churn, more quickly than a story of a man following you home, letting himself in…

Oh! I only wanted to use the loo.

They never do though; do they?

They never just want to check you’re ok, though; do they?

They never just happen to have crossed the road to your side just because it’s convenient though; do they?

Nothing is more familiar than, well, sexual violence.

1/3 women have experienced some form of it.

I think Alexandra Donnachie’s play and performance, finally, has captured that feeling. The fear. The sickness. The flinching. The anguish. The trauma.

They said it was a story of hope; living, despite the title, and in a way, it was.

She tells her mum.

[not many of us do that]

[not many of us do that]

It is a beautiful story and one that needs to be told, but one that has a deeply tragic, and despairing heart. To call it hopeful is misleading, but important, cathartic, it certainly is.

[i thought it was autobiographical, it isn’t, but the story is so common and disgustingly relatable it seems to serve the same purpose for both performer and audience]

Maybe more of us should tell our mums?

Maybe then they’ll know how it feels.

[but then again, they, laughing, probably wouldn’t listen anyway]

‘When We Died’ runs at VAULT festival from the 10th-15th March 2020. More information here