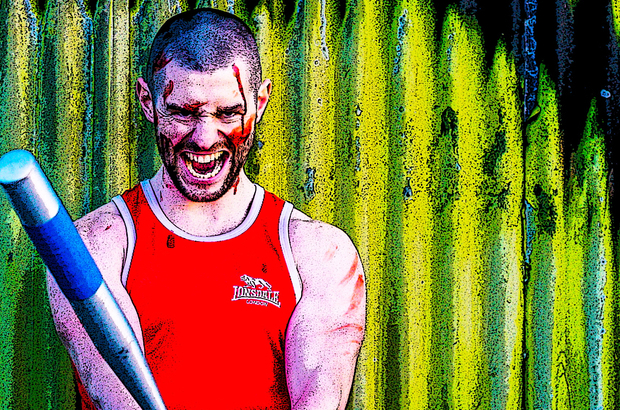 Though initially seeming like an awkward play full of pantomime and crass jokes, once the rapport was built between the three actors, Living a Little grew and grew until it became something rich and tender.

The characters and plot, on the face of it, seem cringeworthy and exploitative. Best pals Rob (Finlay Bain) and Paul (Paul Thirkell) are polar opposites, one a pseudo-macho Scottish boy, the other the ‘gayest straight man ever’. They sit sweet and pretty in their flat whilst the zombie apocalypse rages on around them. That is until Paul, wanking on the sofa, is disturbed when the battle-hardened Penelope (Jessica Manning) breaks into their flat and waves a ninja sword at him. After the initial commotion, the three begin to get to know each other’s experience of the zombie apocalypse. Penelope’s stories open the boys’ eyes to the horrors of the real world they have shunned, and she is similarly dumbfounded by their indifference to the end of modern civilisation. 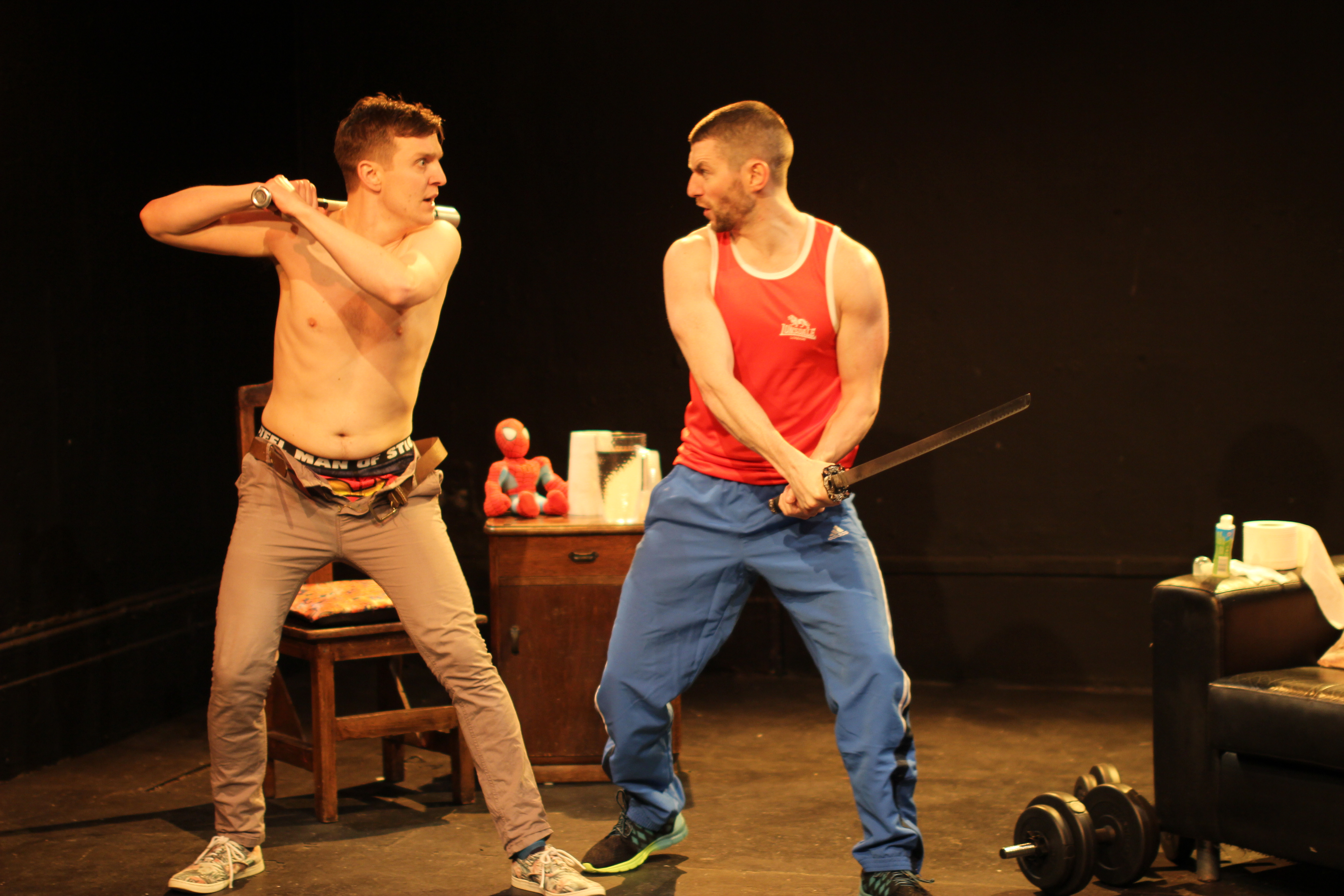 The play asks some larger questions which follow the familiar carpe diem path. Why spend your life focused on survival, with the constant fear of death? Instead, Paul and Rob use their remaining resources to drink beer, take drugs and masturbate, enjoying their last days as much as they can. The philosophical output of the play is thought provoking enough to hold an audience, but it is the charisma of the three actors and the charm of their interactions – complemented by the high quality of comedy writing – that is the show’s highlight. We’ve seen human relationships put as primary interest in a zombie apocalypse context in such films as Shaun of the Dead and Zombieland, but this staged zom-com focuses this further by confining the narrative to a single room. Though cinema allows for large-scale scenes of action, the stage as a medium works perfectly to contain solely what is the genre’s foremost concern.

Rob and Paul’s love-hate friendship is a particular joy to watch. Reminiscent of Peep Show’s Mark and Jez, this is what happens when opposites attract, if only staying together because the thought of loneliness is too much to bear. Paul’s effeminacy is brutally overplayed by Rob; when Paul returns from the kitchen with a few ‘snacks to nibble on’, all Rob has to say is ‘gay’ to get the audience giggling again. The production thrives on jokes that, though easy laughs, are always perfectly placed. Without dropping spoilers, the conclusion is genuinely heartbreaking, and testament to the strength of this relationship built up throughout the production. 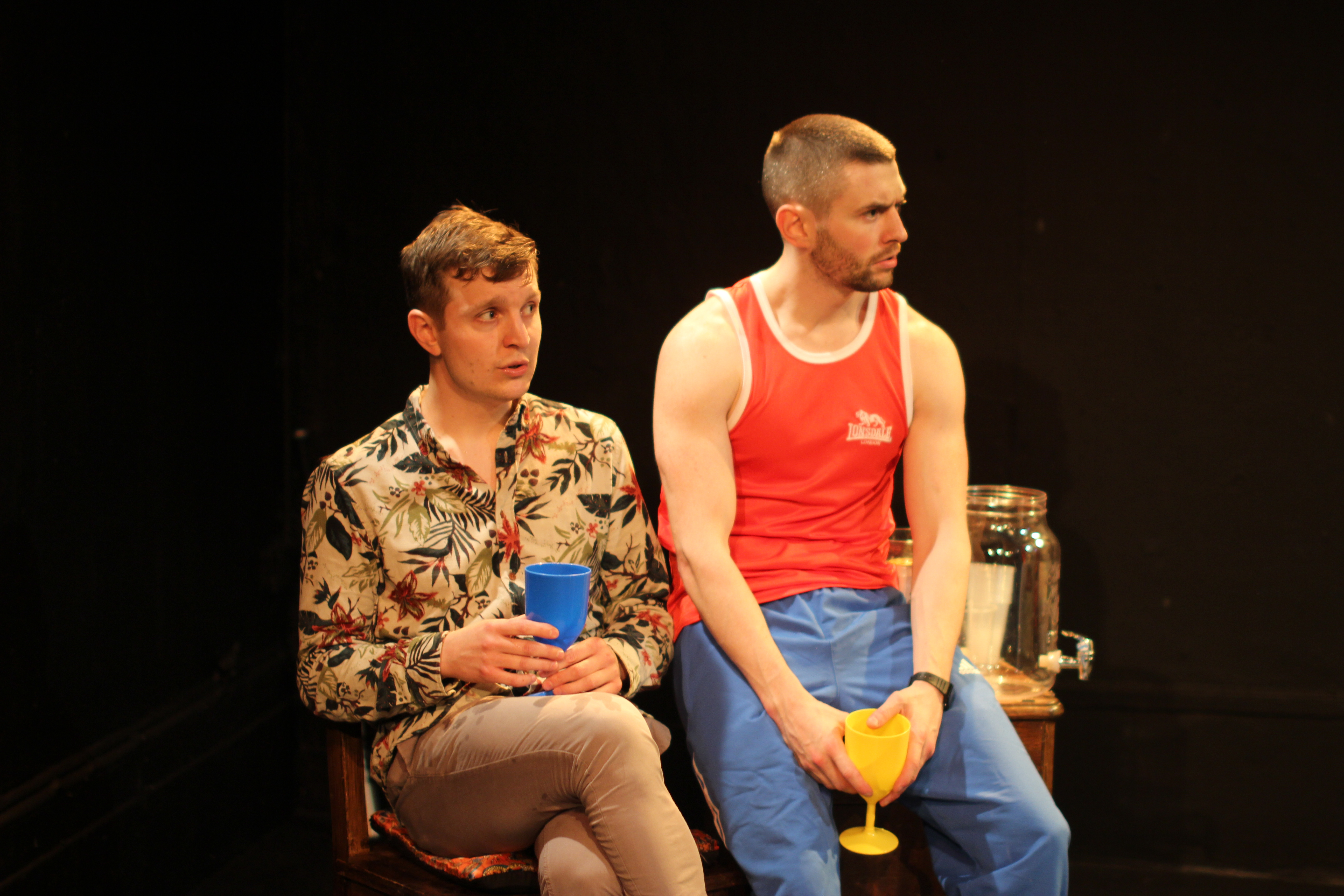 The play is certainly a little rough around the edges; the jokes were cheap and the script isn’t quite as profound as it likes to think it is. Yet, despite some sharp corners, Living a Little is a superb piece of theatre that combines perfect comedic timing with entertaining, energetic dialogue. More than anything, this is an hour of pure fun, and you’d be hard pressed to get as much bang for your buck anywhere else.

Finlay Bains’ Living a Little ran at the King’s Head Theatre from 6th-14th May after a successful run at the VAULT Festival. Find more information about the show here.